Omair Khan has been Chief Financial Officer of Anchor Group since 9 June 2016.

Omair is a Chartered Accountant (SA) and having served his articles with KPMG, where he was part of the Financial Services division and the Financial Engineering Group. There he gained experience in the global and local financial markets auditing financial institutions. Omair joined Anchor prior to its listing in September 2014 as Group Financial Manager in charge of the finance team and financial reporting on behalf of the group. He has a B.Acc from Wits University. He was appointed CFO of the Anchor group in June 2016. 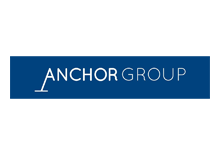