Warren Morton has been the Financial Director of Atlantic Leaf Properties since July 2012.

Warren Morton holds a Bachelor of Commerce degree with Honours in Accountancy from the University of South Africa and he qualified as a Chartered Accountant (SA) in 1997. He completed a Master of Commerce in Taxation at the University of the Witwatersrand in 2007. His 20 years of working experience has mostly been served in the Financial Services Industry with significant experience in Investment Banking and Fund Management and Administration. His roles have included Chief Operating Officer of RMB’s Investment Banking Division, Group Financial Director at Oryx Investment Management and Equinox and Senior Manager at Deloitte. He was appointed FD of Atlantic Leaf Properties in July 2012. 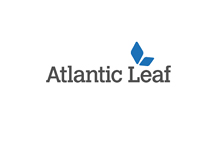 About Atlantic Leaf Properties Ltd: Atlantic Leaf Properties Ltd is a Mauritian-incorporated real estate company, listed on the Official List of the Stock Exchange of Mauritius (SEM) and the Johannesburg Stock Exchange (JSE). The company was incorporated on 11 November 2013 and is the first pound-denominated Global Business License company to list on the SEM.

Their objective is to invest in high-quality, investment-grade real estate assets and companies which deliver solid returns for investors through both income and capital growth. They focus on investments in Western Europe, and in particular the UK.

Atlantic Leaf Properties reported a revenue of R18.068 million in 2017.