CFO Summit: Gazing into the future of humans in the workplace

Leading CFOs explore the space that people will occupy in tomorrow's world of work.

Underscoring their commitment to creating a knowledge network for CFOs, Ansarada, Oracle and EY partnered with CFO South Africa in making the event possible.

The event kicked off with a panel discussion between Rui Morais, Dis-Chem CFO, and Arno Daehnke, Standard Bank Group FD, who shared how they shape their strategies for the future.

Arno’s first point was that it is essential to establish how the future is defined.

“Tomorrow can blur quite easily. Is it this year’s budget, or a longer-term future? What we’ve embraced at Standard Bank is defining tomorrow in three horizons.”

The bank’s value drivers are then cascaded across the banking group’s 55,000 staff in the markets in which it operates, with targets set for Horizons 1, 2 and three. 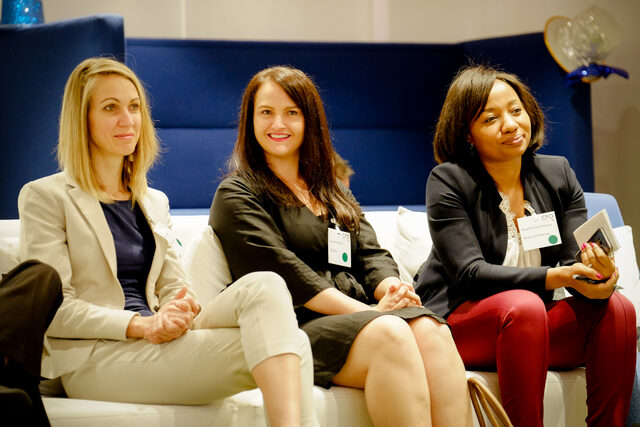 Arno said that when it comes to client-centricity, in the past, banks have struggled, having set up their products in a production line approach. Then, along came Apple, Amazon and Facebook, and showed people what customer-centricity really looked like.

“Now banks are rushing to deliver a true client experience. They need analytics, AI, machine learning, the power of computing, the cloud, big data, and they need to mine that data. Banks are pivoting and finance is leading that.”

Rui, who had raised the topic of client-centricity in the preparatory discussions for the panel, said that it is this ideal that differentiates the Dis-Chem brand. Much of this is supported by technology, and to this end, Rui has recruited a technologically-adept finance team.

“My team is relatively young and highly intelligent. I could see them getting bored. They needed to create something that optimises their learning potential. They’ve had to become the innovation team for the entire business, touching on the tech space. People are an asset and need to evolve with you as a business.”

Arno raised the point that in the past, when the bank recruited people, they would have considered academic track record, “but now it’s much more about scenario-based analysis. How people think and conduct themselves in a stressful environment. We use and rely heavily on psychometric testing. If there are people who do well in interviews and the psychometric test says that they are not the right person, I have committed to myself to step away.”

Rui agreed with this outlook and added that broader corporate culture was also evolving.

“When we listed, we pitched to international investors in the States and in two separate meetings when the prospectus was out, there were no finance questions. They asked us about morality, culture, social impact for an hour. Usually in a meeting I have a lot to say, but I walked out of there having hardly said anything.”

The sentiment that attitude counts for as much as qualification was echoed by Lauren Berrington, Bidvest’s audit executive, in her presentation after the panel discussion.

“I had a team who was smart and wanted to be a part of the future. They were pioneers rather than victims. The takeaway is to use what you’ve got. There’s a YouTube video for everything you need to do out there. For me, the characteristic more than qualification was resourcefulness – not being afraid to do hard graft and research."

The type of networking and knowledge-sharing opportunities that abound at events like these was exemplified by the response of Otsile Matheba, A2X CFO, to Lauren’s presentation:

“I work at a startup and we’ve had the chance to build the finance function from scratch. You’ve given me the idea that our internal audit function could be fully robotic. It’s an idea I will definitely take with me.”

Another session, hosted by Brian Armstrong, chair of digital business at Wits Business School, highlighted the reality of job losses to these exact solutions. Brian said:

“I’ve read 307 research papers on this, and the good news for people at the top spots, is that those in leadership, creative roles, celebrities and personal brands will stay at the top of the pile. Those doing fact-heavy analyses and routine knowledge work will find that their jobs are dramatically automated.”

This, he says, will amount to anywhere between 10 and 50 percent of work being significantly changed, which in South Africa will apply to between two and four million jobs over the next five-to-ten-year period. And while technological opportunities do create new jobs, they will not be filled by the people whose positions will be made redundant.

He encouraged the participating CFOs to think about the role that automation would play in their industry and over what timeframe, and what needs to be done to prepare their organisations and their workforces. 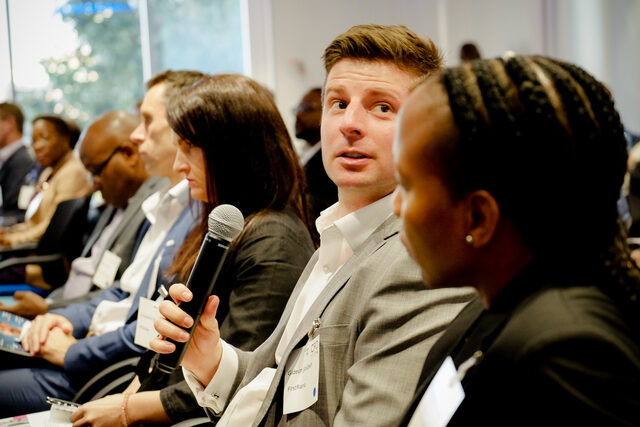 Paul Steenkamp, founder of the Creative Leadership Collective, then explained that to drive innovation among staff, a sense of psychological safety needs to be present in the business.

“People need to know that the rug isn’t going to be pulled out from under them. Applying a customer-centric mindset to employees tends to generate a much more customer-centric attitude to your real customers. If the trajectory of employment engagement levels is good, then it’s a lead indicator for good innovation outcomes.”

Finance in the family (Part 5): The Ntshiza squad

Thobeka and Zamani Ntshiza started their relationship over the phone. Now they have five children.

Finance in the family (Part 4): The Sappi Southern Africa CFO and the tax lecturer

Pramy and Kreesan Moodley graduated the same year at the same university, but only met years later.

The initial threat of Covid-19 and Alert Level 5 lockdown left people isolated in their homes, unable to see their family and friends. However, this didn't stop former UCT executive director of finance Ashley Francis from finding new ways to make memories.

Finance in the family (Part 3): Love at first stock count for Anton and Zyla de Bruyn

Finance in the family (Part 2): From highschool sweethearts to CAs

Brett and Candice Tromp went the CA route together, believing the qualification would open many doors.

Claudelle von Eck: When it comes to ethics, leaders need to put their money where their mouth is.

Community Conversation reveals: Confidence is a woman's language to success