Rual Bornman has been Financial Director and Executive Director of the Fortess Income Fund since December 2015.

Abraham Albertus, “Rual” Bornman started his career with KPMG in financial services auditing. In 2003 he joined Stanlib where he was involved in management reporting, accounting and system integration. He then joined a software development firm implementing reconciliation systems at Stanlib, before being employed by Resilient in 2005. In June 2009, Rual was appointed Financial Director of Capital. Upon the merger of Capital and Fortress, Rual was appointed Financial Director of Fortress in December 2015. 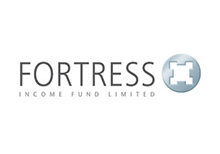 About Fortress: Fortress Reit Limited is a property fund that focuses on the development of prime logistic warehousing, retail centres and strategic offshore investments. It listed on the JSE in 2009. The fund has shown positive growth every year since listing and has been recognised as Sunday Times Top Listed Company in 2015. At the end of 2015 Fortress incorporated Capital Property Fund. Its market capitalisation at 30 June 2017 was R57.5 billion.