Richard McNamara has been the Group Chief Financial Officer of Global Asset Management since 1 October 2015.

Richard McNamara was appointed Group Chief Financial Officer and became a member of GAM Holding AG’s Group Management Board in 2015. Prior to joining the Group, Richard McNamara was Managing Director, Finance, at Henderson Group. He joined Henderson in 2009 as Head of Group Finance, focusing on finance and financial operations, including M&A activity. In 2013, he took on the new responsibilities for tax, investor relations, facilities and procurement. Prior to his roles at Henderson Group, Richard McNamara held senior finance roles at Western Asset Management, Legg Mason and Citigroup Asset Management. Richard McNamara is a Chartered Accountant and holds a B.Acc Honours in finance and accounting from Brighton University. He started his career at PwC where he was a senior manager in the investment management industry group. 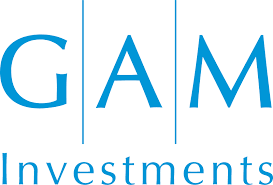 About Global Asset Management: GAM is one of the world’s leading independent, pure-play asset managers. They put their clients’ capital to work by providing active investments solutions across a broad range of capabilities. Their core investment business is complemented by private labelling solutions, which include management of the company and other support services for third-party asset managers. They employ more than 900 people in 13 countries with investment centres in London, Cambridge, Zurich, Hong Kong, New York, Milan and Lugano. The investment managers are supported by an extensive global distribution network.