The indomitable founder of CFO SA, CHRO SA and M&A Africa has passed away in his home country, The Netherlands. 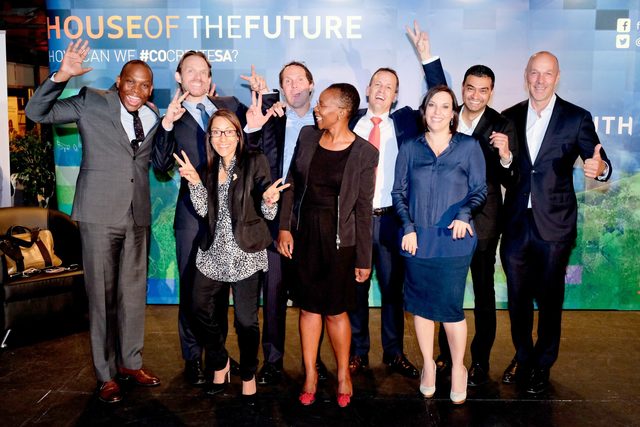 Wherever Alex van Groningen set foot, the endless entrepreneurial energy was palpable. As the news broke of his passing earlier this week, tributes from the South African CFO community started coming in thick and fast, hailing the eccentric Dutchman as a “visionary”, who “made his mark” and left a “great legacy”. Or as one of SA’s leading CEOs commented: “He lived a full life and made such a great contribution to society.”

“It's with an extremely sad heart that we have to break the news to you that my good friend Alex van Groningen, founder of CFO South Africa, CHRO South Africa and our young upstart community M&A Africa, has passed away this week. Alex left an indelible impression on everyone who met him and leaves an incredible legacy both in The Netherlands as well as South Africa. I am devastated."

“I am incredibly proud of everything I have learned from Baba Alex and the fun we have had together and it will take me a long time to get over the fact that the team and I won't be able to share all the future highlights of the CFO, CHRO and M&A communities with him anymore.”

To people who worked and lived closely with him, Alex was a maverick, fun-loving, quiet, determined, obnoxious, persistent, generous, brilliant, confusing giant of a human. He readily shared very personal and private stories with South African business executives he had barely met once and took like a duck to water among what he called the “incredibly friendly people of South Africa”. He would often apologise for being “too direct” or for his use of the English language, but didn’t shy away from going for what he wanted when he saw it. 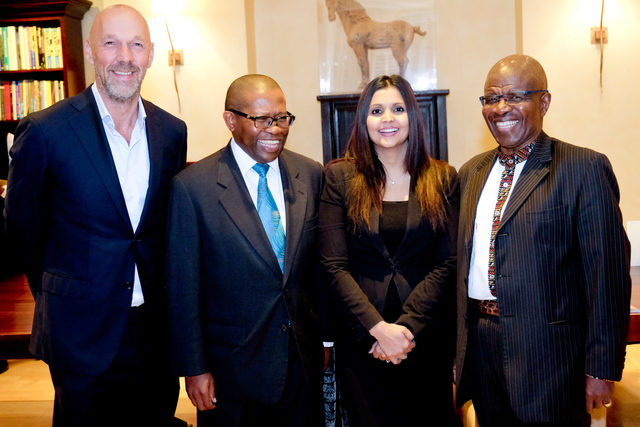 Colleagues remember him for his instructive emails, in CAPS in the subject line and his annoyance at our slowness at mastering new ideas or tasks that would surely "just take two minutes”. He kept no business secrets from any stakeholders or competitors, believing that – as visionary as his ideas were – the real magic was in the execution. Until today (and tomorrow), it is that extreme focus on delivering top value to communities and its partners that makes Alex’s work live on.

Alex made his mark as an entrepreneur in The Netherlands when he left his lecturing position at a university to launch a training course around mergers and acquisitions, still one of the most popular courses of the Dutch business nearly three decades later. It was the start of a fabulous entrepreneurial case study with some failures and many more successes. Tens of thousands of professionals in both hemispheres are still reaping the daily rewards of their involvement in training courses, communities, magazines, websites and job boards that sprung from Alex’s brain in the subsequent years – he had an extra special passion for the annual M&A Awards in his home country.

Meanwhile, Alex – a fanatical kitesurfer – had decided that the best combination of waves and lifestyle was to be found in the surf of Dolphin Beach, the windy stretch of water with a phenomenal view of Table Mountain in Cape Town. And why not combine fun with some (fun) business? With a heart full of courage, he started his daring plan to build a finance community in a country he had only visited a few times. 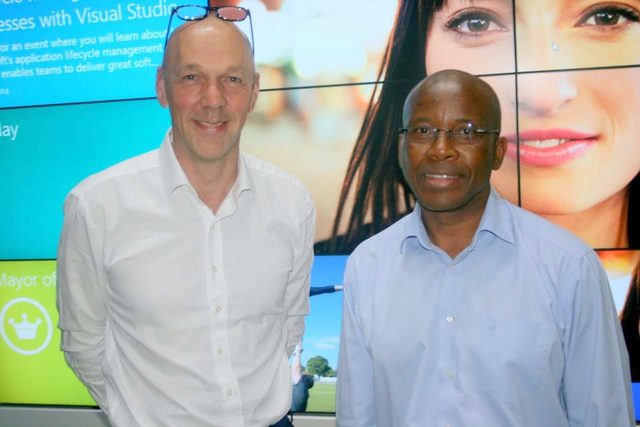 Photo on the right: Alex with Altron CEO Mteto Nyati (then at Microsoft).

What started with the launch of CFO.co.za in 2011 and a few smaller events in the subsequent years, catapulted to greatness when it became crystal clear that South African CFOs were extremely hungry to learn and network together – and that corporate South Africa was willing to support his vision. What followed was the launch of initiatives that have all become household names in SA, including the CFO Awards, CFO Magazine, Finance Indaba Africa and their counterparts in the CHRO community.

Although Alex has not been involved with the South African communities much in the last two years, he was extremely proud of the team, its finance and HR communities and partners in South Africa – and especially of the incredible value the communities have proven to deliver in this difficult year of Covid-19 restrictions.

Along with the Dutch team of Alex van Groningen BV (his namesake company), the team of CFO Enterprises would like to offer our sincere condolences to Danja, Anne Fleur, Max en Joep and all other family members and friends who are mourning. Our promise is to cherish Alex’s legacy, keep growing the South African executive communities – and embark on more crazy entrepreneurial journeys as we go.

“Legends don’t die. They join us during brainstorms, braais and in sleepless nights. They come to us as parables, anecdotes and life lessons. Alex stays with us forever.”