Grant Karolus - current CFO of Bowman Gilfillan Africa Group - qualified as a Chartered Accountant in 2002. He then started working for Investec as a Group ALCO, where his team coöperated with the Banks ALCO committee. After leaving Investec, Karolus gained quite some experience while serving in finance- and management related positions for Brait and Peregrine Holdings Limited.

In 2011, Karolus became the Chief Financial Officer of Bowman Gilgillan. For his work in this position, he has been nominated for the CFO Awards 2016. 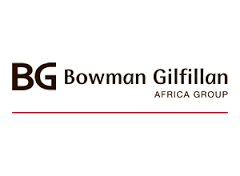 Arno Daehnke is excited by the innovation that the Standard Bank is seeing on the continent.