Suren Maharaj - current CFO of Pikitup - is a highly accomplished, results-driven professional with over 16 years of experience to show for it. He started his career while working for Deloitte in Durban, after which he became the Finance and Commercial Director of Motorola in Sandton. Maharaj deciced to leave Motorola when he was headhunted to join Primedia Sport. He became the Group CFO of the company, his first CFO role.

In 2013, Maharaj joined Pikitup as the CFO of the company. In addition, he was appointed to the board as Financial Director in February 2014. "What appealed to me is the challenge. The company was fraught with fraud and corruption. You name it, it happened. Every year it had growing operating losses, with an accumulated deficit of half a billion rand. There was huge pressure from the executive mayor to stop the bleeding."

Maharaj is a Chartered Accountant, as well as a Green Belt Digital Six Sigma graduate. For his work as the CFO of Pikitup, Suren Maharaj has been nominated for the CFO Awards 2016. 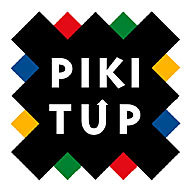