Ralph Mupita was the Chief Financial Officer of MTN from April 2017 until August 2020.

Ralph Mupita was appointed CFO of MTN in April 2017 and will be stepping into the role of CEO on 1 September 2020. Prior to this he served as the Chief Executive Officer of Old Mutual Emerging Markets from February 2012 until January 2017. He served as an Executive Director at Old Mutual Life Assurance Company (South Africa) Limited from 2011 until 2017. Ralph served as the Director of Special Growth Projects for Old Mutual Life Assurance Company (South Africa) Limited. He joined Old Mutual in 2000 and was seconded to Old Mutual Zimbabwe where he worked on a strategy project that led to re-structuring several functional areas within Old Mutual Properties (Zimbabwe).

On re-joining Old Mutual South Africa in July 2001 he looked after the strategy and business planning functions for Individual Life as a Strategy Director. A key responsibility in this role was the Vision 2002 Programme. From October 2002 to October 2003, he became responsible for customer development for the retail middle market business (Personal Finance).

For his work at MTN, Ralph has been nominated for CFO Awards 2019. 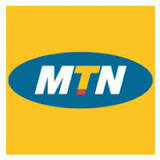 About MTN: MTN Group, formerly M-Cell, is a South-Africa-based, multinational mobile telecommunications company, operating in African, Europe and Asia. Its head office is in Johannesburg.

MTN operates in 22 markets in Africa and the Middle East. The company offers e-commerce and digital services in music, financial services and entertainment. As a socially responsible company, MTN, through its philanthropic arm the MTN SA Foundation, MTN leverages the power of connectivity to facilitate access to education and healthcare, and fosters the development of entrepreneurship and the arts.

Through its sponsorship portfolio, MTN sponsors a variety of properties in football, rugby, music and lifestyle.

Sarah Kuijlaars has been the chief financial officer of De Beers Group since 1 September 2020.

Nonkululeko Dlamini has been the group chief financial officer of Transnet since July 2020.

Thabiso Hermanus has been the head of finance at Altron Bytes People Solutions since August 2020.

Prinisha Khoosal has been the chief financial officer of Bridgestone South Africa since July 2020.

Thabiso has been the chief financial officer of Aluwani Capital Partners since 2016.

Stephen Pearce has been the financial director of Anglo American since 2017.

Jaco Schreuder has been the chief financial officer of Barloworld Automotive since 2013.

Tsundzukani was the executive director of group finance and administration of ItalTile from 2018 until 2020.