Robert Stephen Etchells has been the Group Financial Director at Nutritional Holdings since 3 March 2015. He is also its Chief Operating Officer. He also owns Xenprop.

Robert Etchells holds a B.Compt (Hons) Degree with CTA from UNISA. He served his articles with Deloitte Haskins and Sells CA (SA). He completed a Post Graduate Programme for Management Development at the University of Cape Town’s Graduate School of Business. He has more than 20 years’ experience in both financial and general management, has overseen the turnaround of various businesses and is a reputable entrepreneur with a ‘hands-on’ management approach. He previously served as the Chief Executive Officer of the group until the appointment of Thabo Mokgatlha as CEO on 1 January 2015. He worked as FD and CFO of Falkirk Industries. He also runs his own business, Xenprop. 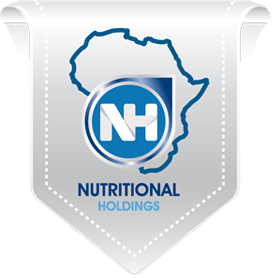 Its Foods division engages in the manufacture and sale of staple dry food products primarily for the mass feeding market, as well as in contract manufacturing business. This division also offers catering products for the industrial catering market.

The company’s Healthcare Solutions division markets and distributes a range of chlorine-free water purification products under license for point of use and industrial customers. This division’s products include OneDrop, a point of use water purification drop, and BacSan, an industrial application for municipalities and other bulk water suppliers. Its Services division provides administration and management services. The company also markets and distributes a range of invertors, batteries, and accessories for solar farming, as well as for other industrial security customers; and distributes pharmaceutical, natural, and complementary medicines.

Nutritional Holdings Limited is based in Durban, the Republic of South Africa.

Nutritional Holdings Ltd reported a revenue of R43.215 million in 2017 with 99 employees.