Logamal Ramiah has been the chief financial officer at FutureLearn Group since April 2018.

Interview: Futurelearn's Logamal Ramiah believes leaders are there to serve

Logamal’s current role is her second as a CFO. Before joining the education group, she was the Group CFO of Netsurit for six years. She took on this first executive role when she was 28 years old, and also moved into the IT industry – a space in which she had no experience. She had to learn the ropes quickly.

Prior to joining Netsurit in 2012, Logamal worked at PwC South Africa for over six years in various manager roles and as a senior associate. She finished her articles in 2008, also with PwC South Africa.

Logamal has a B.Comm honours degree in accounting from the University of KwaZulu-Natal.

In 2017, she was nominated for the SAICA Top 35 Under 35 and was also a finalist for Young Professional of the year (through SAPSA, SA Professional Services Awards). 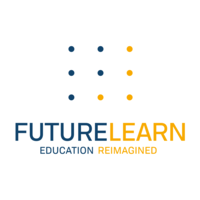