Reeza Isaacs has been the Group Finance Director of Woolworths Holdings since 26 November 2013.

Reeza Isaacs joined Woolworths in June 2013 as Deputy Chief Financial Officer, and was appointed Finance Director in November 2013. He was previously the senior partner for the Western Cape EY office and a partner from 1999. Reeza has worked across multiple business sectors, including manufacturing, retail, oil, gas, asset management and insurance and with a wide variety of entities, including, listed, private and owner-managed entities. He served as the Lead Partner for several of EY’s largest Cape Town clients, including Engen, Coronation, Woolworths, Metropolitan Life, Sanlam and Truworths. He is a member of the Risk and Compliance Committee. He has a B.Com from the University of Cape Town. Reeza was awarded the CFO of the Year award of 2016 from CFO South Africa. 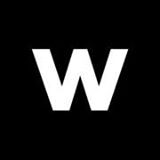 About Woolworths Holdings Ltd: Woolworths Holdings Limited is one of the top 40 companies listed on the JSE Limited Securities Exchange (JSE) with operations across the southern hemisphere. It has grown into a leading retail group with a strong presence in South Africa and Australia as well as in another 11 countries in Sub Saharan Africa and in New Zealand. The group has three major operating divisions:

Members are looking at retirement fund suspensions and financial literacy for survival during lockdown.

She sees the challenge of the new role as promoting more flexibility, adaptability and agility.

The new council will be responsible for supporting government in repositioning state-owned enterprises.

Norman has worked in a variety of sectors, ranging from banking to hospitality.

Sanlam has a strong start to the year, despite Covid-19

With a pandemic reserve and R8 billion invested in zero-cost collars, Sanlam still to pay dividends.

The company has also announced the appointment of new CEO Paul Hanratty.