Press release: Global economic activity could return to pre-Covid level before end of this year 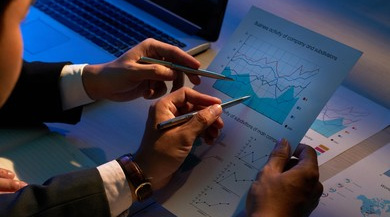 Largest increase in economic confidence in history of global economic survey in Q1 2021.

The global economy is bouncing back in terms of confidence, orders, employment and spending, according to the latest ACCA and IMA Global Economic Conditions Survey (GECS).

The survey of 1,000 senior accountants and finance professional across the world recorded the biggest jump in economic confidence this quarter in the 12 years it has been running. The balance of those more optimistic minus those less optimistic increased by 26 points in this survey.

The GECS is consistent with the view that the global economy stands a good chance of reaching its pre-pandemic level of activity later this year.

North America has reported the strongest results and the US economy is likely to achieve growth of more than 6% in 2021, with South Asia and Asia-Pacific also showing strong results for confidence. Orders grew globally, apart from in Africa, which was the only region to see a fall in the orders index.

Different levels of economic prospects in the largely optimistic global picture are attributed to three factors that heavily influence the economy – the rate of vaccinations, the amount of government fiscal stimulus and savings banked by individuals during restrictions and lockdowns.

Successful vaccination programmes, like those in the UK, USA and Israel, can allow their economies to reopen and grow. Governments which have provide major financial support have helped to reboot their economies and will have positive spill-over effects on many other economies. And some advanced economies have seen high levels of savings accumulated, which is expected to boost demand when economic conditions improve.

The survey also reported some more mixed results. The ‘fear’ indices, which track concern about customers and suppliers going out of business, are still above long-term averages, reflecting continued uncertainty.

And near-term cost concerns increased, to a balance of 33 in Q1 from 24 in the previous survey, reflecting higher commodity prices and other costs, as the global economy recovers. But cost concerns are still below their long-run average.

The prospect of a strong economic rebound has also raised questions about the possibility of sustained increases in inflation, with two-thirds of respondents saying they expect it to rise within five years.

However, the report concludes that the effect of the recessions of 2020 will keep a lid on inflation for the next year in most countries, with an expected steady rise in the next three to five years. In the USA, predicted strong economic growth this year, could lead to inflation much quicker.

Michael Taylor, chief economist at ACCA, said: "This survey paints a much brighter picture with confidence jumping by the most in the history of the survey.

"The approval and deployment of several effective vaccines has dramatically improved the prospects of an end to the Covid-19 crisis. A very large US fiscal stimulus has also boosted global economic prospects this year.

"The global orders index also increased in the Q1 survey and is consistent with further recovery in the global economy into the second half of 2021. We now expect global economic activity to return to its pre-Covid-19 level from Q4 2019, later this year."

Raef Lawson, Ph.D., CMA, CPA, IMA vice president of research and policy, noted that the current path to global economic recovery differs from the financial crisis of 2007 to 2009, which resulted in a long period of subdued growth as private sector balance sheets were rebuilt through increased savings.

He added: "This crisis is different as its root cause is health and not economic. For now, global Covid-19 infections are high relative to the vaccination rate, so risks remain significant. But the huge government support provided to both households and companies over the last year leaves both well-placed to resume spending once the health crisis is over.

"There are likely to be permanent changes in the pattern of spending and other long-term economic consequences of the Covid-19 crisis."