Careers on the couch: women need to put themselves forward - #findaba16

Two women share their views on what women need to do to achieve success in the finance industry, and how they can uplift other women along the way.

At the Finance Indaba Africa, Roy Clark, managing director of at ClarkHouse Human Capital, interviewed two women CFOs about the supporters of and impediments to their success for the Careers on the Couch series. The first question he put to them was whether they agreed with the statement that "behind every successful woman is her mind."

Jo-Ann Pohl, the CFO of Telesure Group Services said that while that's a part of it, she still believes that no woman is an island, and that it's important to acknowledge the people who got her where she is today. Specifically, she mentioned her husband, who is a firm believer in shared parenting and other responsibilities.

After sharing a high-five with Jo-Ann for also being a mother of four, Mary Vilakazi, the CFO of MMI Holdings, said:

"I agree with everything that Jo has said, but also believe that behind every successful woman is herself. I have had to overcome the self-doubt I picked up growing up with brothers and cousins that were male, who got to play outside while I had to do the dishes. When I got to a working environment, the biggest thing I had to overcome was that voice in my head." 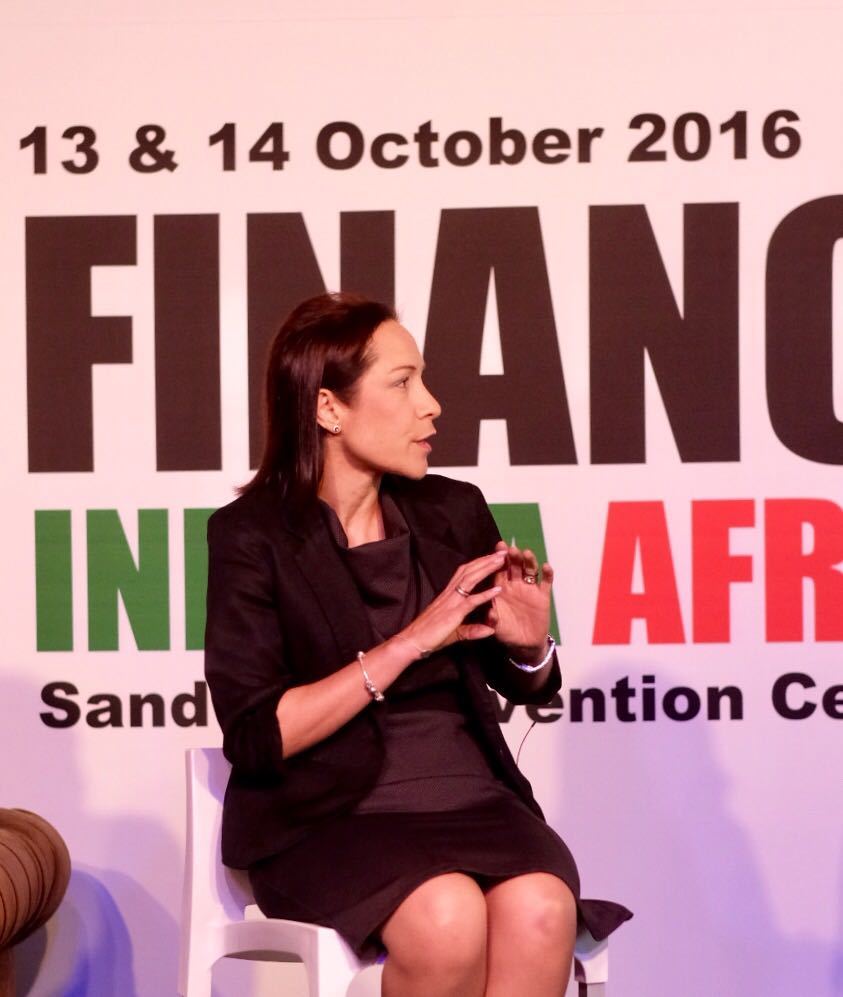 The voice, she said, told her that the boardroom was only for boys, that the work could only be done by men with networks of fellow men. "As soon as I overcame that voice in my head, a huge level of anxiety went down. I started to believe that I could trust in my abilities because I was living my talents. We need all the support we can get, but the first person that has needs to show up is yourself."

Jo-Ann also pointed out that women sometimes don't celebrate their successes enough. "We don't only need competence, but also confidence."

However, this, she said, can also be a double-edged sword because confidence can be construed as aggression. She has, on a number of occasions been called out by male colleagues for being "quite tough".

"So I learnt very early on in my career - from a man who coached me - to phone a friend or to talk to people about what you've done because we often don't celebrate our successes."

Mary said that she has been fortunate in the friends that she picked up along the way. "I have professional peers - I met a lot of them at varsity - and they have really become an anchor. When I became a finance director last year, one of my friends asked if I was going to present the results this year. I said no, another time, and she said to me, 'You WILL present the results. It's not about you, it's about all the other women who look at your achievements.'"

She added that her husband is one of her biggest supporters.

"You need to be in a social setting that is supportive of you being a working woman. It's a lonely journey to undertake along. Ensure that you have a live networking system and an ecosystem of people that you can tap into."

Jo-Ann then fielded a question about the difference between mentorship and sponsorship. "I think that when you are starting out, mentors are really vital as sounding boards and coaches to hold up a mirror and push you. Sponsorship as I've moved up in my career has proven to be very critical for my next role. You need people who will, in public, say you are competent and have the skills - they will take the risk for you."

Likewise, she said it's important to give other women similar support. "I challenge you to give someone a hand up - someone who hasn't had the opportunities you have."

She says that often when she's in a room with men and women, and someone asks for suggestions for someone to perform a job, men will refer someone, saying "this guy is right for the job." Women, on the other hand say, "This woman might be right, but actually maybe not, she just got married, never mind."

"Don't make those decisions for other people. Even if they might not be right for the role, suggest that your colleague tries them. Say they have a great attitude and learn well. We could do well to open doors for other people and other women. Step into the circle and make it bigger. Be brave enough to set it up."

When asked what their final advice to women would be, Mary said that in addition to trusting themselves, women should accept that it is only through hard work that they can live up to their talents and be recognised for their abilities.

"And the other point is that they must lead. People often think that leadership is the responsibility of senior people, but we can all do it in one way or another. It is important to remember that you have unique talents and the more we can lead from the bottom, the better our own environments will be."

Jo-Ann, exhibiting the mind of a financial professional, listed her five points in order, calling them her personal BBBEE code: