On the chilly autumn morning of 11 May, South Africa’s leading finance professionals gathered around the Marble restaurant bar overlooking the bustling streets of Rosebank, for CFO Day. After delighting in conversations, beverages and piquant canapés, the guests were ushered around marble dining tables, where they were welcomed by CFO South Africa community manager Brian Chivere.

Brian then introduced global speaker Stephen McGown, who shared the story of how he was kidnapped from Timbuktu in 2011 and was held as an Al Qaeda prisoner for over six years in the Sahara desert. 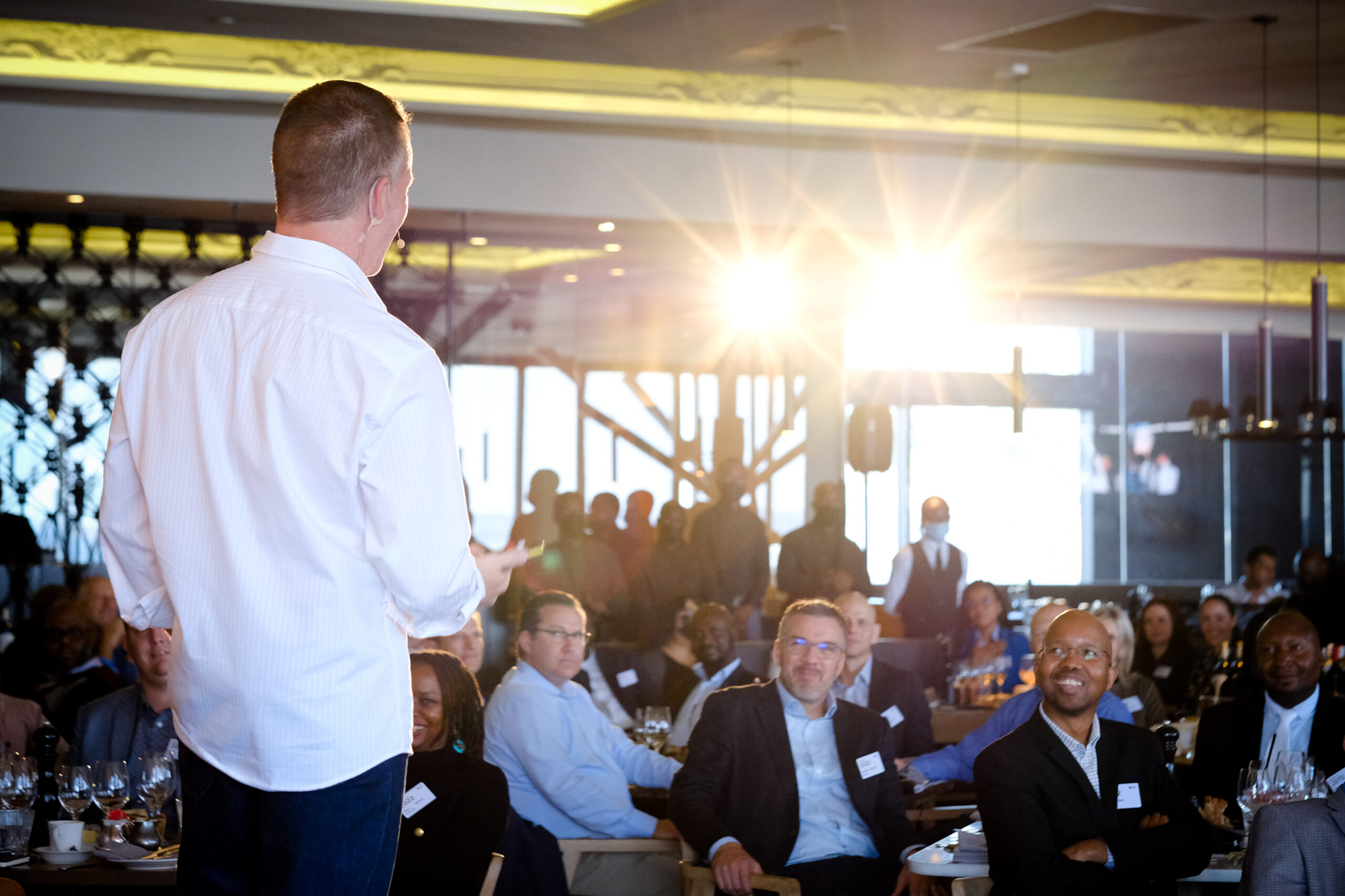 While most of the attendees were brought to tears as Stephen recalled the terrifying conditions of his captivity, he quickly steered the story into a positive direction by unpacking some of the hard lessons he had learnt along the way.

He explained that change often brings fear, but that it also brings opportunity. “I realised that I needed to embrace the change and stop giving into my worries. So I picked myself up and decided to be the best version of myself.”

One of the things he learned was, when everything in your life is out of control, the only thing you can control is your behaviour, mindset, and energy. “Only when we can control ourselves, can we truly unlock our superpowers,” he explained.

This one statement set the tone for the entire day, as CFOs, CEOs and other industry leaders shared how they unleashed their superpowers by setting aside their stress and worries and being the best versions of themselves.

Turning a ship at high tide
As starters of avocado ritz, beetroot carpaccio and Caesar salads made their way onto tables, Eskom CFO Calib Cassim took the stage. He shared how he was tasked with not only turning around a ship at high tide, but resurfacing a sinking one. In the process, however, he learned what his superpower was. “There were a number of times that I asked myself why I was doing this when I could find an easier job. But at the end of the day it’s about what I can contribute to Eskom and the country, and how I can make a difference.” 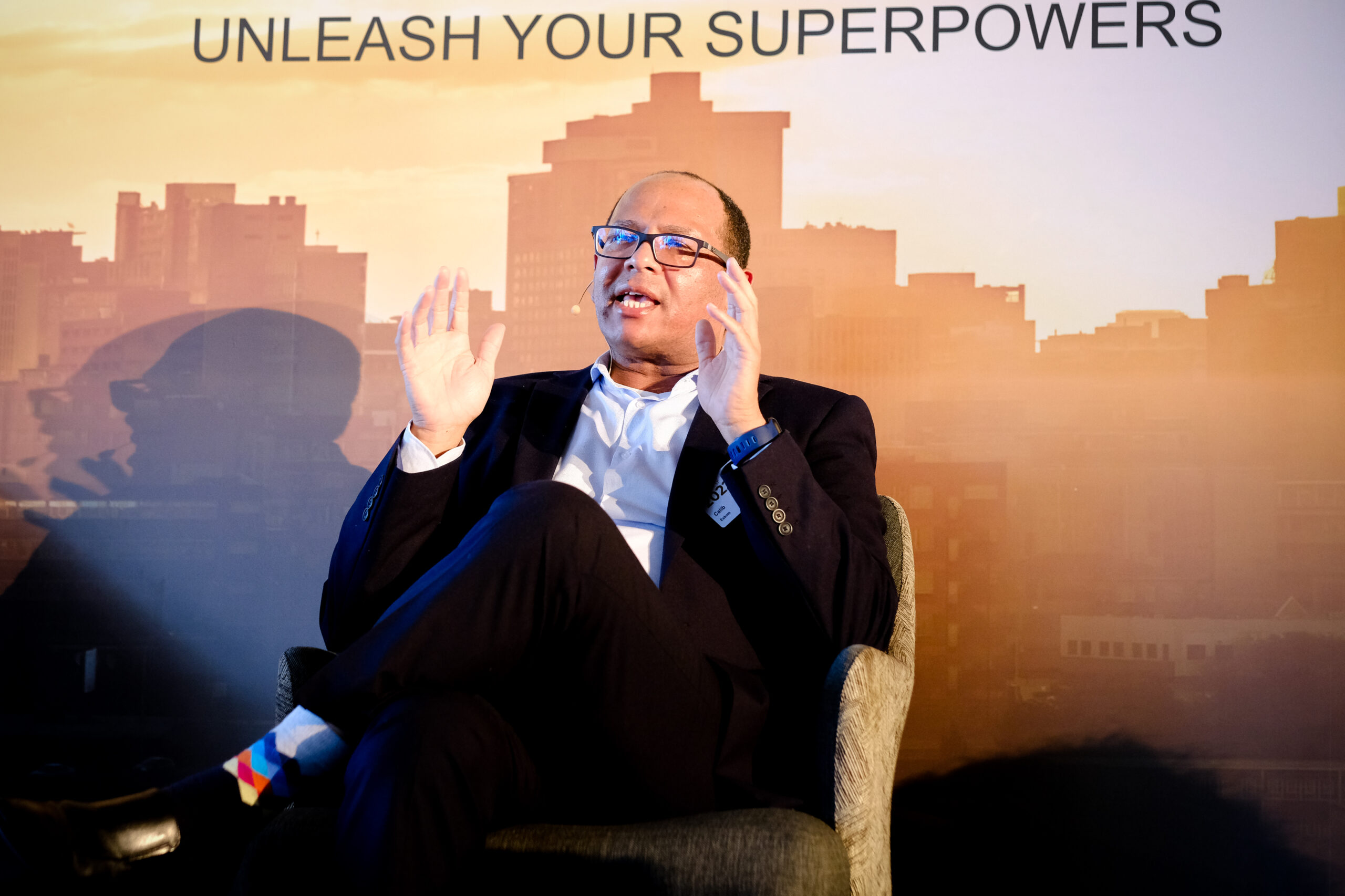 So he set to work winning back the trust of investors and putting cash back at the top of the power utility’s priority list.

Calib also learned a couple of lessons along the way. “You can never compromise your values. It’s not easy telling the board or ministers that you need R50 billion, but the alternative would have been the collapse of an economy.”

Like Stephen, he echoed that, “There are many things out of our control, but you have to focus your energy on the things you can”.

Later, after a game of musical chairs, egged on by the lyrical tunes of poetry band Puns ‘n Things, Rand Capital Coffee CFO and CEO Adrian Maizey revealed how, unlike Calib, he was riding a speedboat through high tide. 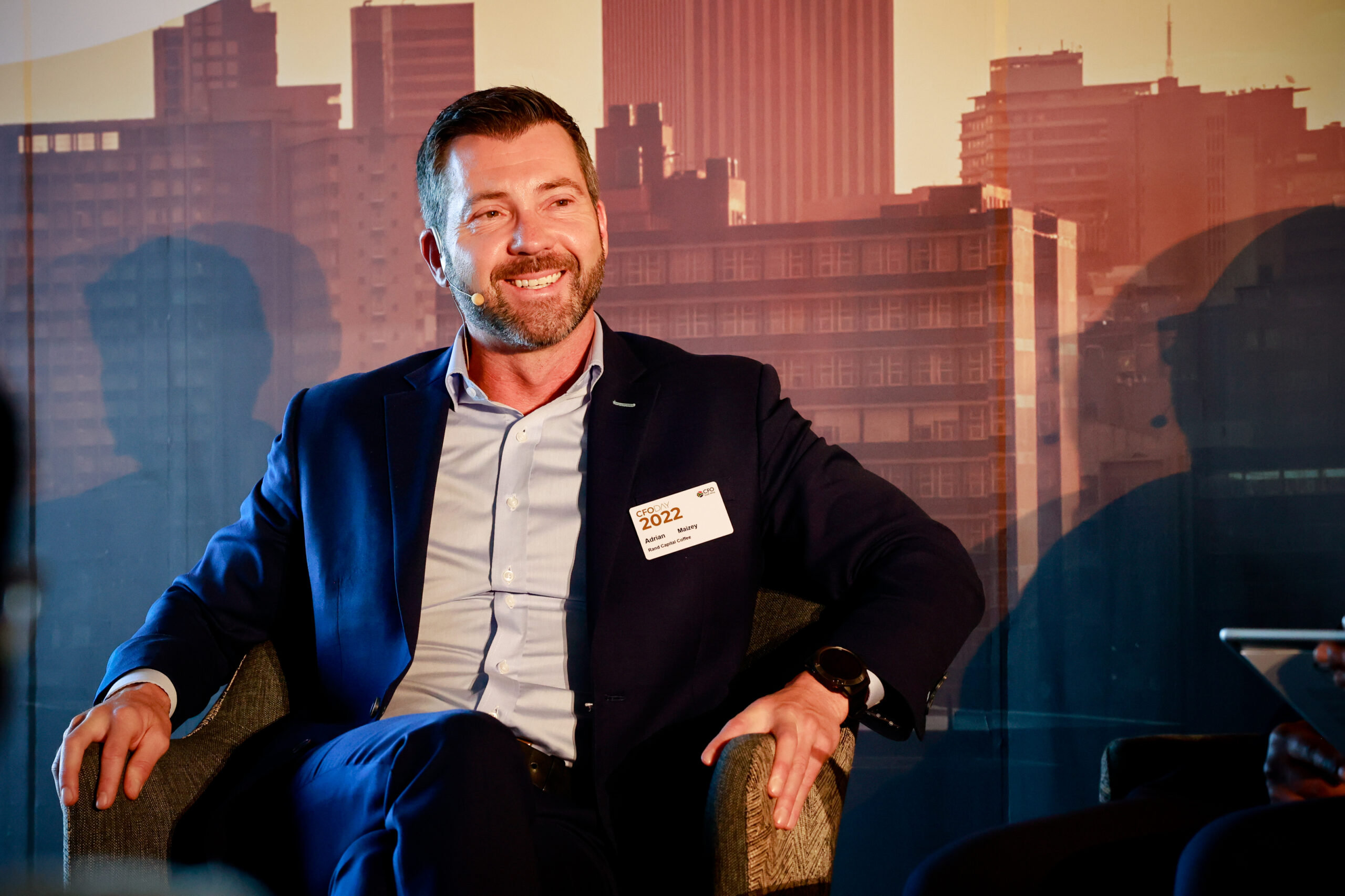 “During the Covid-19 lockdowns and subsequent disruption in the retail industry, we saw an opportunity to save the failing Starbucks South Africa franchise we had bought from Taste Holdings,” he told the attendees.

The only way to do this, Adriane explained, was top open 45 more stores in the matter of a year in a race to get economies of scale. “We embarked on a trajectory of rapid growth.”

Superpowers of the future
Celebrity chef David Higgs gave everyone an insight into what sets Marble apart from other restaurants, and what made their delicious three-course meal so special, explaining that it was its method of cooking – on fire.

Building relationships among staff and customers is what gives it a unique dining experience, he explained. “One of the things we’ve learned is that restaurants are about relationships. That is why people come back.” 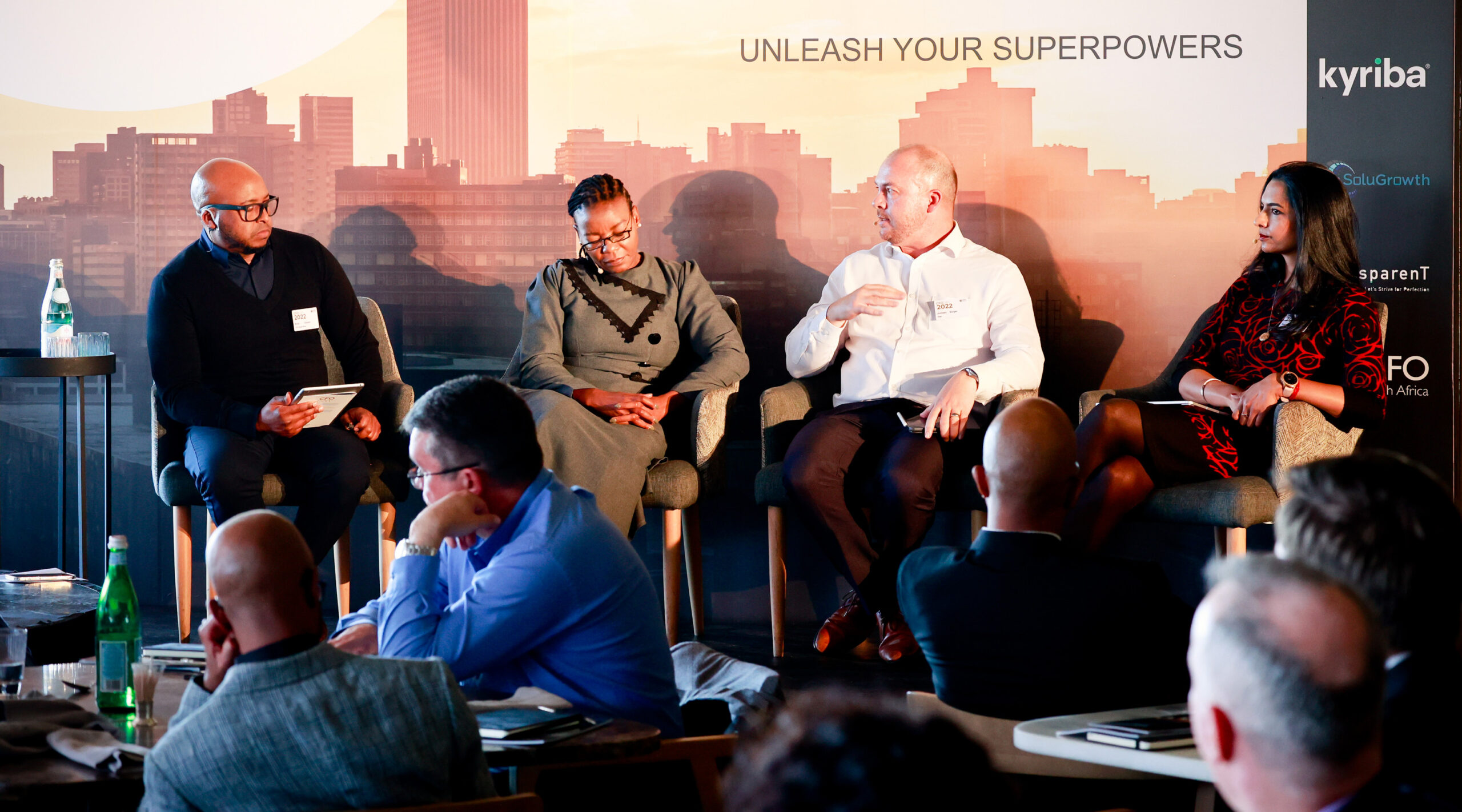 Dineo said that with more sophistication happening around the world, it was important that finance teams were at the forefront of what their companies were about. “Everything is changing very fast, and the pace at which we are evolving does not allow us to be history tellers,” Dineo said.

Instead, the panel agreed that finance teams need to be technologically savvy and learn to tell the right story using analytics and data. “We need a technologically savvy workforce. We need to get away from crunching the numbers all the time and focus on telling the story. People have this fear that automation will take a lot of things away from us,” said Jordaan.

Agreeing with this, Sayuri said the point is to take the manual intensive nature of work away and to give finance professionals back the time they need to tell stories. “We encourage our people to be future ready.”

Dineo added that: “We need to continue to challenge ourselves on how we are creating value and empower our teams to drive the right conversations.”

In another session, Lafarge CFO Clarissa Appana explained that:

“The pace of digital innovation and the speed of execution are some of the key challenges we are facing. One of the solutions we are trying to implement at Lafarge is to break down these bigger projects to get them within a shorter turnaround time.” 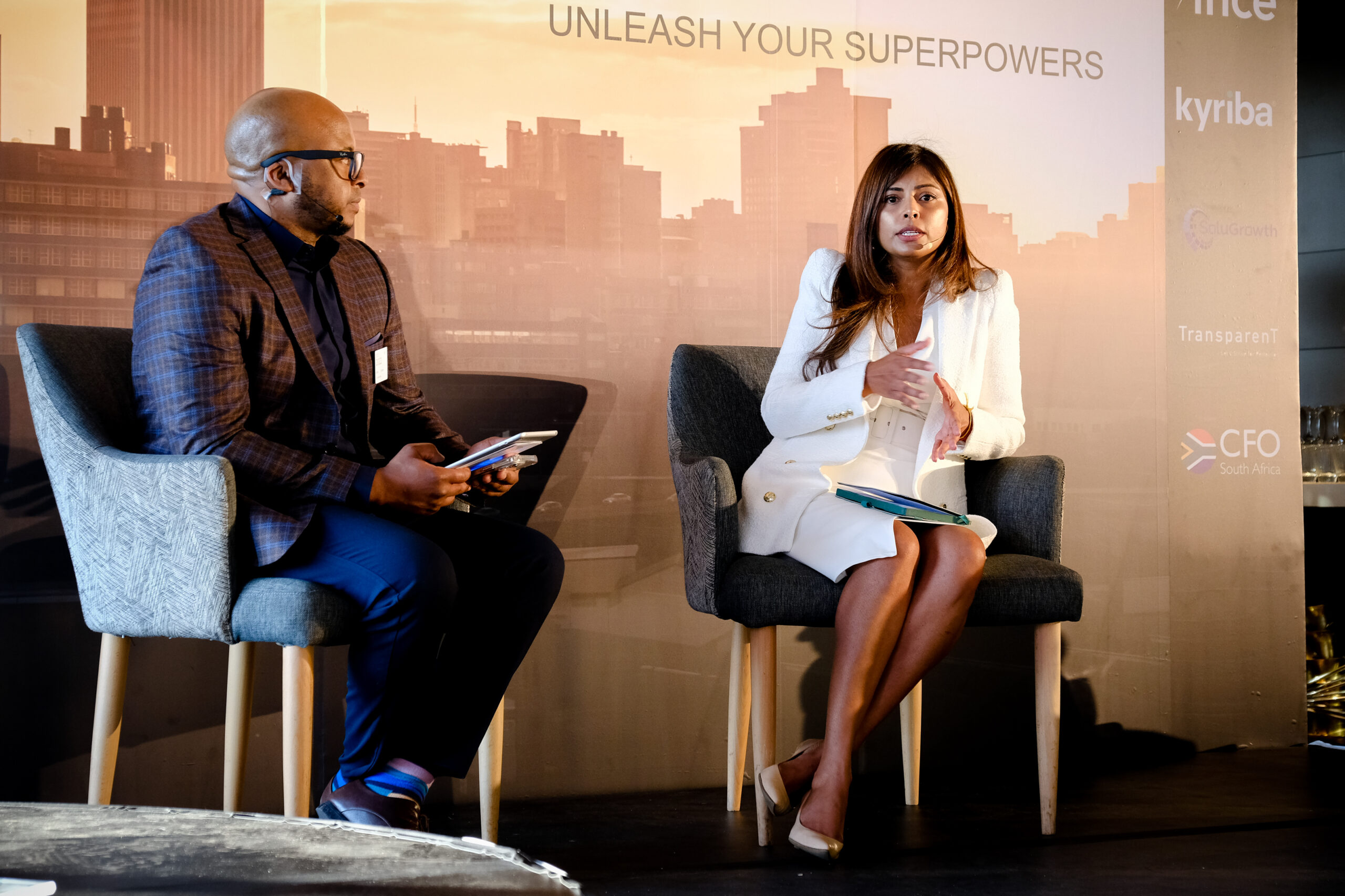 ESG is more than climate change
In the last couple of months, corporate superheroes have been defined as leaders driving ESG initiatives in their business. However, Ascendis Health CFO and interim CEO CJ Kujenga explained that executives aren’t spending enough time talking about how to build sustainable organisations. “As senior leadership we make decisions that have far-reaching consequences. Are we thinking about their impact beyond the environment? Are we thinking about how sustainable our business is with respect to its people, and even its finances?” 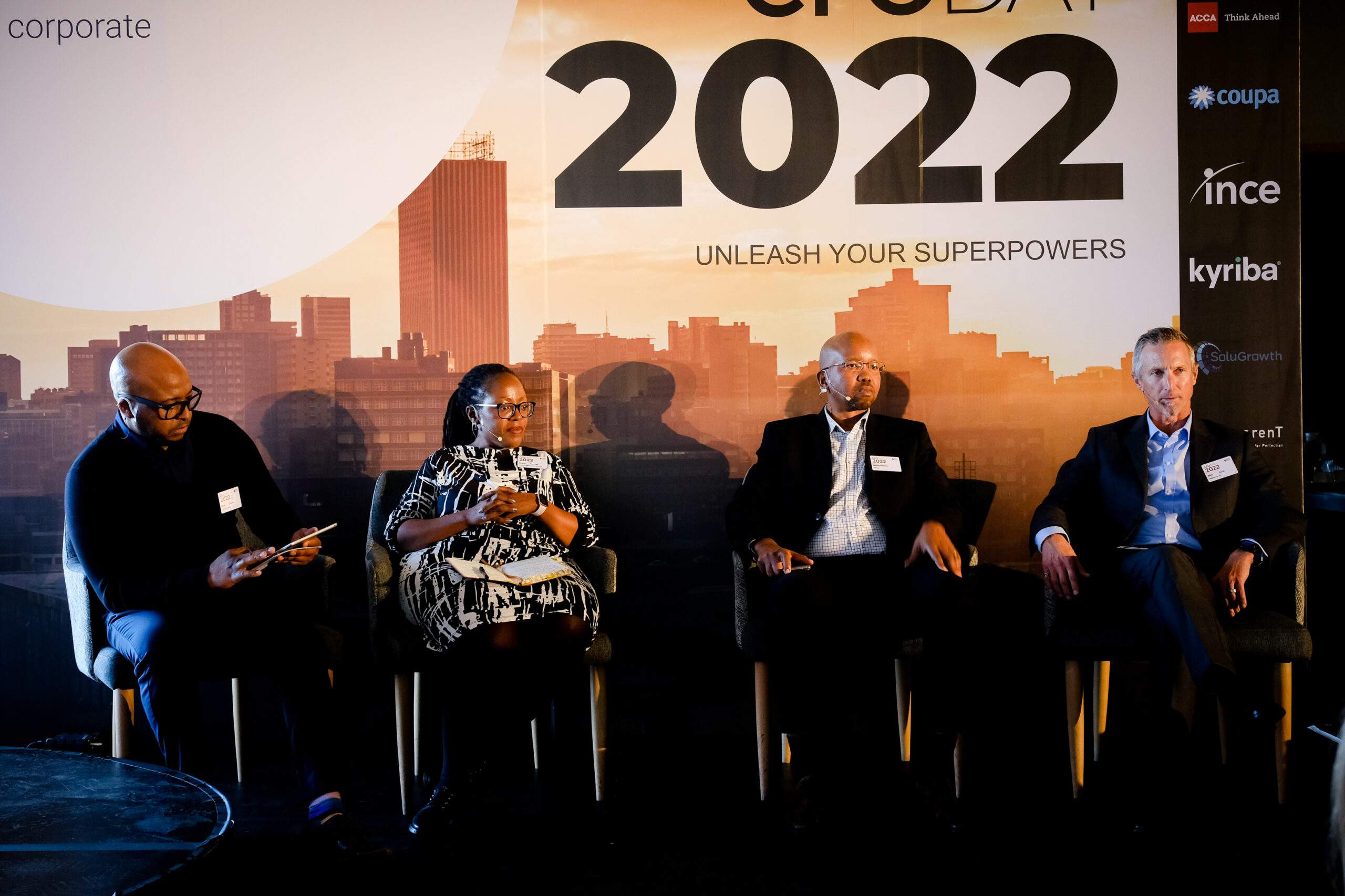 Hulisani CEO Masibulele Dem agreed, saying that while everyone talks about ESG being imperative to businesses, they need to look at it from an even higher level. “We have to think of it as imperative to life on this Earth.”

And, following on from those provocations, Abdullah Verachia gave attendees even more to think about. As dinners of delectable sirloin, open fire grilled linefish and creamy risotto made their way onto tables, he asked one question that perhaps summed up the previous panel discussion:

“How do we, in some way, have a deeper impact beyond our organisation?”

In the final session of the evening, Telkom CEO Serame Taukobong revealed that now more than ever, all eyes are on the CFO. “You have the most important job, and everyone is waiting to see how you execute on it.”

Together, Serame, Randbest chairman and BCX founder Isaac Mophatlane, and ACCA South Africa head Portia Mkhabela unpacked what superpowers they are looking for in CFOs. 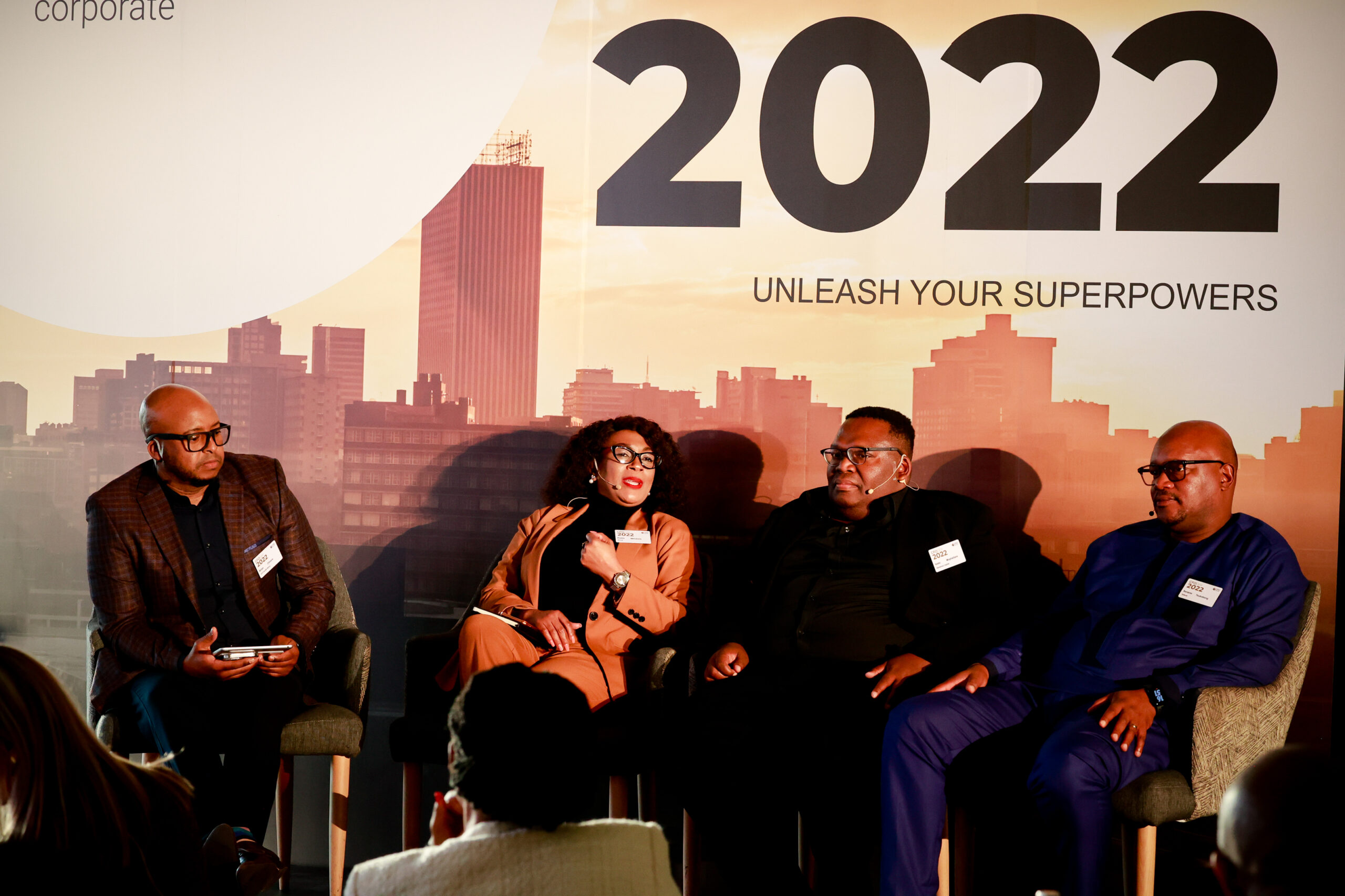 “You need to understand what your purpose is in the leadership role,” Portia said.

Echoing other speakers of the day, they all concluded the discussions of the evening, saying that CFOs need to be unwavering leaders in the pursuit of a sustainable organisation, and that they need to drive the change they want to see. 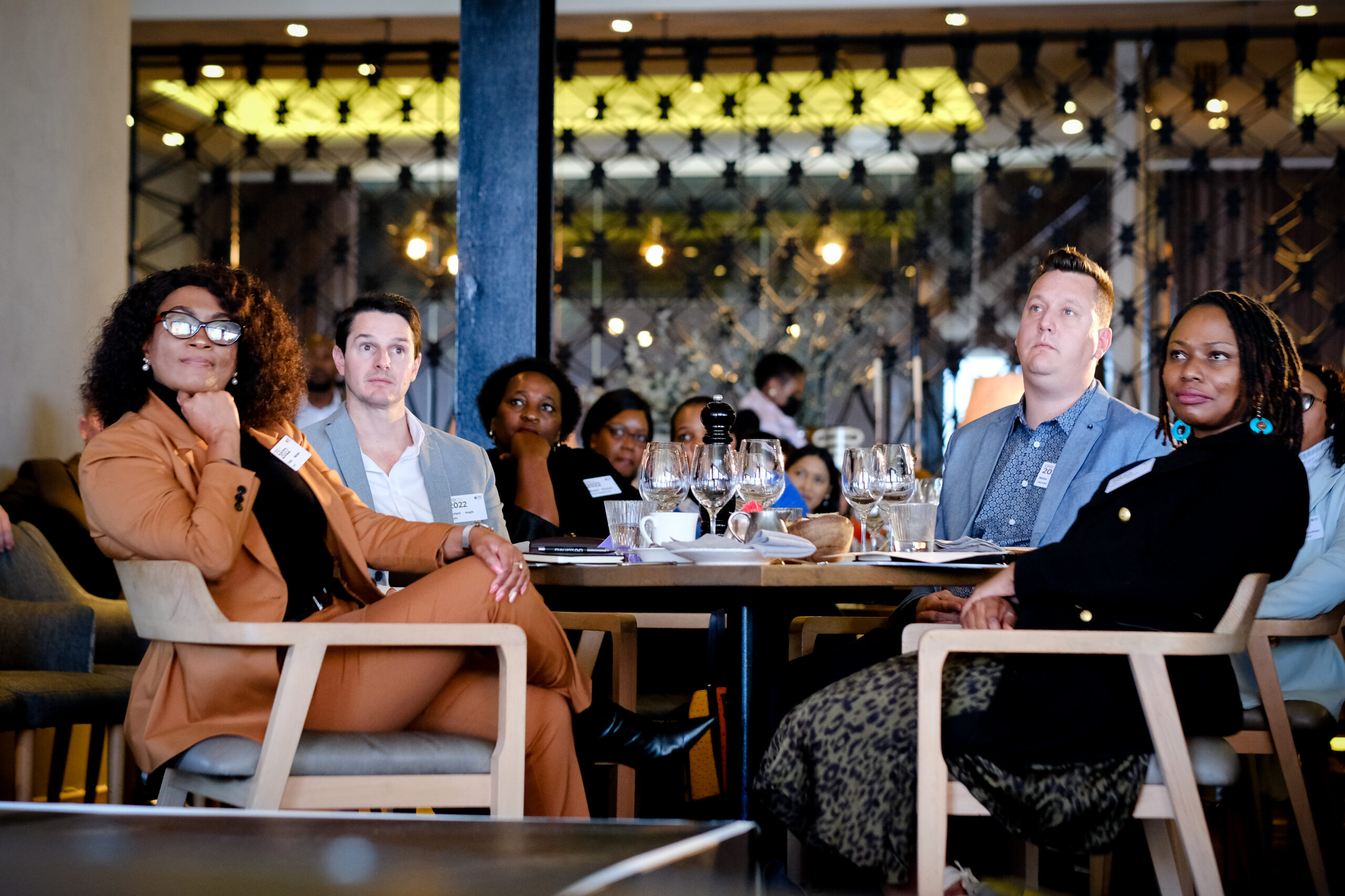 Attendees were then ushered out of the dining hall by the musical poetry of Puns ‘n Things, and gathered in the bar again for an evening of drinks and networking as the sun disappeared behind the now-quiet skyline of Rosebank.