CFO Fikile Mhlontlo has left state-owned aerospace and defense company Denel at the end of August 2016, close to a year after he was placed on special leave. The 47-year-old CA(SA) reached an amicable resolution with the company and was paid out an undisclosed amount. It is a “seven figure amount”, according to sources with knowledge of the settlement.

Former CFO Awards nominee Mhlontlo, CEO Riaz Saloojee and company secretary Elizabeth Africa were placed on special leave, as a two-month-old board at the time had concerns regarding the R855-million acquisition of armoured vehicle manufacturer BAE Land Systems. Those board concerns were to be a subject of an independent investigation and according to previous media reports such investigation found no wrong doing.

Industry insiders link the suspension strongly with the trio's resistance or potential resistance to a joint venture with VR Laser, a company closely affiliated with the controversial Gupta-family. The 'boardroom coup' was earlier uncovered by Sam Sole of investigative journalism centre amaBhungane.

Earlier this year, just four months after suspending the trio, Denel and VR Laser announced their joint venture, under the name Denel Asia, aimed at the lucrative Asia market including India. Finance Minister Pravin Gordhan never gave permission for the JV and is, according to media reports, even considering taking Denel to court to stop the state-owned company from proceeding. Former members of the board indicate that from their perspective VR Laser brings in "no added value" to Denel's ability to service the Asian market. 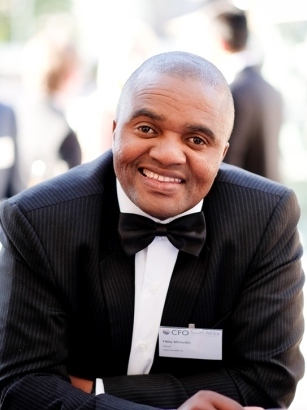 Mhlontlo and his two colleagues were never found guilty of any misconduct. The previous board, which was almost entirely replaced by Minister Lynne Brown last year, even took the unusual step of publishing a joint statement affirming that the Land Systems acquisition made strategic and financial sense and was scrutinised and approved by both Brown's Department and National Treasury.

Contacted by CFO South Africa, Mhlontlo said he is glad this period has come to an end. "I would not want to comment on matters pertaining to the settlement due to confidentiality. But after almost eight years at Denel, the break has offered me the opportunity to relax, play golf and get closer to my children," he said, with an element of cynicism.

"Of course there was always a certain level of anxiety for me and my family that came with the process and I am glad we have closed this chapter in my career life."

Former EY Partner Mhlontlo was our CFO of the Week and nominee for CFO of the Year 2015. He says he is now looking forward to resuming his CFO career "preferably back in the private sector".