On 11 October, 40 of South Africa’s leading CFOs gathered for breakfast at Summer Place in Inanda to launch the first-ever Finance Indaba Conversations. While enjoying a scrumptious meal, the finance professionals in attendance, as well as those who joined virtually via a live stream, were captivated by a keynote address from former South African finance minister Nhlanhla Nene, who emphasised the role of finance to help rebuild, reinvent and rejuvenate the country’s economy.

“There are three things that keep me awake at night: economy, economy and economy,” said Nene, who is now running his family’s business in Greytown, chairs the boards of Thebe Investment Corporation and the Pan African Arise Bank, and is a non-executive director of Grobank. “As a nation, we need to knuckle down and do some hard work to pull our economy up, raising its economic growth rate to higher than three percent growth over a sustainable period of time. And finance has a big role to play in achieving that.”

He explained that for any system to work, however well it is designed, it requires human capital, and finance professionals are those people. “Finance institutions and markets provide a framework for carrying out economic transactions and monetary policy, they help to channel the nation’s savings into investment and, by doing so, they support and drive economic growth.”

Nene added that, for central banks, the financial system is the key transmission mechanism for monetary policy decisions that are made on a regular basis. Therefore problems in financial systems not only disrupt financial intermediation, they can also undermine the effectiveness of monetary policy, exacerbate economic downturns, trigger capital flight and exchange rate pressures. This, he explained, can result in large costs for governments when they have to step in to bail out troubled financial institutions.

“If there had been any doubt about the importance of finance to economies, the world got a rude reminder during the world’s 2008/9 global financial crisis, which had its genesis in the problems in the US housing market. The net result was the freezing of the entire system of finance in the US and some parts of Europe, eventually clogging the arteries of their economies and, given the interconnectedness of the global financial system, then spreading across the globe. US and European banks and other financial institutions couldn’t finance themselves, which in turn meant that they couldn’t provide loans to businesses.” Nene said.

He emphasised that financial systems and the people who run them are a critical enabler of economic activity. “When a financial system works, meaning it's not only well designed and regulated but staffed with the requisite skills and experience, it is a key factor in determining how the rest of the economy functions.”

He said that the latest monetary policy review that was published by the South African Reserve Bank and was presented two weeks ago, paints a worrisome picture regarding credit extension, specifically relating to corporates.

The Reserve Bank points to a number of factors that might explain this phenomenon:

Nene added that liquidity provision and risk management also play a key role in finance, and these three roles speak to how finance can rebuild, reinvent and rejuvenate South African business.

It is for this reason, he explained, that it is important that voices like the ones present at Summer Place, and virtually, should be heard in the corridors of power. 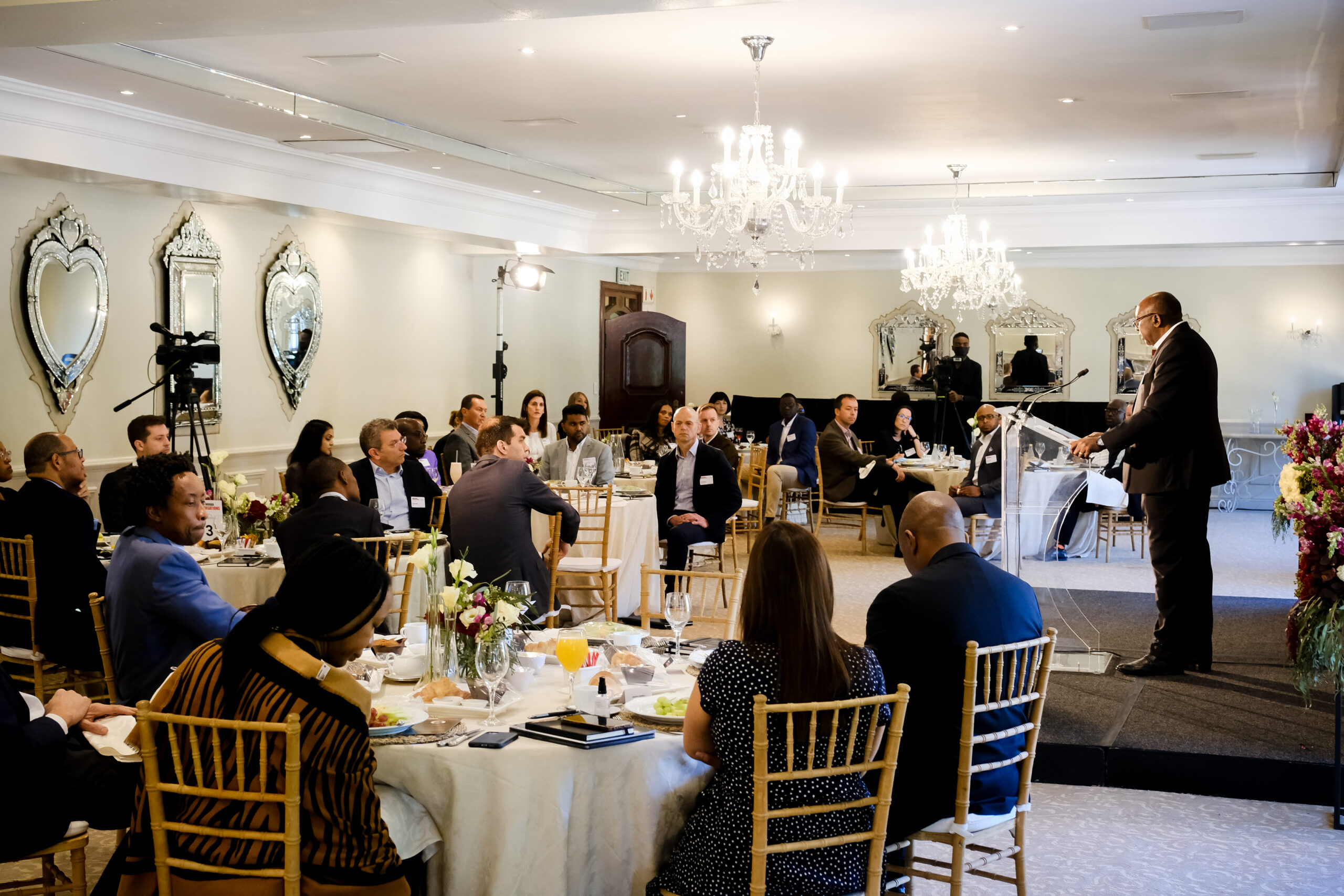 “This is important because business people have specific and deeper insights about specific sectors in the economy that government doesn’t have,” he added. “A government, on the other hand, can share with business its view of the political economy, including the reasons for some of the proposed policies.”

In closing, Nene explained that South Africa is at a crossroads. “We can stay on the current low growth path and reap the whirlwind of poverty and unemployment with all the social political risk that come with it, or we can embark on rebuilding, reinventing and rejuvenating our economy to place it on a higher growth path. A path that ensures that all South Africans benefit.”

He added that this path is only possible if business and government work together.

A lively conversation ensued as attendees then had a chance to ask Nene their burning questions, clearly moved by his keynote and ready to get into action. The online chat was also buzzing with conversation and questions for the former Finance Minister.

The CFOs left the breakfast with food for thought on how to tackle the challenges of rebuilding, reinventing and rejuvenating their businesses and the economy.