During the year, CFO South Africa hosted various exclusive dinners in Johannesburg and Cape Town for some of South Africa’s top CFOs. The dinners gave CFOs an opportunity to have in-depth discussions about how technology and disruption are changing the way they work and live.

On 19 November, seven CFOs from various industries gathered at The Stack in Cape Town for a dinner sponsored by Oracle.

Disruption guru Ian Russel provoked the CFOs to think about disruptive behaviours within their organisations.

They all agreed that they needed certain skills sets to weather the storm and to stay relevant. The skills they highlighted were adaptability, agility and being forward-thinking. Essentially, they said, CFOs must anticipate change before it happens – disrupt or be disrupted. 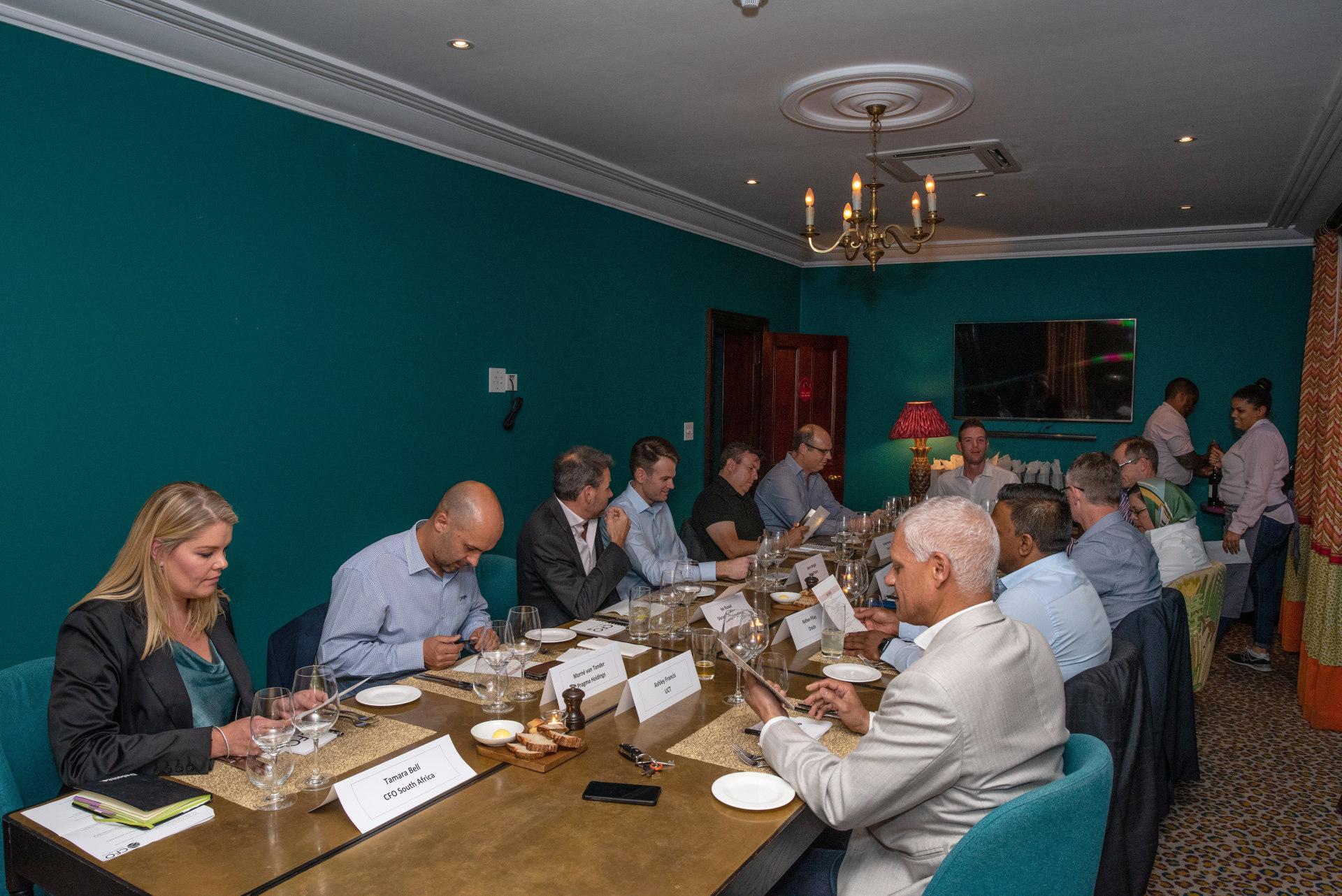 On 29 October 2019, an elite group of CFOs gathered at The Stack in Cape Town to discuss the opportunities and challenges that disruption provides to CFOs and their companies, and what excites them most about disruption.

The dinner was supported by alternative stock exchange A2X with CEO Kevin Brady present at the dinner.

The things guests expressed excitement over was the “energy” that disruption brings to the wider economy “even at companies that are not the first to disrupt”, as well as how it can “create something better for society”. 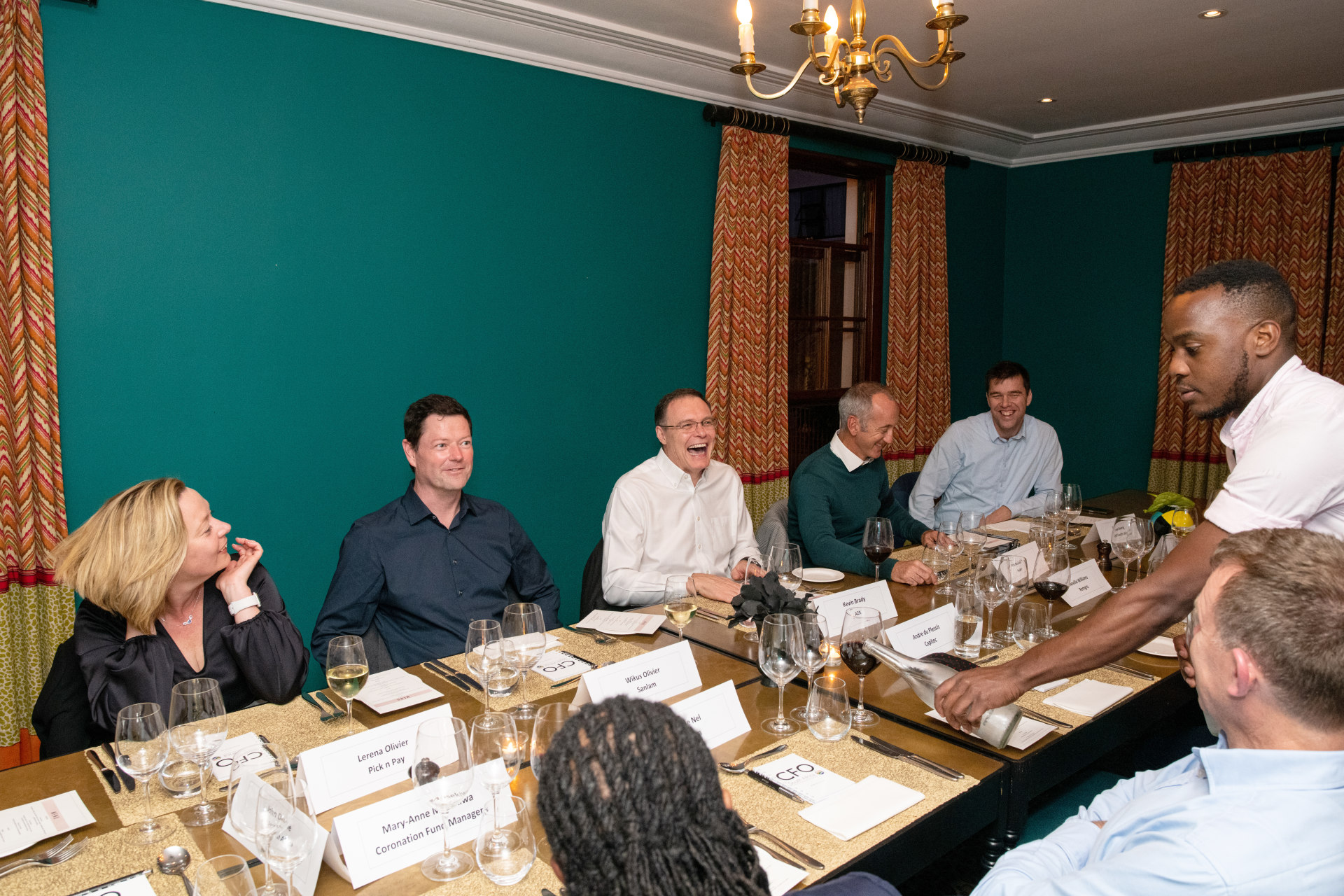 Read more: Adore your customer CFO dinner quests drill down to the essence of disruption

On 10 October 2019 eight CFOs gathered at the Saxon for a dinner with futurist Graeme Codrington to discuss how business – and life – are evolving, and interrogate how they can prepare for it. The event was made possible with the support of Standard Bank.

Each CFO shared incredible stories, from Northam Platinum’s Alet Coetzee, whose company is about to create 4,800 new mining jobs, to African Rainbow Minerals’ Abigail Mukhuba, who commits to teaching maths to children in her extended family for four hours every Saturday morning, to Telkom’s Tsholofelo Molefe, who takes her children with her to help out at children’s homes, to Cell C’s Zaf Mahomed who mentors young articled clerks from previously disadvantaged backgrounds.

Bidvest’s Mark Steyn shared how his company is working in partnership with the Christiaan Barnard Health Memorial Hospital and together they are revolutionising non-invasive heart surgery.

And Dis-Chem’s Rui Morais told the uplifting story of how he and his brother created the Wink Foundation to honour their mother who passed away. 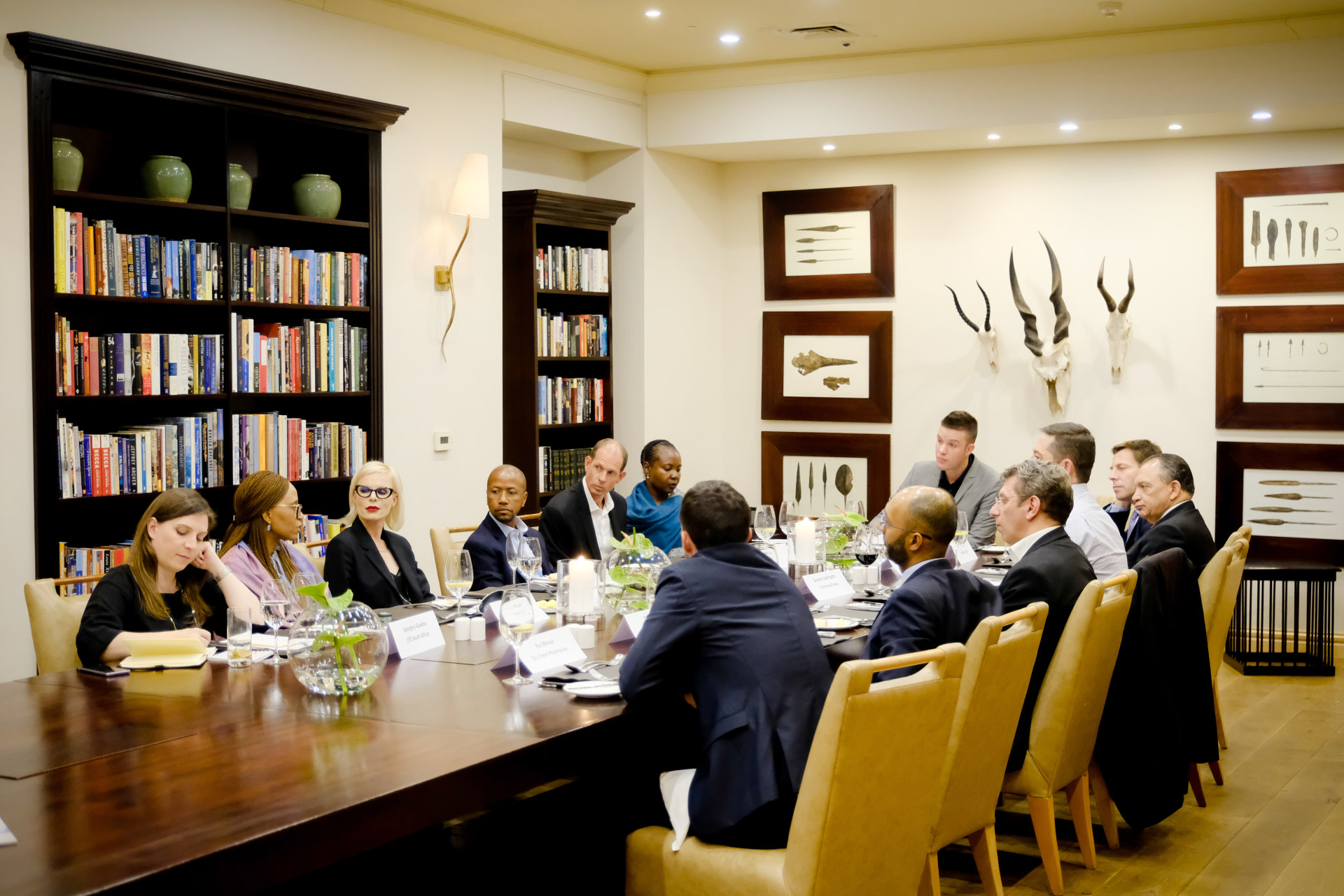 On 20 August 2019, at The Stack in Cape Town, eight top finance executives engaged in a dinner made possible by Standard Bank.

How do CFOs prepare themselves, their company and their country for the future? What if competitors outsmart us? What does the tech revolution mean for our people? Those were some of the questions raised by guests including Curro’s Bernardt van der Linde, TFG’s Bongiwe Ntuli, Oceana’s Elton Bosch, TomorrowToday’s Graeme Codrington, HomeChoice’s Jason Wright, Woolworths’ Justin Crowhurst, Distell’s Lucas Verwey, Cipla South Africa’s Mark Daly and Kouga Wind Farm’s Wendy Parsons.

As the immediate economic future prospects of South Africa came out tops on every CFO’s ‘worry list’, the group started by listing the incredible uplifting initiatives the dinner guests are involved in, both from a corporate perspective - as well as on a very personal and individual level. 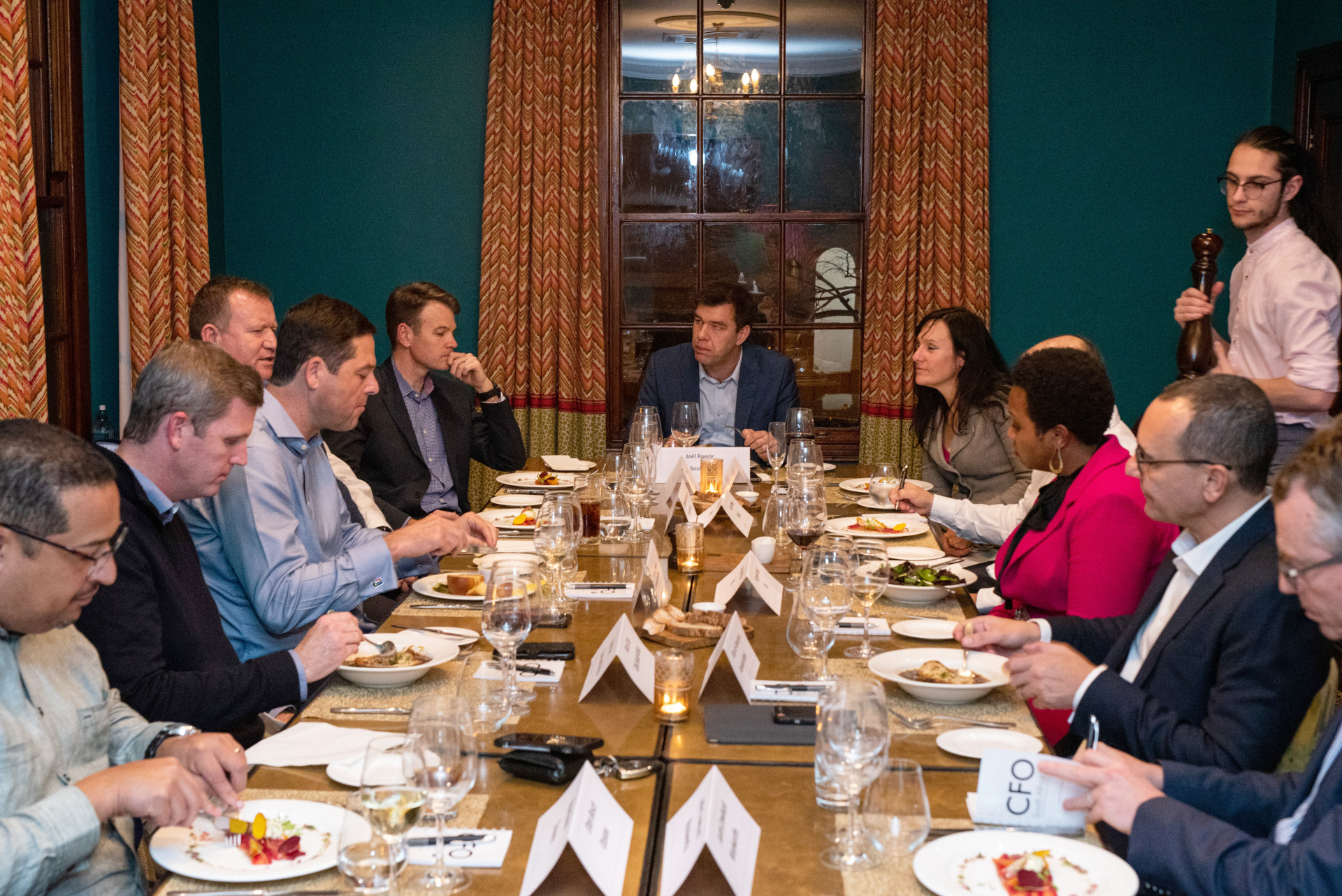 Read more: Cape Town CFOs get ready for the future

On 16 April 2019, a select group of top CFOs gathered at the Saxon Hotel in Johannesburg to discuss the future with speaker and strategist Graeme Codrington. Supported by software company Sage, the discussion about the Futurealist was as much about technology as it was about the impact of staying younger longer, ethics and education and the life and times of our children. 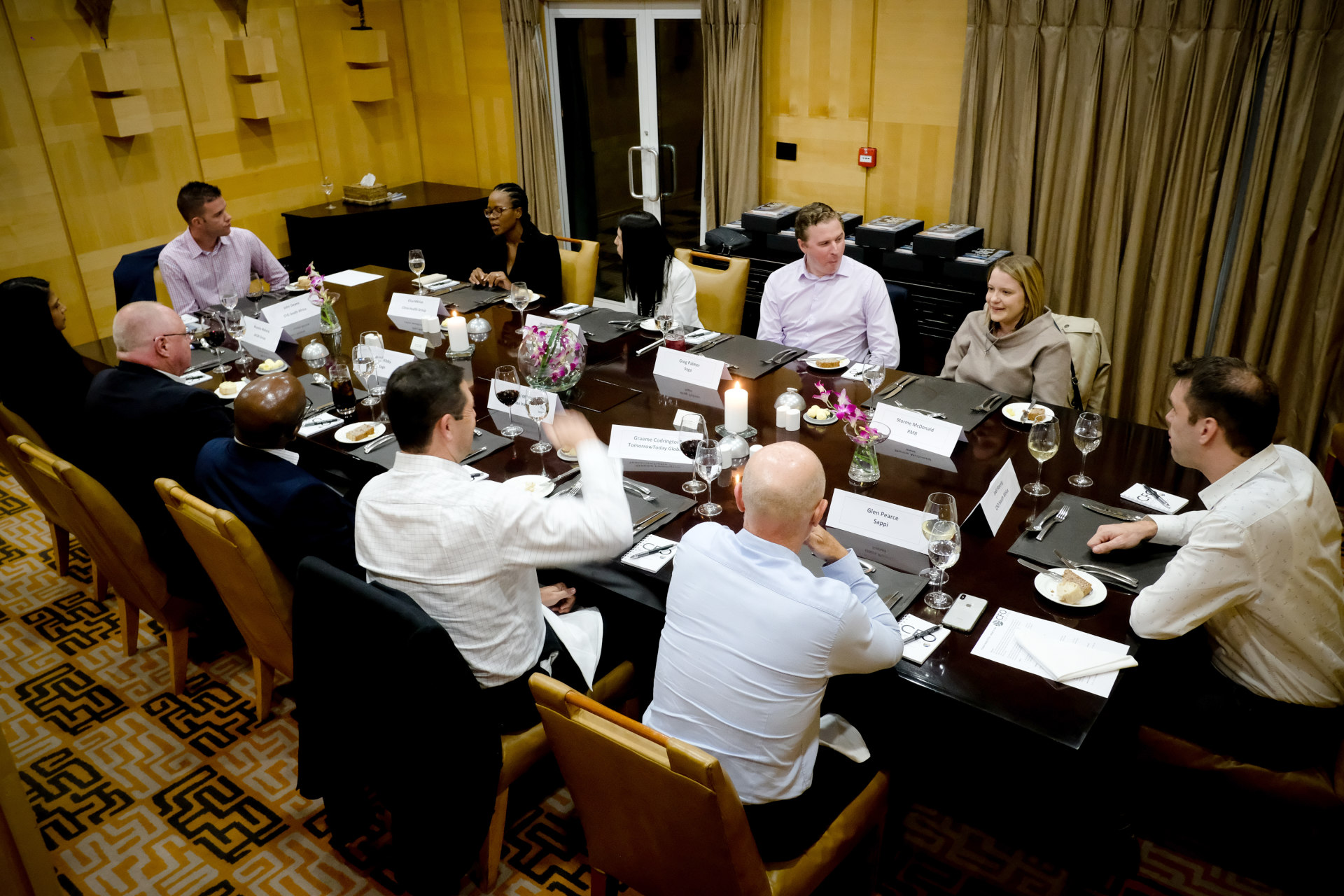 From April, the bank will be listed on A2X Markets, and the Johannesburg and Namibian Stock Exchanges.

André is eager to get around to doing the things he loves, like reading and riding his motorcycle.