Award-winning National Arts Council (NAC) CFO Dumisani Dlamini took time off his hectic schedule to share his experiences as a CFO in the public sector yesterday at the first City to City Public Finance session of the year which was held at the Menlyn Boutique Hotel in Pretoria on 15 February 2017.

The City to City Public Finance event series is an initiative started by CFO South Africa, giving CFOs working in the public sector an opportunity to learn, network and share challenges they face working in the sector.

"Public sector challenges are unique from those of their peers in the private sector, so that's why I asked Dumisani to come here and share some of his experiences, how he's overcome the challenges and what he has planned for 2017," said CFO South Africa MD Graham Fehrsen, addressing the attending CFOs. Seated in a circle, the session began with Dumisani sharing his story but soon became a vigorous discussion with all the CFOs also contributing to the debate and sharing experiences from their respective organisations. 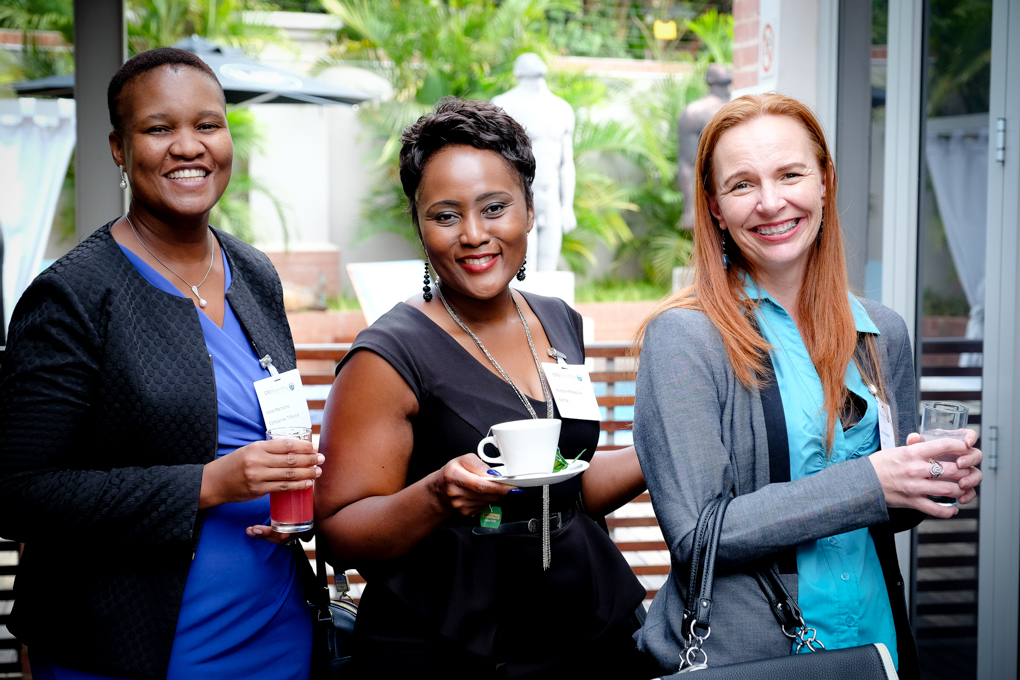 CFOs from other public sector entities agreed that they often experienced the same challenges that Dumisani spoke about. Jacomien Rousseau, CFO of Umalusi, added that her organisation also had to have an upgraded system as they were using old technology in the past. Irene Mathatho, CFO of Companies Tribunal also pointed out that everything was done manually in her organisation and that they had to put better systems in place to improve the organisation.

Having weak human resources and weak systems and controls can cripple an organisation, said Phetsile Magagula, CFO of the National Metrology Institute of South Africa (NMISA):

"When you have the right and correct systems in place, people start to believe you and definitely will follow your lead. I had to centralise the IT system and other facilities so that they operate from one place, which has made the organisation more efficient."

Throughout the session, it became very clear that there were three elements that were needed to run a public organisation successfully as a CFO and these were vision, analytical skills and education, and finding ways to improve efficiencies of reporting. 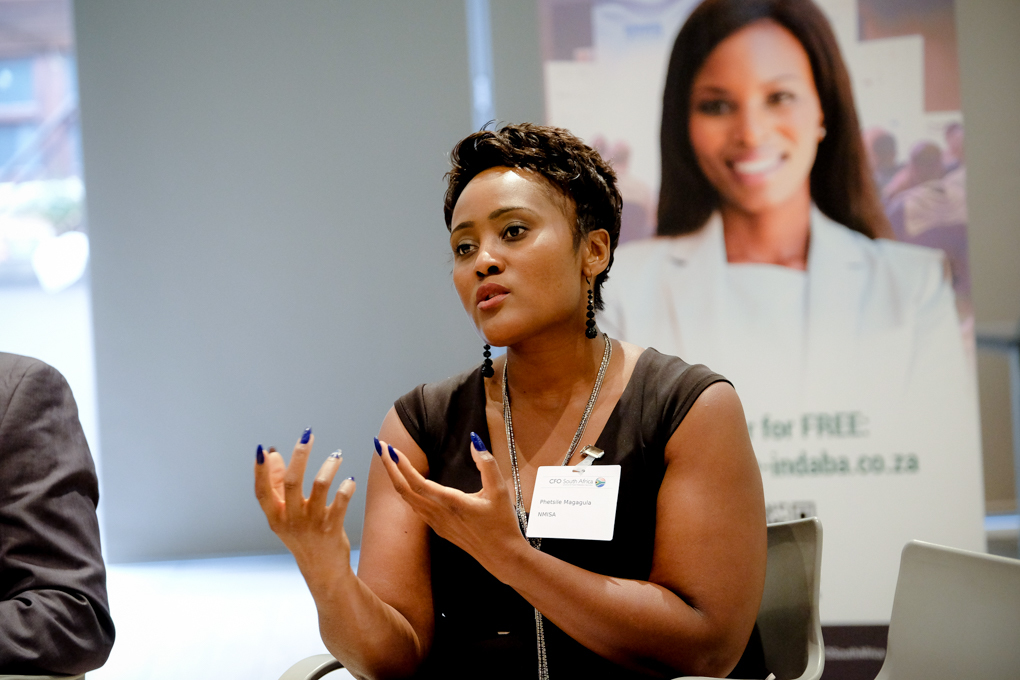 The vision of a company is vital because as a CFO you have to show the organisation where you are going so that you can get a buy in. Staff members need to understand the benefits of choices that a CFO has made. It is also important that CFOs understand what they are doing, that they speak the language and understand how the company works before they can offer recommendations on how to save money.

The role of a CFO is not only to look at the budget but to help people with coming up with strategies as well, therefore it's essential that they understand the environment as well. Sometimes CFOs find that some organisations don't really care about the budget and it's their job to show the rest of the company that they can get the same thing for less money and more efficiently.

"In the public sector everyone wants a clean audit but no one wants to do the work to get there," explained Irene:

"When I joined the Companies Tribunal, I had to analyse the situation, understand it and explain it to the staff. I had to balance the organisational mandate with the finances which is not easy."

A recurring theme throughout the discussion was how do CFOs marry vision and finance and make sure that the vision becomes a reality. Most CFOs expressed that sometimes the CEO and the visionaries in the organisation, although they mean well, have unrealistic expectations and their visions are unattainable.

At the end of the session attendees came to an agreement that they have to share knowledge and learn from one another in order to improve their respective organisations. CFO SA's Graham Fehrsen encouraged them to share insights with one another:

"The reality is that in both private and public sector you have budgetary constraints so you have to find out what works in your environment, but also learn from what other organisations have done in a similar situation." 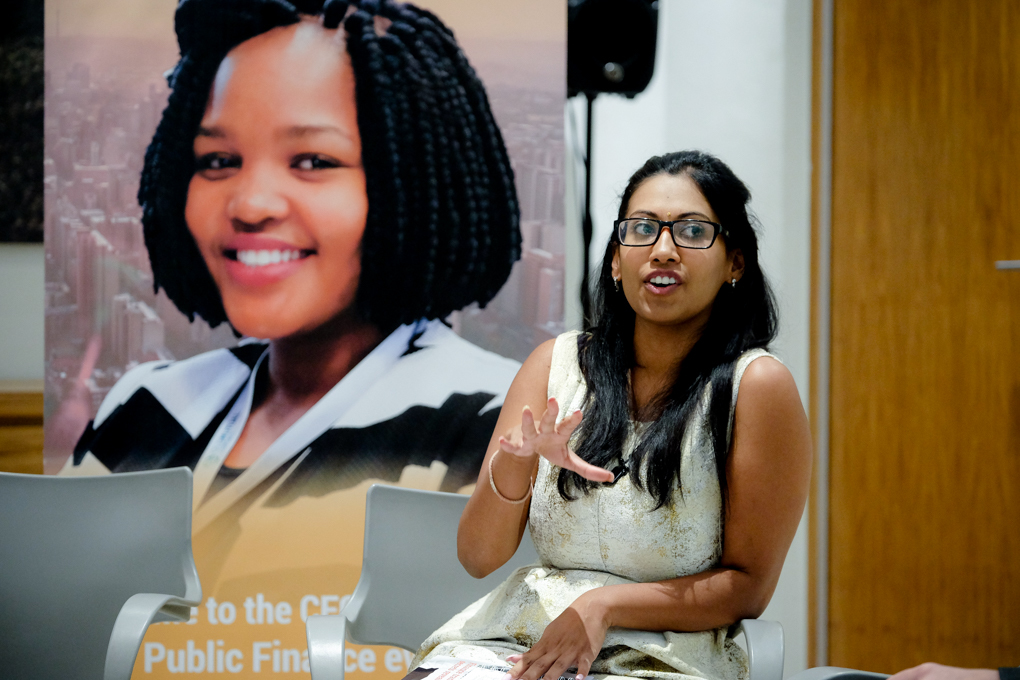 Earlier, Dumisani, who was accompanied by his finance executive Simon Dakalo Mandiwana, told CFOs that when he first joined the NAC he had to consolidate two subsidiaries which was extremely challenging because he had to work hard to form relationships and even harder to turn things around.

One of the main problems he would face when joining a new company is the way it manages its finances and the NAC was no exception. More often than not he would find that the financial statements did not correspond with the financial status of the company, a problem which according to Dumisani can be found in most companies.

There was always a problem of over-expenditure of the budget which meant that the organisation was spending more money than there was in the budget. For example in one company, the board was making decisions without having all the necessary information at their disposal which led to an increase in expenditure. His task was to ensure that there was regulation of expenditure before paying for consultants or buying new equipment or approving upgrades.
Dumisani encouraged CFOs to always find out where and how they can cut costs and save the company money.
For example in one company, he realised that they were overspending money on maintenance services which were paid for on a daily basis.

"Instead of having maintenance all year for printers for instance, call them only when the printers break. That way you save money."

Dumisani shared with the attendees that when he arrived at the NAC he realised that the organisation was not spending the money it was supposed to spend on funding artists. At the end of the financial year the bulk of the money the NAC was supposed to use to develop artists remained with the fund. However, since he came on board this situation has changed drastically and the entity is now offering R34 million worth of grants per quarter. 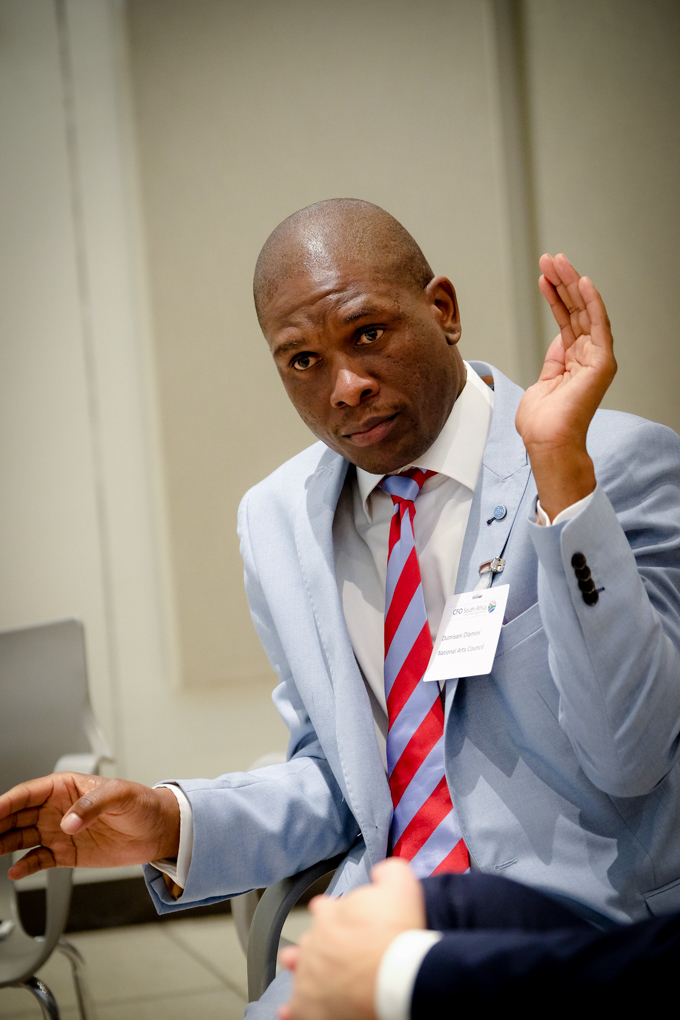 He added that managing the finances of the organisation does not come without challenges. While there is money to fund artists, there are way too many applicants and sometimes the same people keep applying for funding. "Some people have been in the system for 10 years and you can't keep uplifting the same people," said Dumisani. "That means we have to teach them marketing, how to run businesses and how to apply for a business loan which they can pay back. Once they have loans they will learn how to make money work for them because they have to pay it back." In addition, this would mean that the NAC now has available funds to help new applicants.

The second major problem he noticed when he joined the company is that the organisation did not have proper systems and controls in place, so he and his team had to upgrade the system. For instance, the organisation was doing most of its processes manually as opposed to electronically. That means that staff members were completing forms, claims and leave forms manually which is problematic.

"I once found out, in one organisation I was working for, that the staff was claiming so much leave that they ended up owing the company more days and not the other way around because they were doing everything manually, so when I started making changes in that organisation I wasn't very popular."