The support of small black-owned accounting firms made it possible for a young woman from rural KwaZulu-Natal to achieve her dream of becoming a CA. “This is the story of changing your life by having a desire to achieve big,” said Sihle Ndzimbomvu, audit manager at Ngubane & Co, speaking at Finance Indaba Africa 2017. “It is not only the story of my childhood but also the story of a black woman who is breaking barriers. Women or men can relate to this story because, although we come from different places, we have faced similar challenges.”

Sihle grew up in Umzimkhulu, a small town in rural KwaZulu-Natal, and started her education in the local schools.

"Growing up there was not easy at all because it is a rural area and we faced a lot of challenges. I walked about five kilometres to school. I walked that distance every day from when I was five until I was 13, just to get an education."

She covered that distance on an empty stomach, which made it even harder for her to listen and absorb her lessons, desperate to go home and tell someone she learnt something at school that day. And even though she was committed to doing her homework, after her long walk home, she had chores that took her until late at night before she could focus on her studies.

Although she knew she wanted to do something with her education, she was also held back by a lack of information about the career paths she could follow. "These are some of the challenges that black children who want to achieve big are going to face," Sihle said.

"But the biggest challenge was that our parents believed that the only way for a girl to get security, wealth and freedom was to get married. They asked, 'When are you going to get married?' but because I had bigger dreams, I chose the other direction." 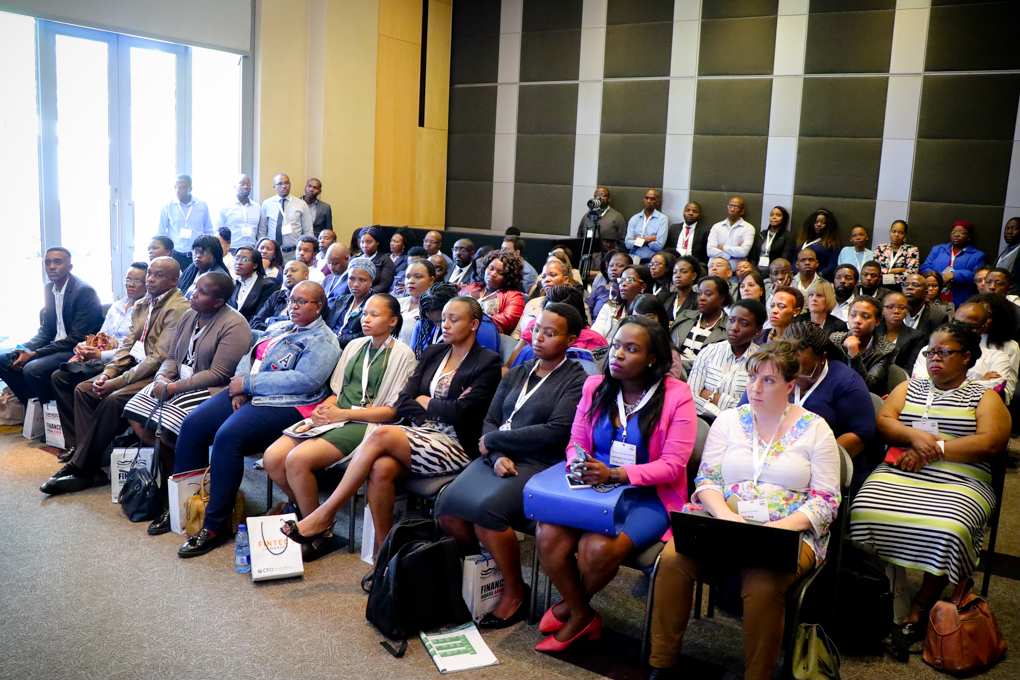 When Sihle was approaching high school, her parents moved to Johannesburg. "I felt this was a good idea because maybe my circumstances would change. I believed everything happened for the best in Johannesburg."

But there were more challenges for her to face. She was accustomed to receiving lessons in her home language and now she had to adapt to the terminology in English. Things were far more fast paced than she was used to and she struggled to keep up in a class of 30 - she'd previously been in a class of more than 80.

"What I appreciated was that I was able to access information. There were libraries where I could gain more understanding of the careers I could follow with the subjects I had chosen. And lucky for me I could go to career expos and learn about different careers."

She was selected as one of three children from her school to go to the Gordon Institute of Business Science (GIBS), where she felt ashamed that people couldn't identify her as a matric student because she didn't have a dedicated matric blazer. She also heard the questions that children from the other schools asked that she could never have thought of - making her wonder if she was getting enough to succeed at her school.

Despite all her setbacks, she was able to complete matric and go to university. As the first child in her family to attend a tertiary institution, there was no one at home to guide her, and she had to find her own way.

Sihle completed her degree, albeit not without financial difficulty for her family. On her graduation day, her father said something to her that will stay with her forever: "You know what, when I was working for the Joburg Municipality, cleaning outside the university, I never thought that one day I would come inside and watch my child walking down there wearing her gown and getting her certificate."

"It resonates with me to this day. It makes me want to achieve more."

To her great surprise, Sihle did not find a job easily after graduation, so she applied for a workplace readiness programme and then for a traineeship. She failed her CTA four times before finally passing because she had to prioritise the demands of her clients to keep her job and continue to play a breadwinning role in her family. "You realise that as a breadwinner, if you focus on your studies, you might forget about work and lose the job that means you are able to do things with your life."

After a great deal of hard work - during which time she was also trying to further her studies - she found a job at Ngubane & Co. "For me, when I joined this firm, I realised that there is a contribution that black firms make for young people that still want to pursue their careers. They try to create this platform where we can still try to achieve the dreams that we had as a child."

She said that Ngubane & Co provided academic support so that she could balance work and studies, and work towards her dream of being a chartered accountant.

"As a child in a rural area, walking along dusty roads, I never realised I'd be standing at the Finance Indaba, telling not only my story but the story of a black child. Looking back, I don't regret the path I had to take to get where I am today. This is the story of how you can change your life by achieving big."

Sihle is about to write her CPA exam. "Having failed my CTA four times, I am about to realise my dream of becoming a CA - a dream I've had since I was at primary school."

Her final message for the rapt audience was to support black firms. "To people who have the power to assist these small or medium firms, invest more! You are not just supporting the partners of those firms, you are changing the lives of children who never believed they could walk down that path."