Do you want to keep up to date with the latest developments in finance, but you are short of time? Don’t worry. CFO South Africa weekly collects 10 of the most important articles from international media for your convenience.

1. A Time of Disruption
The U.S. presidential election and all of its attendant ugliness and divisiveness may soon be an unhappy memory, but political developments around the world continue to cloud the risk profiles of global companies. Whether they're vulnerable to Brexit fallout, terrorism, or the latest rumblings from China or Latin America, multinationals are increasingly aware of the need to pay close attention not only to business plans and bottom lines, but also to cross-border threats in a politically volatile world.

2. The Simple Economics of Machine Intelligence
The year 1995 was heralded as the beginning of the "New Economy." Digital communication was set to upend markets and change everything. But economists by and large didn't buy into the hype. It wasn't that we didn't recognize that something changed. It was that we recognized that the old economics lens remained useful for looking at the changes taking place. The economics of the "New Economy" could be described at a high level: Digital technology would cause a reduction in the cost of search and communication. This would lead to more search, more communication, and more activities that go together with search and communication. That's essentially what happened.

3. Top M&A pain points: Technology, followed by people
Southwest Airlines' acquisition of smaller US carrier AirTran was first proposed in 2010. The deal closed in 2011, and the last AirTran flight was in 2014. The technological merging of reservation systems continued far longer. Southwest's most recent annual report, in early 2016, said the airline continued to work on implementation of a reservation system that had to be revamped when Southwest, which had previously flown domestic routes only, took over AirTran's international routes. The company said a single, new reservation system for international and domestic travel will be implemented in 2017.

4. MIT Ranks the World's 13 Smartest Artificial Intelligence Companies
Editors at the MIT Technology Review recently weighed in with their annual review of the world's 50 Smartest Companies. This list celebrates the most effective pairing of innovation and business across the globe. For the first time, more than 20% of MIT's picks rely on artificial intelligence to support their business at a fundamental level, somewhat redefining what it means to be a truly "smart" company today. How many of these 13 artificial intelligence leaders are you already using?

5. Can the US economy return to dynamic and inclusive growth?
While the United States may be outperforming other advanced economies, it is underperforming relative to its own potential. In real terms, the median US household income is back at its level of two decades ago. Meanwhile, the vast majority of income gains have gone to households in the top quintile, which do not have the same propensity to spend. This in turn hobbles aggregate demand in the short termand when businesses do not see the need to invest, it reinforces the cycle. US productivity growth recently turned negative for the first time in 30 years. 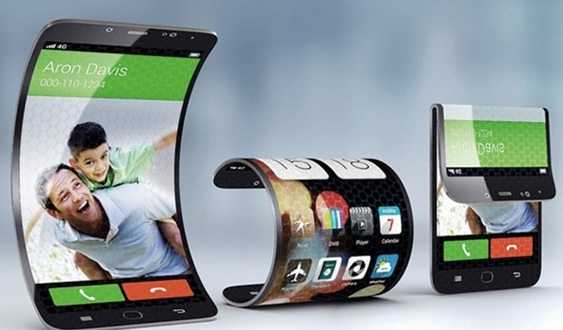 6. 6 Future Mobile Technologies That Could Arrive in 2017
Technology makes us curious, and the smartphone revolution has taken technological innovation to dizzying heights. Things like gesture interface, which we had all glimpsed in the Tom Cruise film Minority Report seemed far-fetched and fictional at that time (2002). It is a reality in mobile technology today, and by 2019, will be available to the masses. Mobile technology is not just changing the way we live and experience, but also defining it. Let us look at six mobile technologies that will become widely present and used in 2017.

7. How to get more value out of your finance team
The tedious and time-consuming nature of traditional accounting tasks often means that people with the ability to provide powerful insights into strategic decision-making have no place at the table. Indeed, one-third of UK business decision-makers at medium and large enterprises believe their financial teams are an underutilised resource, according to a recent survey by accounting software company Blackline. However, there are ways in which businesses can unlock the potential of their finance teams and ensure they contribute to high-value areas.

8. Sustainable Business Will Move Ahead With or Without Trump's Support
If we take the incoming president of the United States at his word, things look dire for the cause of sustainability. Donald Trump and many of his advisers appear hostile to action on climate change and to progress on many social issues that companies have already embraced, such as diversity and LGBT rights. Even if Trump himself stays ambivalent on some of these issues, Republican leaders have much clearer aims, including extensive plans to slash environmental protections.

9. Management reporting fails to keep pace with digital era
Corporate reporting is failing to keep pace with technology advances resulting in a growing expectation gap between what boards expect from reports and what CFOs can deliver, a new study has found. Two-thirds of chief financial officers worldwide say that the increasing volume and pace of data is affecting their ability to provide meaningful insights to boards, according to EY financial accounting and advisory services (FAAS).

10. Robots Won't Try to Kill Us, Says Stanford's 100-Year Study of AI
For many people, talking about artificial intelligence and its implications for the future of humanity inspires the conversational equivalent of that internet argument about the dress being blue or gold. Some people will see abundant possibility; others, the period at the end of humanity's story, as they conflate AI with killer robots and super-intelligent machines that will come to regard us as petsor worse. A Stanford University-hosted project is under way to look past all thatpast the pop-culture takes on AI, the warnings from tech thinkers, and the breathless hype about assistive AI tools in our phones and other devices. The project was set up to take the long view of AIa very, very long view.

Malcolm explained in a webinar that automation has improved Retailability’s reconciliation processes.

BlackLine joins the Finance Indaba Network as a silver partner

CFOs must embrace automation to improve their financial processes

BlackLine gets its message out there: It's possible to have finance automation control and visibility.

Associate sponsor BlackLine says CFO Awards are a natural fit for BlackLine to align with.

"We will be talking about how to build your future with the Blueprint for Continuous Accounting. This revolutionary new concept is changing the way accounting and finance are performing and creating a paradigm shift across Modern Finance Organisations," says Bridgette Ward, Sales Manager of AdvanceNet, a gold partner at the Finance Indaba Africa 2017 on 12 and 13 October 2017 at the Sandton Convention Centre in Johannesburg.