1. Amazon and Intel Use This 1 Principle to Make Quick, Effective Group Decisions
The technique that can be used by any company, big or small.

2. Leadership lessons from Africa’s trailblazers
How five leaders are seizing opportunities and overcoming challenges to build successful organisations in – and a brighter future for – the nations of Africa.

3. Research: When Small Teams Are Better Than Big Ones
The “discovery of the 21st century” was awarded the Nobel prize two years after it was made. In 2015, the Laser Interferometre Gravitational-Wave Observatory (LIGO) project finally detected what it was built to: gravitational waves – ripples in the fabric of space and time – caused by the collision of two black holes.

4. How to succeed in Economy 4.0: it starts with financial wellbeing
Research has found that the financial well-being of employees can have a significant impact on performance and productivity at work. However, Asesh Sarkar, CEO and co-founder of Salary Finance, argues that addressing it and setting a KPI for your employees’ Financial Fitness Scores can help your business achieve success in Economy 4.0

5. How to Turn Stress Into Success Once You Reach the Top
I asked 84 CEOs from around the world, whose firms range from SMEs to global multinationals, about their biggest challenges in their first months as a CEO. I also queried them on the impact of these challenges and how they addressed them (or wish they had addressed them). 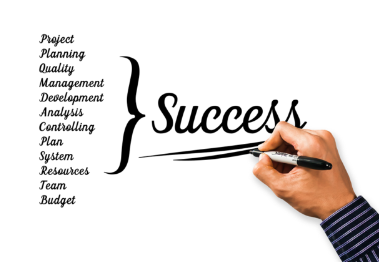 6. 6 Tips for Establishing a Data-Driven Culture
Most companies know that implementing advanced analytics is a key to success, but many are hung up by various challenges in doing so.

7. 7 ways to gauge emotional intelligence through body language
Be more aware of the messages you are inadvertently conveying, or suss out what others are revealing about themselves by clueing in to these body language signals.

8. How to Excel with past, present, and future data
Many accountants and analysts have to analyse trends using past and current performance to create informed forecasts for the future. It’s a common problem that causes consternation and bad Excel modelling far too frequently. However, it can be circumvented using a simple layout and the application of functions discussed in previous editions of this column (more on that below).

9. Confronting the Harsh Realities of ‘Cross-Industry’ Fraud
CFOs should be alert to the growing threat from professional thieves who perpetrate the same types of fraud across multiple industries and sectors.

10. Nintendo and the magic of nostalgia marketing
Japanese video game giant Nintendo's 2016 decision to rerelease mini versions of its vintage gaming systems, including 1980s and 1990s classics Nintendo Entertainment System (NES) and the Super NES gaming systems, seemed like an odd strategy when first considered. The company had just barely returned to profitability in 2015 after years of malaise, including falling revenue and operating losses from 2012 to 2014, according to the company's financial disclosures.