"Many companies initially, 20 years ago, would write their own software because there was no really great software that was modifiable. All our development is client-driven, because they realise that one defining feature will change my business. We give the clients that defining feature. If we don’t have it, we write it," says Stephen Corrigan, MD of Palladium Business Solutions, a gold partner at the Finance Indaba Africa 2017 on 12 and 13 October 2017 at the Sandton Convention Centre in Johannesburg.

Do you want to learn more about Palladium's innovative solutions or want to switch to Palladium Accounting? Then don't miss the Finance Indaba Africa 2017.

In the coming weeks, we will be chatting to all the Indaba partners, asking them why they are joining the event and what their most important message for finance professionals is.

Please tell us about your background and how you came to head up Palladium.
"I left sunny Secunda in Mpumalanga when I was 18 and moved to Johannesburg. I was working for EY, doing my articles and studying part-time, doing my degree part-time, as we used to in those days, not having the luxury of rich parents. I had one or two other jobs, always involved in the accounting side and joined Pastel in 1997 as finance manager. I became MD of Pastel in 1999. I left there for Pilot Software in the hospitality industry in 2007. I was there for three years, and during that time we did a management buyout of a company called Accountmate Africa. I was serving on one of the boards of an accounting institute and was introduced to Palladium by one of the board members. We enjoyed the product so much we bought the business - this was seven years ago. Since then we've been growing the business, doubling it every year, with a lot of big clients. When you own the technology, you can do cool things!"

Please tell us about your product offering.
"We have Palladium, which is homegrown software. We own the source code and we do a lot of development for client requirements. The product itself integrates nicely with Microsoft from top to bottom. We focus on the five to 50 user market.

"Acumatica is a modifiable cloud ERP. It ships with source code, has workflow on every form and integrated document management. It is for clients around the R1 million, so it parameter-driven and very high-end. 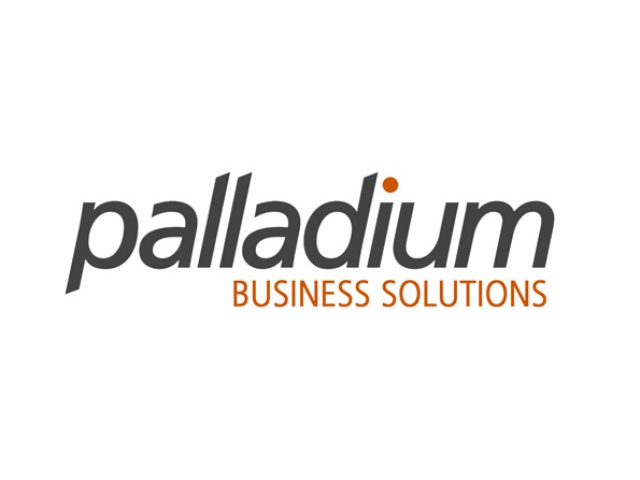 "Many companies initially, 20 years ago, would write their own software because there was no really great software that was modifiable. All our development is client-driven, because they realise that one defining feature will change my business. We give the clients that defining feature. If we don't have it, we write it.

"On the Palladium side, we're moving aggressively to cloud and are beefing up on features. We like to make common-sense features more common. That what it's all about.

"We offer something very different from a technological standpoint. People don't realise how much legacy software is out there. A market leading accounting product, which more than half the businesses in this country are using, was developed in VB6. The last VB6 update was in 1999 by Microsoft and all support was discontinued on 31 March 2005.

"Your business is compromised if you're running on a product developed using VB6. Businesses are vulnerable, so we want to get to the influencers and let them know that they've really been misled. We really want the south African public to know there is a proper viable alternative out there that is South African-owned. We are by South Africans for South Africans. We don't want to die as South Africa's best-kept secret. Up until now, that's sort of what's happened to us.

The features we put in is for upselling, increasing turnover, improving margins and buying effectively. We look at accounting software from a very different perspective than the traditional reactive applications, if I want to call it that. It's very proactive. The challenge is legislation, because the vast majority of business use software that is not POPI-compliant. The fact is people have become accustomed to data corruption, but it can kill businesses. Yet day in and day out, companies make tons and tons of money fixing data in legacy software. We're supposed to be early adopters in South Africa, but we haven't been in terms of our accounting software. We need to be more open-minded.

"We are South African and it is important to keep money in the country, but we are also writing really cool features. Our promise is that if people use Palladium correctly, they will increase turnover, and improve margins and operational efficiencies. Take us up on that promise. It's just not that common in other applications, including the market leader."

Why did you choose to partner with the Finance Indaba? 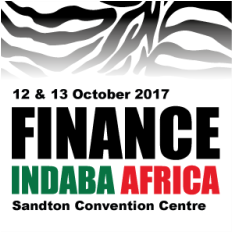 "We want to be talking to the influencers of the software. It's something we haven't done before. They need to see what Palladium is all about and once they hear the story, the rest is academic. We'll be showing Palladium, Acumatica, showing a bit of mobile, management systems - we'll be showcasing a whole lot of new products. People using legacy software need to change - it's just a matter of when. We've got a great product that's going to be easy to use, with simple migration tools. We're a mature, well known business."

What opportunities and challenges do you see in your African business?
"We pay lip service to clients in Ireland, the USA and Iceland, but the majority of our business is in Africa. Half of our business outside of South Africa is in Africa. The major challenge for us is language - we're not multilingual yet. There's a massive opportunity in Africa to do with legacy software, with a lot of the US products that were sold in Africa now moving aggressively online and stopping development. We don't require hardware to run and the product is very, very stable, and in Africa particularly, there's very low adoption of cloud - we can still run on premises."