Pulling off big projects is exhilarating, exponentially growing your profits is awesome, but are you achieving the GREAT thing? Are you building a better future? We spoke with Stan Slap, the world’s foremost thought leader on culture and leadership, who will be opening the Finance Indaba Africa on 12 October 2017, made possible by Clarkhouse Human Capital.

"While making profits, delivering on big projects, and improving the share prices of a company are all good thing, leaving a legacy impact on the lives of the human beings that helped you to do that is a great thing," says Stan, who was immediately captivated by this year's Finance Indaba theme 'Build a better future' and agreed to be the keynote for Africa's biggest conference and expo for finance professionals.

The culture guru from California is travelling to South Africa with a powerful message and a bag full of good, sometimes unusual, ideas to discuss with finance professionals during the event in the Sandton Convention Centre:

Leaders and ambitious professionals should know that they are the chief cultural officers, argues Stan, who has built a unique career advising the planet's big corporates about their people and their culture, winning raving endorsements from global executives from companies like Apple, Microsoft, Intel, Deloitte and Vodafone. 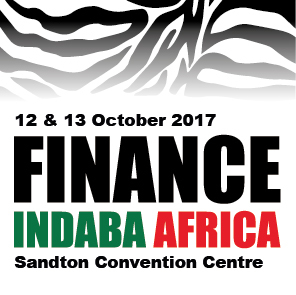 "True leaders may delegate some of the functions, and that's understandable in a large enterprise, but they are never that far away from keeping an eye on the culture," says Stan. "That is because the performance of leaders is ultimately judged by their legacy. It is not what happens while they're at the company that is most valuable, but rather whether their impact on the company is sustainable after they have left."

During what is expected to be a knockout presentation at the Finance Indaba, the corporate strategist from the United States will share more of his mind-blowing insights on GREATNESS and a 'people first' approach with the 5000 finance professionals who are expected to attend, many of them chartered accountants and other top professionals who are shaping the future of the country. For this interview, Stan took the time to explain the concept of culture as a living organism - a very powerful one.

"There are many, many misunderstandings about what defines a great culture," says Stan, whose San Francisco-based company goes by the name SLAP:

Stan explains that there is a massive difference between managing employees, managing managers and influencing customers. And when those groups start forming relationships within a company, they stop becoming managers, employees and customers and they start becoming cultures within your organisational ecosystem. "The key to success is recognising that you are not simply managing a group of managers, employees and customers, you are now managing that belief system," says Stan.

His philosophy is that a culture exists whenever a group of people share the same basic living circumstances and they band together to share the beliefs of the rules of survival and emotional prosperity. "A culture is remarkably resistant to standard methods of corporate influence and understanding how it works has been a key to all the success I have been able to achieve whether it is by running a company or helping others run theirs," says Stan, who is also a best-selling author.

Stan defines a culture as an independent information-gathering organism living right inside the enterprise that is designed to ensure its own survival. It has its own purpose and with all the power to either make or break any management plan or any manager. Its purpose is to protect itself. Not the company.

Does a culture care about money? Not really, says Stan:

Stan says the higher turnover of millennials in companies, is a culture problem. Younger professionals don't stay in companies and it appears as if they have unreasonable demands. But it's not that they are incapable of loyalty to a company, but rather that they are looking for a reason to believe and commit - and the companies they are finding aren't giving it to them. "A company should be grateful for this because the new generation is putting pressure on the company to address issues about the company," argues Stan, who - at the Finance Indaba - will be sharing proven ways of wooing millennials to stay.