I wish we could think in a truly radical way, says Investec CFO Nishlan Samujh

Nishlan Samujh, CFO of Investec, is one of those quiet CFOs that everybody who matters in the South African business world seems to know. He says winning the Governance & Compliance Award at this year’s CFO Awards was a huge surprise, and adds that his team is extremely proud of the accomplishment. In this conversation, Nishlan talks with verve about his humble beginnings, also revealing how to be an effective finance leader in a world full of entrepreneurs and “big people”. The most passion, however, he reserves for the prospects of South Africa’s youth. “Why can’t our kids be like those in India or Silicon Valley? We have a whole new generation coming and, as a country, we need to find out what our next big thing is. How do we get youth and education behind a common goal? Instead of talking about yesteryear, we need to fly out of it. These things are easy to say, but I do wish we could think in a truly, truly radical way.”

A new world
The next big thing, to be sure, has to do with technology. “How do we partner with tech in a way that transforms platforms and the way we interact with the world? Today we spend 60 to 70 percent of time on tasks and only 30 to 40 percent on problem solving and new ways of doing things,” says Nishlan. “With the aid of new technology, tasks are being shifted to a different space, so the human mind can work more effectively. In South Africa, we need to create minds that think beyond the task-orientated world. From that will come creativity. We are moving into a new world. If our kids are taught to think in this new world, who knows what we can be as a country?”

Keeping up with the technological Joneses is also a daily mission at Investec, where Nishlan, with the help of his strong team, has recently been involved in introducing capital management and budgeting tools. “Some of these systems are hard sells in a people-centred organisation like Investec, with a challenge to get through at all levels on whether we are implementing fit-for-purpose and future-proof platforms.”

Those processes can be difficult, but are never traumatic at Investec, says Nishlan. “Making tough decisions isn’t that tough, because this is a very collaborative institution. Investec is not just about the CEO or CFO. I’m conflict averse but at Investec, because of strong collaboration and support, I have grown in my role and am able to play my part. I grew up as an accounting technician and ran the IFRS project, but now my role is to make sense of where we are and what our evolution looks like. Working alongside our strong leadership team, you’ve got to be accustomed to working with ambiguity. My role has been to hold the picture and execute.”

Robotics
Proving the need for change lies often with finance, says Nishlan. “For example, when we look at systems to enhance the flow of information between finance and risk, there are a lot of efficiencies to be gained, but with this comes risk. The issue of scale and scalability of cloud solutions will also run ahead as we move on. Part of my role is to understand what this means for us as a business.” 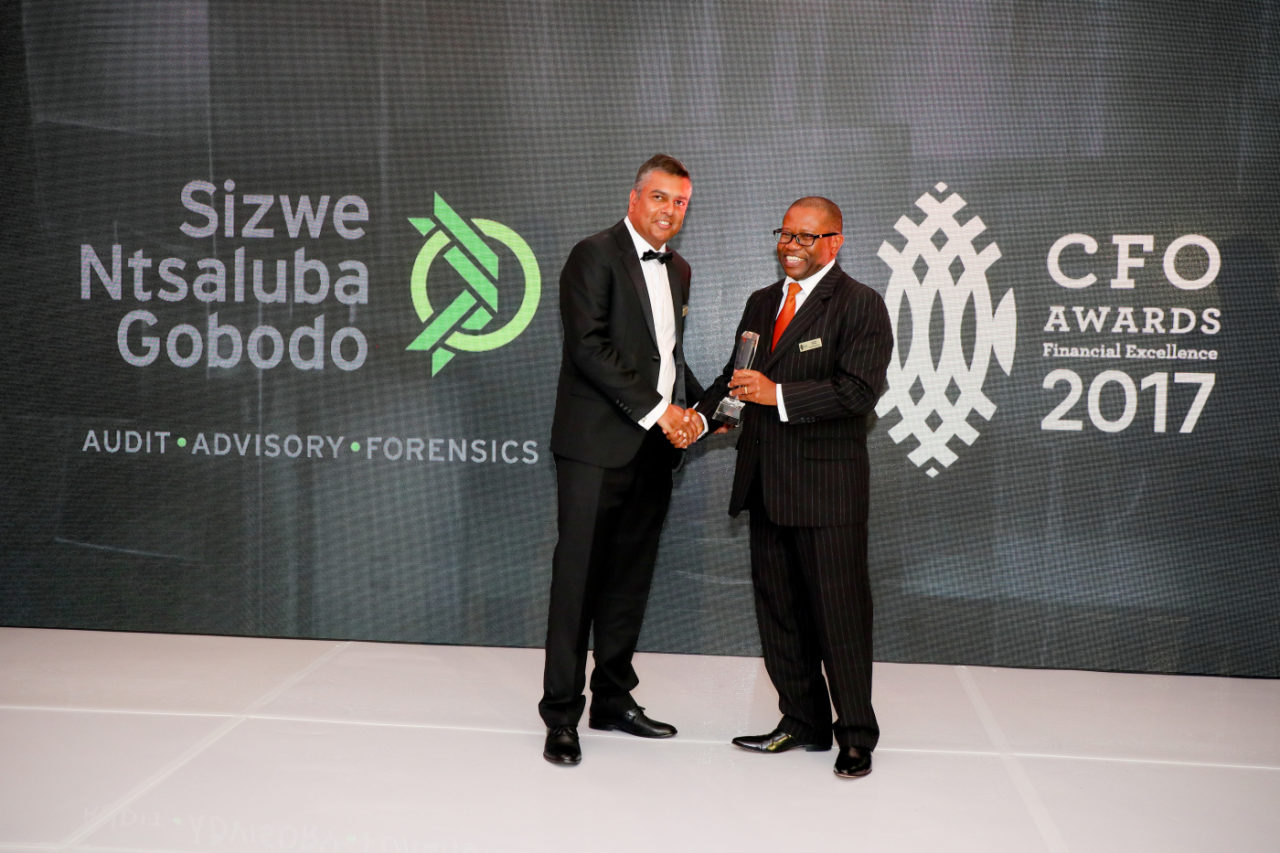 Nishlan predicts that the “next three to four years will be transformational”, with Investec being at least part of – if not ahead of – the curve. “In reality, automation is a lot simpler than you think it is. There are little pockets where robotics is becoming part of the conversation. The boundaries are continuously pushed. Computers can read your email and answer for you. Gone are the auditing days where you test a sample of transactions to gain comfort on the entire population. You can now continuously check the entire environment with 100 percent certainty. And yes, some jobs are going to change or disappear. That is why it is important that we start training for the world that is coming.”

Nishlan’s passion for education goes a long way back. Growing up in Durban, his mother was a seamstress in a clothing factory and the only breadwinner. “My mom left the house at half past five and was back at half past five that evening. There were some basic rules for me and my six-year-older brother Sean: the house needed to be clean and she did not want to hear anything negative from our school.”

Block of flats
Although these were days of apartheid and poverty, Nishlan gained a lot from the community in the block of flats where he grew up, playing football and cricket. “It was not about the wealth of the community, or the flamboyance, but more about the simplicity. It functioned. The environment was very conducive to freedom of thought. Sure, there were drugs and opportunities to get involved in things you shouldn’t, but there were also checks and balances. If we stepped outside of the norms, a teacher stepped into our home.”

While Nishlan’s brother flourished as an entrepreneur “who can sell your pants off you”, Nishlan took inspiration from his uncle’s humble home in Pietermaritzburg. It was a home that managed all of its resources as tight as possible. “Visiting this home was mind boggling. The pipes to the taps were compressed thinner to prevent water wastage. Yet, my cousins were guided into fields of medicine, finance and business. I took a particular liking to my cousin, Jashwin Ramchunder, who was a chartered accountant. My cousin had simplicity about himself. He was very balanced and very connected. I enjoyed the man he was, laying the foundation to my career as a chartered accountant.”

With many covert mentors along the journey, Nishlan soon discovered that progress was all about relationships and learning from others. “From standard 7 I wanted to be a CA,” he says Sasol ended up paying for a big portion of Nishlan’s studies and after articles at KPMG, he worked for some time at the petrochemical business. “When I joined Investec, I was 25. I am 43 now. It just gelled so well.”

In awe
Nishlan says he still remembers walking into the Investec office for the first time in January 2000. “I was just in awe. What Investec does well, is that it doesn’t define the four corners of your role. Before I knew it, I was working to solve problems. From being an accountant, I started being involved in deal structures, acquisitions, the London listing of the group, and the sale of our US business.” 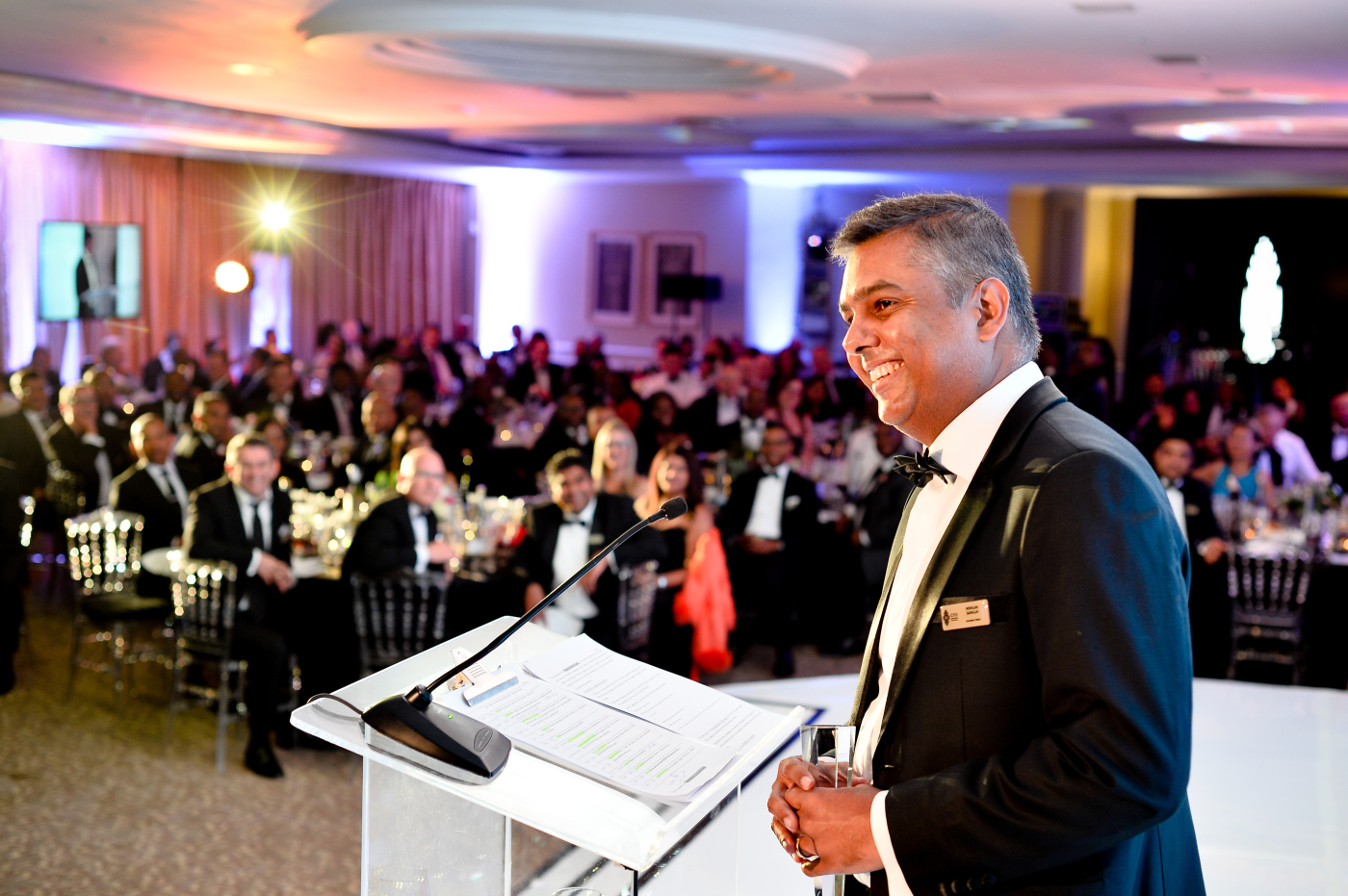 The reason for his success and ultimate promotion to CFO, despite being an introvert and backroom operator, is that he always had something useful to contribute to the discussions and that he invested in relationships, Nishlan says. “I am quite a reserved individual, but in my own funny way, I have been able to build relationships. I am not the guy who will entertain everyone. I don’t play golf. I tried. I am also not the loudest at the bar. But with the right partnerships, this place lets you get on with your business.”

Perhaps surprising to some, Nishlan is far from the type who is married to his work (he is married to his wife Shelina who he met at university). “I enjoy time out. For me it is important. I love holidays. I love exploring new places. I am a relaxed traveller and can really shut down and forget about the world. At my final interview, Bradley Tapnack remarked, “Investec will take from you what it can, it is up to you to balance it.”

Investec has strong leadership across the organisation. Nishlan enjoys playing his part. “What keeps me sane is listening, learning, adapting and being part of the conversation. What I love about the organisation is that we are always striving to get to the next level; pushing the boundaries.”

Second nature
Commenting on winning the Governance and Compliance Award at the 2017 CFO Awards, Nishlan says that these things need to be part of the DNA of an organisation. “Regulation is a pendulum that rebalances itself as time passes. If you run compliance as a rule book, you have to go back and check all the time and you can trip up very quickly. A lot of it is proper common sense and yes, sometimes the checks and balances are a little bit too much and you need the rule book in front of you. But it needs to be second nature. There is a lot of change that has happened in this space since the financial crisis. There is a lot that the regulatory world is trying to figure out. We are obliged to help reshape that space.”

Investec is dual-listed in London and South Africa, which means there are plenty of those rule books to go around in the Sandton offices. “We watch certain things critically and engage with the external world as thoroughly as we can. A lot of regulatory stuff from a global perspective filters into South Africa, so in our risk forums and board forums we share what’s happening across the world.”

The Investec culture instinctively balances important principles like “break china for your client” with “cast iron integrity”, says Nishlan. When asked how he deals with the difference in interests between shareholders, clients and other stakeholders, the CFO says it is all about the “right return,” adding: “The principle of earning your right to that return is important for us.”

Risk managers and committees play an important role here, with Nishlan again bringing up the transformational power of technology. “The role of risk management is changing and might be done by machines in the future. Machines have a revolutionary impact. In the future, there’s a lot that will be automated, but how do we deal with that? Certain levels of jobs will disappear as this evolves. The role of the CFO will evolve and the environment will change. I’m excited about this because it opens up a lot of new opportunities.”

Automation for a seamless financial close

BlackLine’s Mike Hibbert: When it comes to month-end, some companies still do it the old-fashioned way.

South African finance on the cusp of digital transformation

CaseWare Africa's Jodi Joseph tells CFO SA about their offering, and the impact of digital transformation.

Nico Pretorius, Phindile Majikijela and Marizane Meyer are delighted by the challenge outcome.

These are the winners of the Finance Indaba Network scavenger hunt and leaderboard competitions.

Accolades pour in for the virtual Finance Indaba Network launch

Attendees said they enjoyed the insightful content, speakers and virtual interaction with their peers.

Air Liquide's Taki Nkhumeleni and other panellists share their companies’ stories of growth on foreign soil.

Cybersecurity part of the CFO’s remits

Experts hash out the extent of the CFO’s responsibility for cyber security at Finance Indaba Network.

Having sufficient liquid assets is an important safety net in times of crisis, the Finance Indaba heard.

Finance professionals were treated to a gamified virtual conference and expo experience!

The rise of the chief value officer

Speaking at the 2020 Finance Indaba Network, Professor Mervyn King advocated for a title change for CFOs.