The organisers of the African FinTech Awards didn’t dally about this year, hauling out the heavy artillery in the form of the hotly anticipated Blockchain and Bitcoin pitches shortly after the opening of the Finance Indaba Africa 2017 at the Sandton Convention Centre on Thursday, 12 October.

Blockchain, a public ledger of all cryptocurrency transactions, is the most exciting sector in all of FinTech, and there was a tangible sense of anticipation as Indaba attendees packed the FinTech arena to the rafters.

With thousands of votes cast in the nomination process and some of the continent's foremost experts on FinTech on the judging panel, Rehive and The Sun Exchange went head to head to claim the coveted title of Blockchain king for 2017.

Michael Brink from Rehive said the firm had recognised that the conversion rate from ideas to implementation and creation of FinTech products remained low, despite access to powerful technology like blockchain.

Billed as "the fastest and most affordable way to build, launch and scale your FinTech applications", Rehive's platform is a powerful business logic layer between the blockchain and the client interface.

"The cost of innovating incorrectly is high. Rehive aims to make innovation as affordable as possible, reducing upfront development costs and time. Rehive platform and services - decoupled micro-FinTech services sitting on top of the platform - have underpinned more than 100 projects built for enterprises and individuals, and our three live applications service 10,000 customers and over a million transactions," said Michael.

Rehive makes its money via a variable fee structure on transactions and licences, and is on a mission to build a global open-source API marketplace. 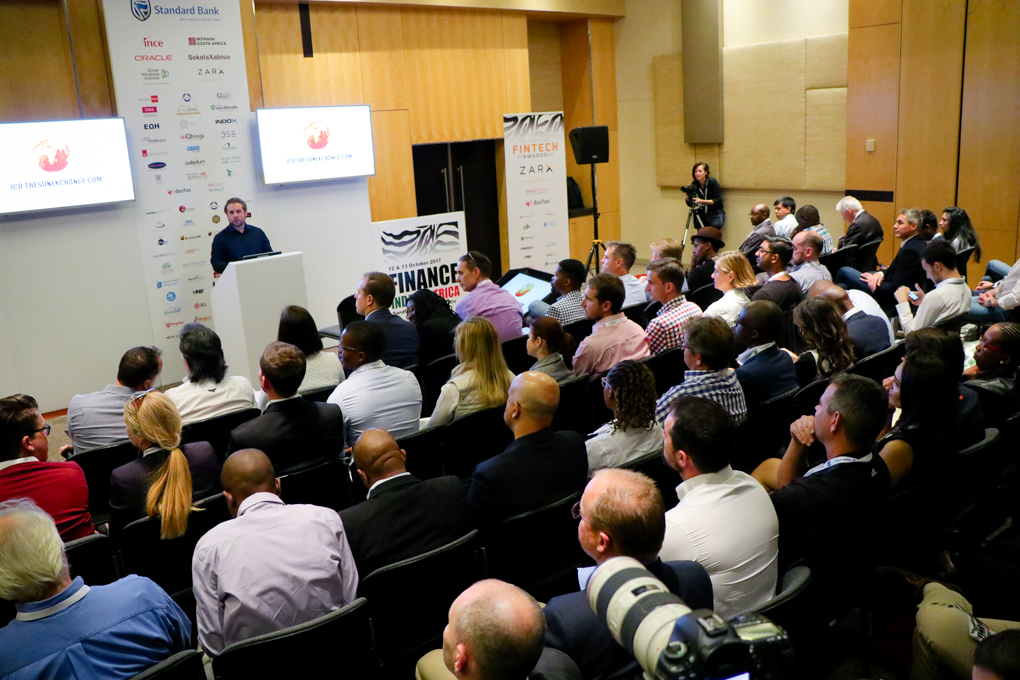 Reigning champion The Sun Exchange, which also won a global blockchain challenge in Dubai, has grown rapidly over the past year. CEO Abe Cambridge (pictured) called on attendees to sign up on its online platform and begin earning money from solar power generation.

"Using our platform, anyone can earn income from the sun. Anyone can achieve solid returns from the shared nuclear fusion reactor in the sky: the sun. Solar power provides a predictable yield of over 10 percent a year, but many companies can't afford it. Our marketplace allows anyone to buy into commercial solar projects, starting with a single panel. South Africa's sunlight is worth $620 billion a year, and $3.4 trillion is being invested into renewable energy globally. The time for solar power is now," said Abe.

The Sun Exchange's success has been based on the key innovations of fractionalised panel ownership and blockchain universal asset leasing, which have allowed its 3,000-plus members from 70 countries to invest in panels at low cost, using bitcoin. Abe said the firm is planning to launch its own digital currency in the near future.