The entrepreneur and businessman appeals to all decision-makers in business to do right by SMEs.

Last week, businesswoman and designer Shannon McLaughlin took to social media to “out” Woolworths for copying her Ubuntu Baba baby carrier and intentionally taking business from her.

Woolworths met with Shannon this week and subsequently acknowledged the similarities and apologised for what had taken place. They also agreed to remove the baby carriers from their stores, and give back the money to anyone who brought their purchased carrier in for a refund. 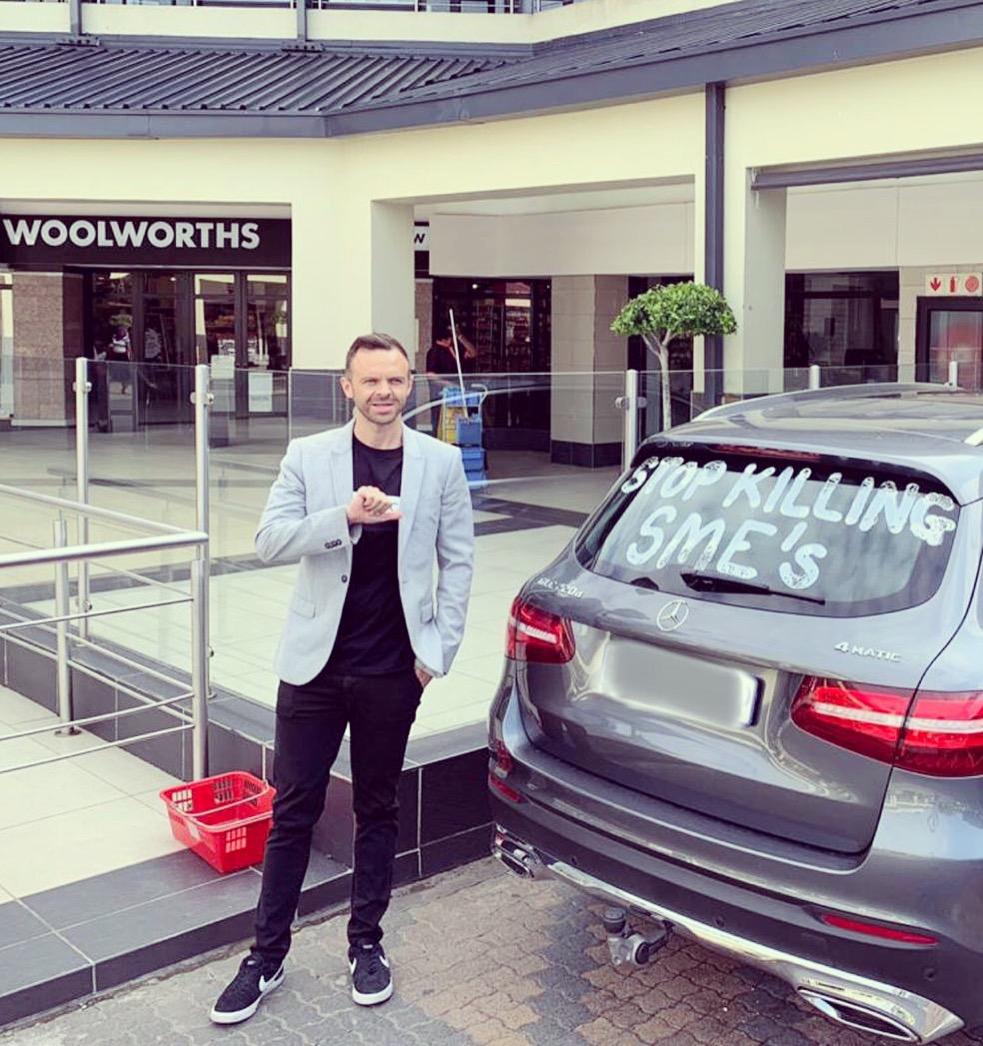 In the midst of the social and traditional media furore around the accusations and apologies, a car was spotted outside Woolworths with the words, “Stop Killing SMEs” painted on the rear windscreen. The car belonged to none other than entrepreneur and Shark Tank celebrity Marnus Broodryk, who is passionate about the upliftment of small businesses.

“Small businesses around the world are the biggest contributor to economic growth and employment. With South Africa growing at less than two percent per annum and with unemployment sitting 27.5 percent, we need it even more than our global economy and we need to do whatever is possible to encourage entrepreneurship and support small businesses.”

He believes that the Woolworths apology was “a step in the right direction”.

“Being a big corporate giant with lots of resources, they could have easily dragged this out for months and challenged Ubuntu Baba through an expensive legal process.”

However, he says that the apology alone was not enough.

“I would like to see how this plays out: how they deal with this matter and compensate Ubuntu Baba for the damage done and more importantly, how they behave moving forward. It isn’t the first time. Will it be the last?”

He took the opportunity to extend an appeal to all people working in business to do the right thing:

“These decisions are not being made by brands, they are being made by people working for those brands. As people, we all know what is right and what is wrong when it comes to ethical business practises. We don't need to make it complicated, we just need to do what we know is right.”