Nedbank CIB is putting its money where its mouth is. The corporate and investment bank states that it is “fully committed to green funding, responsible lending and supporting sustainability initiatives”. Two investment opportunities that it offers tick all of these boxes.

Green bonds significantly oversubscribed
The first such investment opportunity is the green bond, which Nedbank CIB issued on the JSE in April this year. Investors bid R5.5 billion for these bonds, an oversubscription of R3.8 billion on the R1.7 billion that was placed on the exchange. The proceeds of these bonds are being directed towards financing the construction of renewable energy projects by our clients.

“A green bond differentiates itself from a normal bond due to the proceeds of the instrument being directed towards activities that have a positive impact on the environment,” says Arvana Singh, principal of Debt Origination at Nedbank CIB. 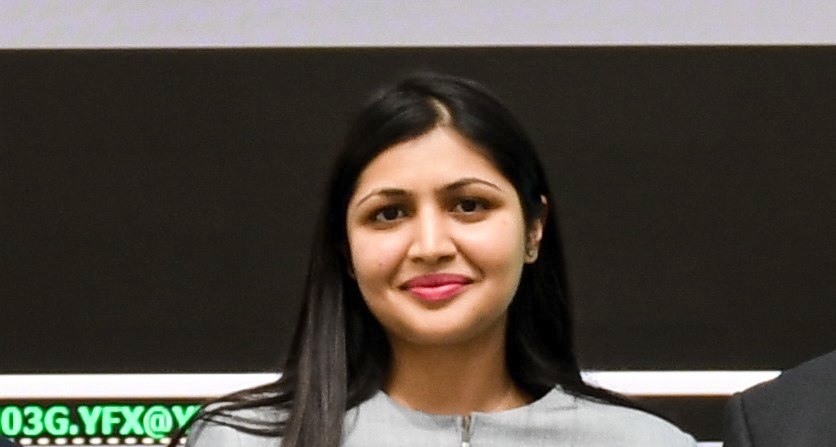 Regarding the overwhelming response to this bond, she says, “Supply and demand can result in pricing tension for the issuer due to the appeal of the instrument to both traditional and impact-based investor mandates. Nedbank’s bonds were priced  within its price guidance levels, particularly for the five- and seven-year bonds which priced towards the tighter end of guidance. In addition, Nedbank was able to further diversify its orderbook through unlocking new pools of liquidity.”

Three different notes were issued across three-, five- and seven-year terms, with the intention of raising R1 billion with the option to upsize the issuance. The underlying use of funds was to on lend debt financing towards the construction of four projects which Nedbank CIB identified – three solar, and one wind – with Nedbank’s gross value of commitment to those projects approximately R4 billion. “We may come to market with another green bond issue utilising those assets, which might take the value closer to R4 billion,” says Arvana.

She adds that she believes that the future of funding should be more purpose driven and environmentally and socially conscious to retain current lenders and to grow the lending base. “We certainly believe that ESG [environmental, social and governance] factors are top of mind for investors right now and anticipate that ESG factors would become more relevant in the formulation of funding strategies.”

While environmentally conscious investors certainly made up a large part of the attention that these bonds received, there was an additional element of attraction in their infrastructure support. “We found additional investors participating in our auction who would not normally participate, due to the infrastructure angle contained in the projects. Infrastructure mandates in South Africa are currently largely invested in government bonds due to a lack of available bond investment opportunities with an infrastructure play. The green ‘use of proceeds’ bonds were therefore eligible for placement in some of these mandates over and above the traditional bond funds.”

The deal and credentials of the projects were verified and certified by the Carbon Trust and the Climate Bonds Initiative (CBI) respectively, who assessed the transaction and assets to ensure the credibility of the green status of the bond. The CBI is regarded as the benchmark standard for certifying green bonds. Other verification or certification agencies deemed acceptable by the JSE’s green segment can also be used.

Pioneering and leading in embedded generation
Nedbank also has a sector-focused team dedicated solely to funding energy projects and associated power infrastructure. It has a mandate for the whole continent with a primary focus on renewables and gas.

“Following on the from the successful Government led Renewable Energy Independent Power Producers Programme (REIPPP) there has been a shift in focus towards developing projects in the private sector with where electricity is sold to clients in the corporate and industrial sectors,” says Duncan Abel, the principal of Energy Finance at Nedbank CIB.

“Over of the past few years, we’ve developed limited recourse, portfolio funding structures for projects in the corporate, industrial and mining industries. The physical project remains the property of the developer and the client purchases the electricity with no requirement for upfront capital investment. The electricity generated by these projects costs less than utility-generated power, and with CPI linked escalations gives clients more certainty around future electricity costs.”

Because the infrastructure is owned by the developer, the service and upkeep of the solar panels remain their responsibility and they are incentivised to ensure optimal performance – it the project doesn’t generate electricity they don’t get paid.

While the efficiency and cost-effectiveness of these kinds of installations for corporate and industrial clients make the business case almost a no-brainer, there are some regulatory challenges that complicate matters a little.

Duncan explains that under the draft Integrated Resource Plan, which lays out the energy supply mix for South Africa through to 2030, provision has been made for embedded generation below 1MW, between 1 and 10MW and above 10MW. Projects under 1MW need approval for grid connection from the utility, either Eskom or the municipality, and registration with the National Energy Regulator of South Africa (NERSA). Projects above 1MW have a more arduous licensing requirement.

“The processes around registration and licensing are unfortunately not fully developed and the experience and time taken for projects to get the necessary approvals differs from utility to utility,” says Duncan.

While the complexities exist, the business case for investment into solar PV continues to grow, as equipment costs continue to decrease and electricity costs and uncertainty of supply continue to increase.

These two areas of sustainable investment indicate how Nedbank is forging ahead with mixing environmental awareness with competitive investment opportunities – a model for the future of all financial products.

Businesses can use asset-based finance to weather approaching storms

Nedbank urges businesses to use asset-based finance to survive a second wave of Covid-19.

Smart financing for imports and exports

In this webinar, Craig will explain how CFOs can diversify their income stream through trade.

CFOs should ask themselves what's more important, the liquidity or the margin?

Mike Brandon and Lloyd Caughey explain how CFOs can mitigate the risk of disrupted supply chains.

Anél has served within the group for more than 18 years, including as CFO of Nedbank Capital.

18 hottest FinTech speakers in SA on stage during Finance Indaba

Banks, innovators, experts, techies, consultants and accountants among the experts who will show you where your future revenue will come from.

After the incredible success of this year’s African FinTech Awards, the annual pitching and prize-giving extravaganza is expected to outdo itself yet again in 2018. Judges for the awards event gathered for a scrumptious breakfast on 7 November to discuss some of the event’s most exciting additions, tweaks and extras.