Oracle MD Niral Patel announced on LinkedIn today that Oracle will be building a Cloud Data Centre in South Africa.

“Breaking news from Oracle OpenWorld! We are investing in a Cloud Data Centre in South Africa during 2020. Our investment into the growth of our customers, partners and South Africa remains strong!” 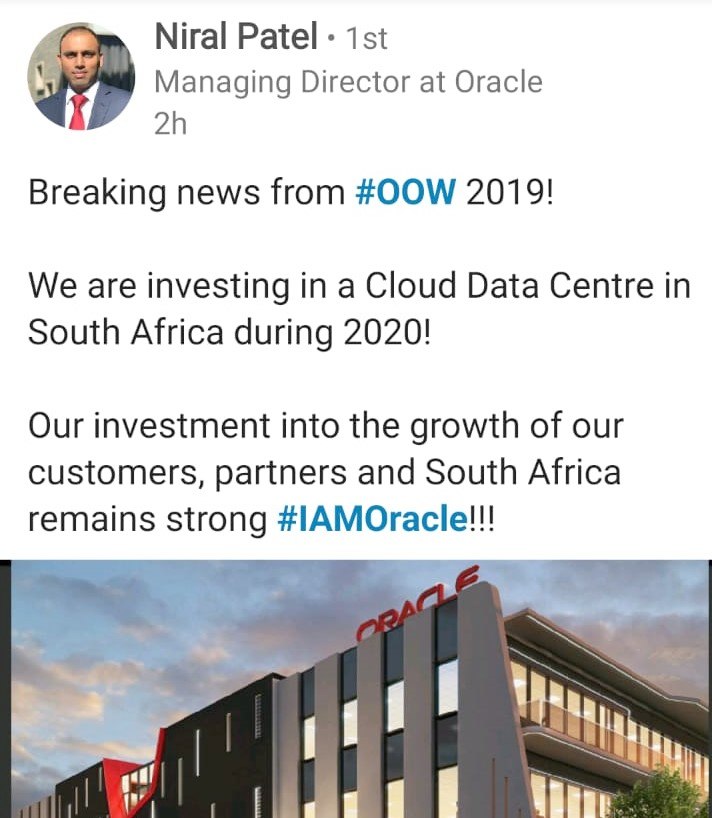 This follows after the US-based enterprise software giant listed South Africa as one of the countries where it plans to invest in Cloud Data Centre facilities before the end of next year at its annual Oracle OpenWorld event in San Francisco on Monday, 16 September.

The company said that it plans to launch 20 new Oracle Cloud regions by the end of 2020, bringing their total of infrastructure regions worldwide to 36. The company has already opened 12 regions in the past year and currently operates 16 regions globally – 11 commercial and five government.