A presentation by South African Auditor-General, Thembekile Makwetu was one of the hottest tickets at the inaugural Finance Indaba Africa – which opened at the Sandton Convention Centre in Johannesburg on 13 October 2016. The Auditor-General’s speech kicked off the 'Finance for Africa' track programme at the Indaba.

Kimi – as he is commonly known – is a respected figure in the South African financial landscape, having presided over the Office of the Auditor-General South Africa (AGSA) since late 2013. He addressed a packed room of attendants keen to get to grips with the ethics and mechanics are financing development and business on the continent.

In his address, Kimi painted a clear image of both the challenges and the importance of the mandate his office is tasked with, auditing and reporting on the financial management of South African public service institutions, including municipalities and departments. But, “we don’t just do audit reports because we must,” he added. Rather, he argued, the output of his office is not just the 1000+ audit reports they complete each year, but in what they aspire to do: enabling oversight and accountability, supporting and helping to create a mature and ultimately service-oriented public sector. This is, he said “important not just for the public sector”, but for all South Africans, consumers and corporates alike.

As part of the independent “chapter nine” institutions, the AGSA takes their role very seriously. The South African government as a collective has an estimated R1.6 trillion to spend, across all spheres, Kimi explained, adding “no doubt” issues will arise that need managing. Given this, it is critical to the provision of services and rights that they are efficiently and transparently managed. 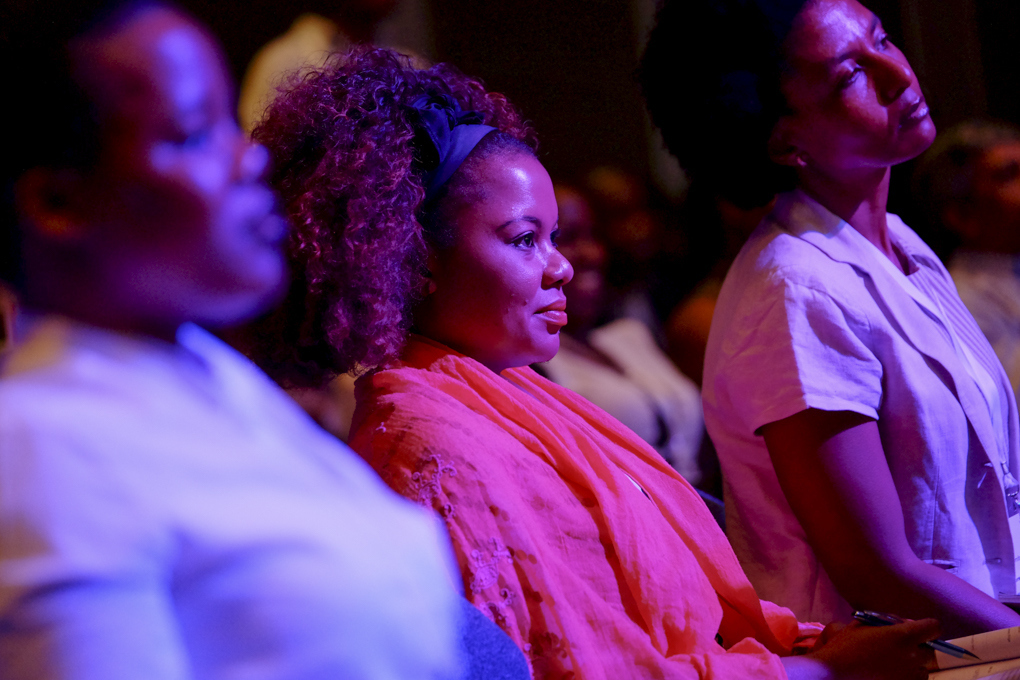 Kimi went on to link the work at AGSA directly to the United Nations Sustainable Development Goals, and how they also required an interdependence and collaboration between private and public. Against these goals, we must ask, he said, “have we been able to achieve more or a combination of these goals?” The presentation also reminded a captive audience that the work of accounting officers goes beyond merely accounting. Instead, they are required to be accountable for the performance of aspects of the public service. It was imperative, he said, that there is an appreciation of this role, and for the office of the AGSA – in recognising the responsibility they had for restoring integrity and public confidence in the systems of public service.

Finally, he went on to explain his “recipe” for corruption – as a means to circumventing all instances thereof. “C=M+D+A”, he explained, means that corruption happens when a monopoly of supply (for jobs, tenders, opportunities), converged with increased discretion and reduced accountability. In understanding this, and working to promote accountability, and transparency, he expressed hope that the opportunities for corruption would shrink. It was a message the Indaba attendants were anticipating, and extremely receptive to. After all, he said, “this is the fuel that enables our world to flourish”.

Further presentations in the Finance in Africa stream focused on real and meaningful transformation in our corporate and social spheres – presented by Servest – as well as a panel discussion exploring sentiment and risk mitigation in African investing opportunities – facilitated by Standard Bank.