Successful venture capitalist, celebrated businessman and popular international speaker, Vusi Thembekwayo’s impressive CV would make any professional proud. It’s hard to believe that Vusi, who grew up in Wattville township near Benoni, is only 31 years old.

At the Finance Indaba Africa on 13 and 14 October 2016 at the Sandton Convention Centre, Vusi will be one of the main draw cards. His speeches on 'significance vs success' and believing in yourself and operating on the edge of chaos are elementary lessons in leadership no finance professional can afford to miss. In anticipation of the event, CFO South Africa caught up with Vusi to learn more about what moves this self-styled 'black sheep'.

"CFOs hardly take risks and love the beaten track,” says Vusi with a provocative grin. He may be a performer with a brilliant sense of humour, but he is not a clown and knows exactly what he's talking about. He says most CFOs are 'white sheep' who focus on a product, predictability and success, while 'black sheep' value experiences, significance and operating on the edge of chaos. “That's what separates the best from the rest.”

Of course, the “black sheep” is a clever phrase, especially for a talented black entrepreneur who stormed the white establishment with such bravado. These days, Vusi’s businesses (consultancy and investment company Motiv8 Watermark Africa Fund) have an annual turnover of over R140 million, but it has not been presented to him on a silver platter. The man who now enjoys sharp suits, expensive watches and has a penchant for colourful socks, started as an almost destitute daredevil with a head full of dreams that no one believed in – except him. 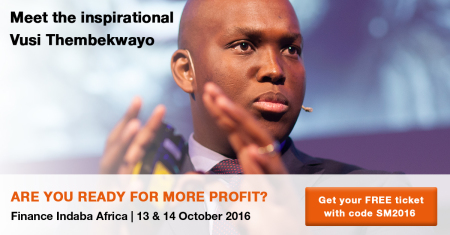 In Vusi’s world, dreams are not idle hopes but future certainties. “People are a manifestation of their beliefs. Success has very little to do with skills,” he says. “If you believe you’re mediocre, you will live like you are. If you believe you are the strongest, that is what you are.” That seems to be the case when it comes to the extremely well-spoken – and funny – Vusi, who always draws a crowd when speaking. His presence at the Finance Indaba Africa on 13 and 14 October 2016 at the Sandton Convention Centre is already creating a buzz – which is just the way he likes it.

Just for the record: although Vusi is a motivational speaker, he does not rely on airy-fairy psychobabble. Ask him how a company can grow fast and before you can say ‘just do it’ he starts chatting EBITDA, cash flow reporting and investing time in building technical skills. “Speakers can no longer be entertainers and provocateurs, but must also have the scars from the trenches of business,” he says. “I have served on various boards; I have suffered from massive P&L pressure, and I know what it is to report to shareholders.”

As a child, Vusi received a scholarship which allowed him to attend a good school in Benoni, which meant he was spared the poor education in the nearby township of Wattville, where he grew up. On his 17th birthday, Vusi was already known as one of the best young speakers in Africa and he came third in the English Speaking Union International Competition with candidates from around the world.

“I thought we would be able to work as a speaker, and we started a company that specialised in forensic marketing,” says Vusi. He was 21 years old and using the word “we” was a bit over the top at the time, he concedes, even though the habit is still firmly ingrained. It was deliberate, he says.

“You have to use the royal 'we' as an entrepreneur. You are often lonely and insecure, and you move on the fringes of society, where most people behave like cattle, and you don’t. In that context, it sounds arrogant if you always start with me, myself and I.”

“I got zero love,” say Vusi of those early days. “I had one suit that my mother bought for me at Woolworths. It was a grey suit with a light blue shirt and brown shoes. I can still see it in front of me.” One day the same mother, a receptionist, phoned Vusi and told him not to come home, as someone from the bank – “a big boere guy” – had come to repossess his red Toyota RunX with its glitzy wheels and six gears. “I could not afford the monthly rent, let alone the car repayments. My mother had packed an overnight bag for me, which she handed me in a nearby street. I drove to my office in Pretoria – on the reserve tank – and went to sleep there. That was the first night of seven months sleeping in my office.” 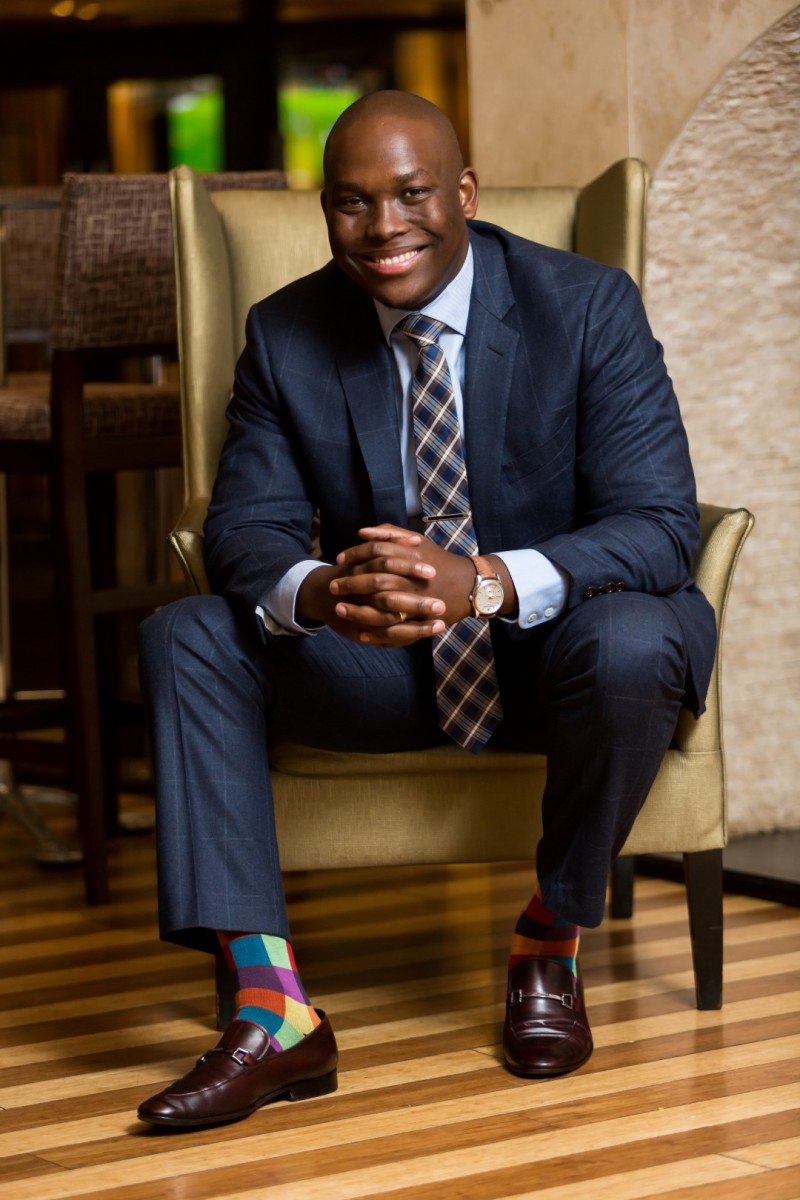 Slowly Vusi got some work in, until the CEO of wholesaler Metro Cash & Carry heard him speak. “I'm still a little disappointed that I swapped my life as an entrepreneur for an office job. There is one percent regret maybe,” says Vusi, adding in the same breath that he does advise aspiring entrepreneurs to work in a large company for a few years. “You'll learn what not to do. And you learn to exercise influence in an environment where you have no authority.”

Initially, Vusi was not a huge hit at Metcash, but when a relative was admitted to the Chris Hani Baragwanath Hospital in Soweto and the hospital food was terrible, he saw an opportunity. “I got a small budget from Metcash to attract large, new institutional clients like hospitals and prisons, and in a few years I grew our new business department from a negligible R16 million to R463 million.” Success, especially from a 25-year-old Zulu man in an environment of older, white wholesaler types, quickly lead to jealousy. “The operations department stole my clients and the head of IT blocked an ERP-implementation, which would have exposed what was happening in the business.”

By that time Vusi had become a fighter, though, and he didn’t back off. “There is a reason that philosophers, monks and people like Gandhi live such a simple life; it brings you closer to your goal. When I slept in my office and received no orders, I discovered myself, and I knew there were great things for me in store. Resilience is not a trait but learned behaviour. If you’re in the boxing ring and Mike Tyson is coming at you, you learn to fight back at some point.”

Vusi went for the confrontation and won, but when founder and CEO Carlos Santos fell out with the board and left, Vusi’s popularity waned, despite or perhaps because of his commercial success. “With Carlos, the soul of the company disappeared. The new director and I didn’t sing from the same hymn sheet. He comes from a past in which my mother was a cashier at one of his stores and a black man in his twenties like me was raking leaves in his garden. The first thing he told me was that I had had a lucky couple of years, but that he would now put an end to it.”

Vusi’s best friend at school was white and last year he tweeted that he is done with black South Africans blaming whites and apartheid for their problems, but he admits – grudgingly – that race did play a role at Metcash. “During my exit interview, the CEO told me 'young man, one day in your life you will regret this decision’. I said, ‘Listen, you taught me more than you will ever know. But this is not the type of curriculum I am interested in’.”

On the advice of the former CEO, Vusi bought the ‘new business’ department of Metro, but it was not easy to remain successful without being able to leverage off the balance sheet of the wholesaler. “They made me take the staff of 16 people. I spent 2.5 years living like a pauper in abject poverty.” The garage of Vusi's house became the warehouse from where the food parcels went to the customers, mostly social welfare and prisons. “I learnt a lot about work ethic and started at 5am every day, before my colleagues reported for duty at our house in Midrand. My wife hated it.” 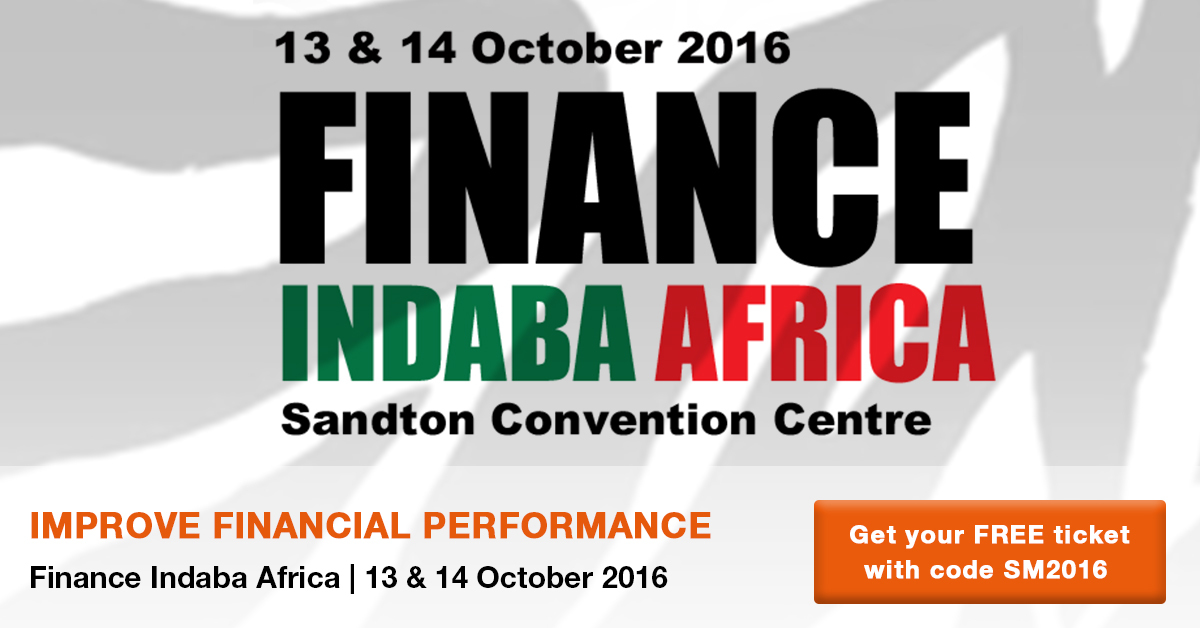 Slowly the success story of Vusi at Metro became known, and he started receiving more invitations to speak – and once you hear Vusi speak, you want to hear him again. When Vusi's company won a new tender to provide the food for another prison, he received a call from a much larger competitor that wanted to buy the contract. Vusi did a quick valuation course, attacked the negotiations with bravado and sold his entire firm for a healthy sum – with a multiple of nine on the earnings. “I always say good business is good business. If you do good in the community, you will make money.”

These days the man from Wattville traverses the globe delivering his popular keynote speeches. After a few years as a partner in a private equity firm, he now invests in promising, smaller companies in South Africa – including a web florist. For the general public, his breakthrough came when he acted as one of the panellists in the television programme Dragons’ Den, where entrepreneurs pitch their business ideas to secure finance from a panel of venture capitalists.

Vusi is now doing an executive MBA at Hult International Business School in London “with 47 nationalities in the classroom” and regularly acts as moderator or speaker at CFO South Africa’s events. “Our next step is to build a private investment fund,” says Vusi, who can tap into the wisdom of his ever-growing network of global contacts thanks to his speaking assignments. His investment tips double as a tip for all CFOs who are willing to listen: “It is not about being big, but about being the best.”