Team Athena from the Copperbelt University in Zambia were crowned the winners of the first edition of the CharterQuest CFO Case Study Competition at the rock-star conclusion of the Finance Indaba Africa at the Sandton Convention Centre in Johannesburg on 14 October 2016.

Taking the name of the Greek goddess of knowledge, the elated Zambians beat Allez Consulting from Monash University, Australia and Snipers from University of Ghana to the coveted inaugural title, earning themselves the CharterQuest Future CFOs & Business Leaders' Award and R100,000 in prizemoney in the process. Inspired by the Mahatma Gandhi quote, "Be the change you want to see in the world", Team Athena aim to see "Zambia and Africa rise up in the world and unlock its untapped potential to become self-sufficient". 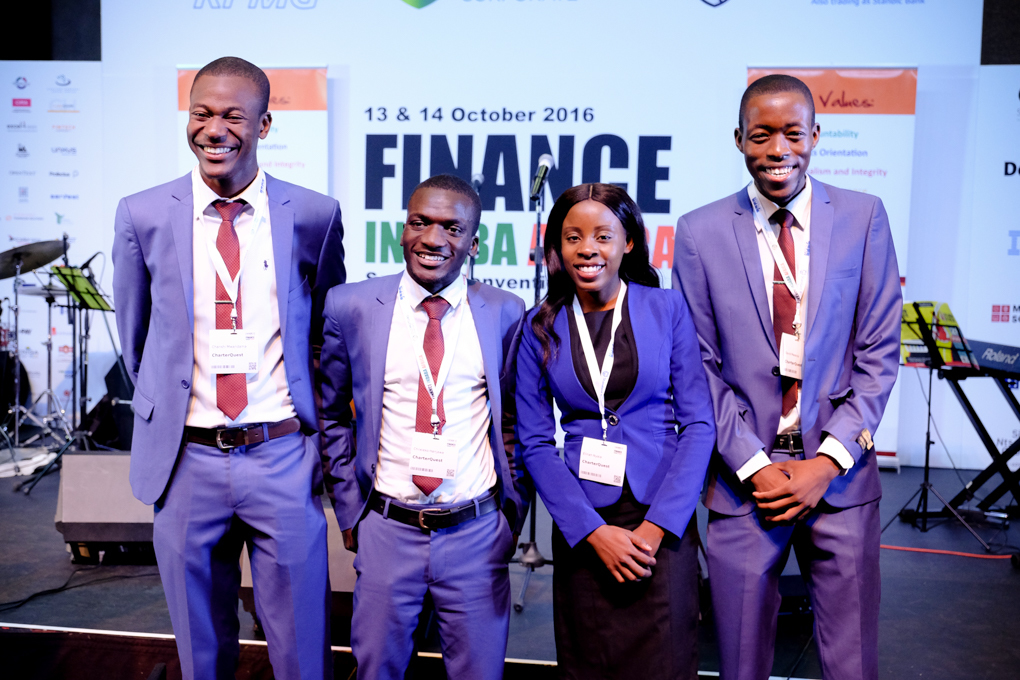 A truly global competition, the competition received 1,278 aspirant entries, comprised of 319 competing teams representing 53 universities from 25 different countries across the world. Many of the institutions adopted the challenge as part of their curriculum.

The two-stage evaluation process saw the 319 contesting teams narrowed down to 12 based on case study analysis and recommendations and these were further cut to half a dozen based on their video presentations. Teams had to solve a set of real-life financial, managerial and strategic problems at a hypothetical African firm and had to display leadership, teamwork, creativity, presentation skills, business acumen as well as a holistic and strategic approach to enterprise management. To be named the overall winner, the three finalists had to engage with the second part of the MCOM Telecommunications Case Study, finding solutions to real-world problems within the three-hour time limit, while locked away in a room. 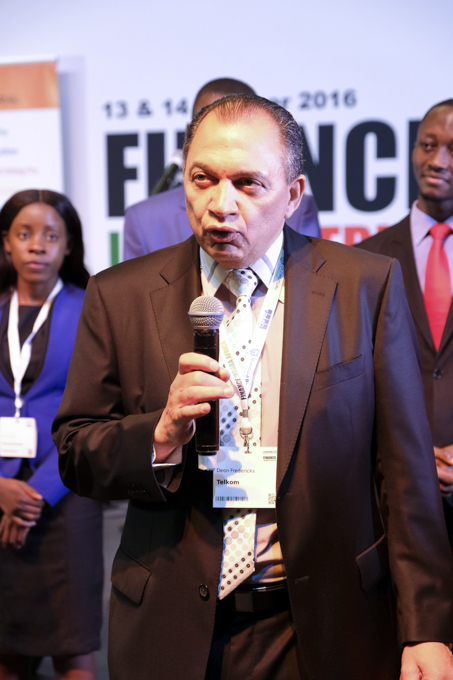 "It was a great honour. One of the biggest challenges in SA today is skills development. Accountants can't merely add one and one, but have to step out of the numbers game and look for strategic and holistic solutions using business acumen. The teams had so much information to analyse, most CFOs would have struggled with it! It was very challenging to select a winner." 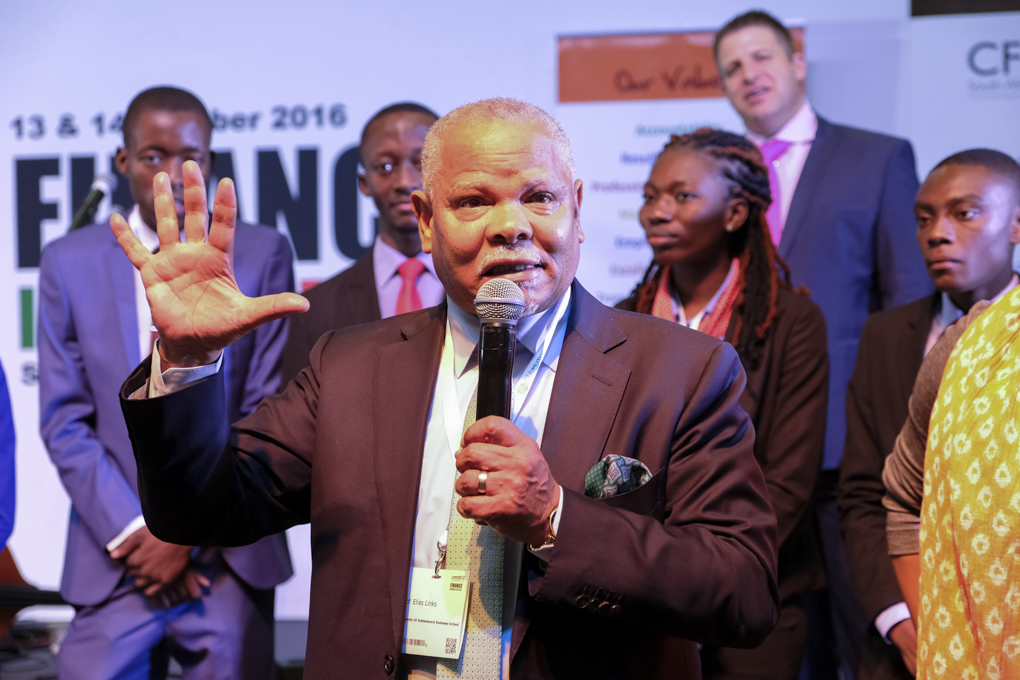 Prof Elias Links from Stellenbosch University's Business School served as the competition's patron. "It has been an excellent experience - the leadership has been second to none. It is not just about accounting or HR, but completely integrated case studies taking into account everything a leader of a corporate. The young people involved in this competition have received exposure beyond imagination. I would hire any one of them to be in my business," he said.

Elias urged CharterQuest CEO Valentine Nti to make the competition an annual event with a different patron every year. 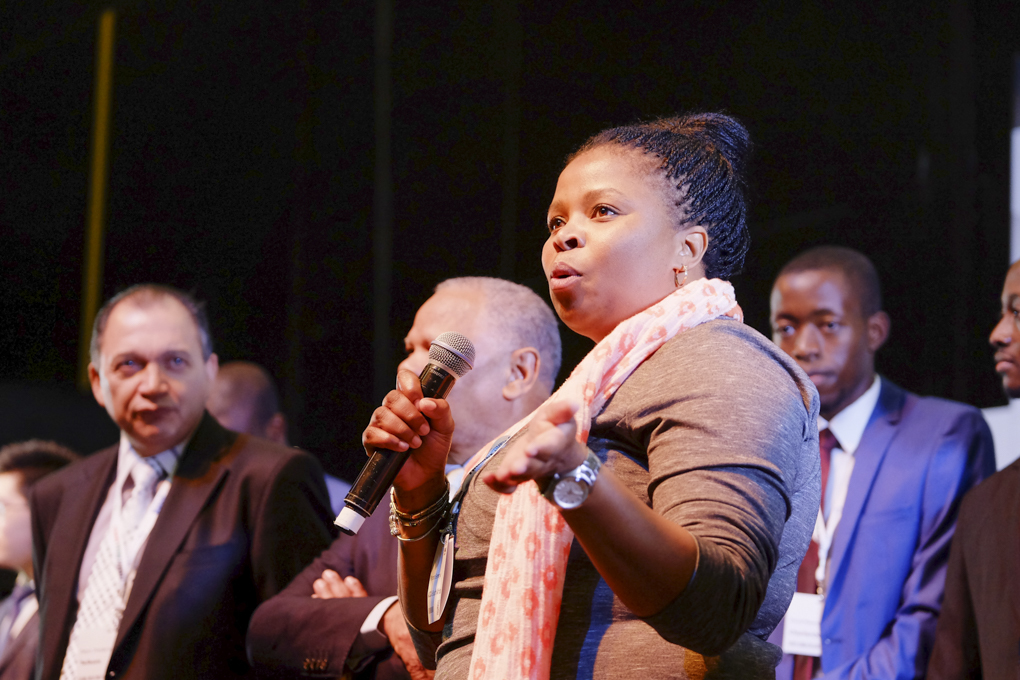 Zambian High Commission First Secretary for Education Emmerentiana Bweupe was full of praise for the competition:

"The Case Study Competition is something that Africa has been waiting for, it is high time our students got in touch with the rest of the world and stepped outside the classroom to find themselves in the global business environment, this competition enables them to do that and I fully support it."