Megan Pydigadu has been the group finance director of EOH since January 2019.

She started her career at Deloitte South Africa, where she did her articles for three years before becoming an audit manager. In January 2002 she joined De Beers as a senior divisional financial manager and in September 2005 she became the group financial controller for Bateman Engineering. She joined MiX Telematics as CFO in August 2010. In February 2017 she became the CFO of Eazi Access Rental before joining EOH as the group finance director. 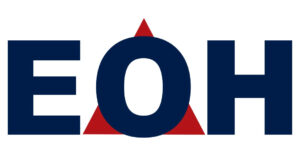 About company: EOH group is a South African company specialising in the provision of technology services to businesses and government.

These CFOs were given the daunting task of turning organisations around and won.

EOH's Megan Pydigadu reveals that you can earn anyone's respect by being your authentic self.

CFO Megan Pydigadu: EOH delivered a milestone R540 million in debt in May

This forms part of the company's strategy to right-size its balance sheet by reducing its debt levels.

CFO Megan Pydigadu says EOH has the right processes in place to manage the Covid-19 crisis.

Megan stayed the course despite the challenges EOH faces, believing she can make a difference.