Alan Winde - Ministry of Finance, Economic Development & Tourism: "There is definitely room for more co-operation between government and companies"

Alan Winde has been a member of the Western Cape Provincial Legislature since 1999. During his first term, he served as Western Cape Provincial Finance Chairman and Executive Committee Member with the Democratic Party. Prior to being re-elected in April 2009, he served as the Chief Whip of the Official Opposition in the Western Cape, as DA Spokesperson on Environment and Planning and as Deputy DA Spokesperson on Economic Development and Tourism.

Prior to his first election to the legislature, he served as a councillor in the Outeniqua Rural Council and the South Cape District Council. Alan Winde also has experience as an entrepreneur, having started up a number of small businesses, as a director of a tour company, and as a business broker with Aldes Business Brokers, a South African Top 100 Company.

Alan Winde became Minister of Finance, Economic Development and Tourism in May 2009, shortly after the DA won the Western Cape Province. Minister Winde gained his political prowess by working from the bottom up - first as a councillor, then as a member of the Provincial Legislature, and finally, as Minister of the Provincial Government. In his two years in office, Minister Winde has initiated exciting new projects to increase the attractiveness of the Western Cape as an investment destination, and stimulate job-creating growth. In the coming years, the Minister would like to see the Western Cape become a centre of business excellence, where an efficient and corruption-free administration works together with an educated and healthy civil society to ensure better lives for all. 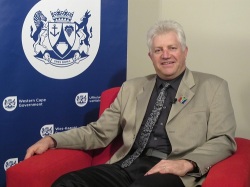 What do you enjoy most about your job and why?
I enjoy engaging with people from all walks of life about the economy, jobs and growth.

What must you absolutely do every single day to feel fulfilled in your work?
What wakes me up in the morning is 23% - the number of unemployed people in the Western Cape. On a daily basis I interact with government officials, business, and ordinary citizens about creating job creation opportunities in the Western Cape. It is these conversations and the implementation that follows them that keeps me fulfilled.

How do you perceive the role of the CFO has changed in the last five to ten years?
In the last number of years, CFOs have had to become more hands-on and take on more responsibility for the financial health of the company they are responsible for. In the past CFOs were hidden were back-office -number-crunchers, and the CEO was the face of the company. As a result of the global economic meltdown and the spotlight it placed on the office of the financial officer, the role has changed dramatically.

CFOs are now more visibly responsibly for the financial health of the company they manage and therefore have more influence than they did before. I’d even say the role of the CEO and CFO has been somewhat equal.

How do you see the role of the CFO evolving in the next say five to ten years?
The global economy is forecast to recover from the global economic meltdown in the next five to ten years. I think the more hands-on role of the CFO will expand even further. CFOs will not only have to ensure that the company stays financially healthy, but they will also be directly responsible for coming up with innovative solutions to grow the company they are responsible for.

As a governmental institution, how do you perceive the status of cooperation with South African companies? Is it sufficient, or could both parties benefit more? If so, how?
There is definitely room for more co-operation. Eunomix, a Mining risk Management Company warned last week that South Africa will pay a heavy price if it spurns the opportunity to leverage off its well-established private sector. While enormous amounts of money are being devoted to private-sector development in other African countries, in South Africa, the ruling party continues to mistrust the private sector. In the DA-led Western Cape, we believe that it government’s role in growing the economy should be limited to creating an enabling environment for the private sector to drive economic and jobs growth.

As part of creating an enabling environment and making it easier to do business in our Province, we are cutting red tape. Our Red Tape to Red Carpet Campaign launched last year, has thus far, had a 90% resolution rate. We are also building partnerships in economic development – the Western Cape Economic Development Partnership (EDP) has been established to lead, co-ordinate and drive economic development in the Province through building partnerships between business, the public and government. The EDP is not a government institution, but a non-profit, membership-based institution. Together with a broad range of stakeholders, the EDP has devised an economic vision and action plan for our province up to 2040 that is focused on making our society more skilled, more connected, more innovative and more resource efficient. The One Cape 2040 vision is aligned to Minister Trevor Manuel’s National Development Plan as well as the plans and visions of the City of Cape Town.

At present, the top source markets for foreign direct investment into the Western Cape are:

What do you see as the greatest challenge for South African companies in the global economic situation?
The greatest challenge is innovation. Companies must seek young, creative minds to come up with innovative solutions. Without innovation and staying ahead of the curve, many businesses will not be able to ride the wave of economic uncertainty. 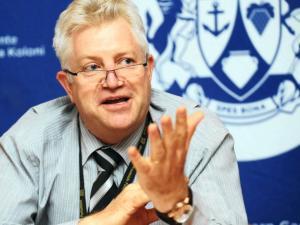 What have you changed – if any – at the Ministry since you took office? Why did you change that particular aspect, and what did you decide to do instead or differently?
The Ministry I am responsible for, Finance, Economic Development and Tourism, has had a number of successes in the last couple of years, the ones I am most proud of are the ones that have created employment opportunities. The Western Cape differs from the rest of the country in that it has relatively few discouraged work seekers - just 1.3 per cent (compared to over 11% nationally). This means that there is a high degree of hope amongst people in our province that they are able to find a job and we work hard on a daily basis to meet this expectation. Concerning, the youth of our country bear the brunt of unemployment and we have been making special effort to address joblessness in this demographic. With a relatively small budget of R10 million, the Western Cape Youth Wage Subsidy, the Work and Skills Programme has given over 3000 young people the opportunity to gain work experience Recently, after a rigorous application process, the DBSA Jobs Fund, has allocated R65 million over three years to the Work and Skills Programme and other youth employment initiatives. The number of young people that will be given the opportunity to set a foot in the door will undoubtedly increase as a result.

What is the best advice anyone ever gave you in life?
Carpe Diem!