The gateway to the digital economy is a fast, reliable online payment solution. The Covid-19 crisis has brought the global economy to a standstill, and retail giants and small businesses had to make the jump from foot traffic and point-of-sales payments, to e-commerce if they wanted to survive the pandemic. An efficient payment partner makes all the difference.

At the same time, a study by Deloitte reveals that 80 percent of the population is banked, but the system is still constrained with many people still expecting the informal sector to transact in cash. However, this is not necessarily the best approach.

“Cash is not safe in South Africa, especially in the communities with a lower LSM,” says Thomas Pays, co-founder and CEO of Ozow. This sentiment is shared by retail giant Spar. “Cash is a huge risk. Shoprite had 400 armed robberies and Spar 150 during 2018. Retailers need additional security and have become the front line of the banks,” says Rick Wheeler, group retail systems manager at Spar Group.

Another Mastercard study titled ‘Insights into the Informal Economy Report’ found that even though more than 51 percent of the country’s informal enterprises had encountered strong customer interest in card payments, around 90 percent of them remain cash-only businesses. It’s clear that the payment landscape is not evolving in line with customer demands.

Thomas refers to the European Union’s revised Payment Services Directive (PSD2) which aims to further open up access to Europe's payment services for the benefit of consumers and businesses. “The EU believes that the next leapfrog will be bank-to-bank payments and this will overtake the card share by over 50 percent. It’s the next step in the evolution of payment, from cash, to cheque to card,” he says.

The bank-to-bank payments software will take you to a payment page that facilitates an immediate debit card payment, eliminating the payment confirmation period you usually get when doing a manual EFT payment.

“But Ozow is not here to cannibalise card payments, and this is key because banks are all about protecting their revenue and making it secure for the consumer, but when you look at the fact that there is R381 billion of credit card payment made, but there’s R9.7 trillion of EFT, you realise there is no competition between one and the other,” Thomas says.

Ozow, only six years old, is already on an impressive upward trajectory, as it approaches 100,000 new customers monthly. Their aim is to empower the existing digital ecosystem already in place thanks to the ongoing technology revolution, and help South Africa transition into a cashless society. The company has been in regular consultation with the banking sector, including the South African Reserve Bank, to map out the future of a cashless society by 2025.

The transition to bank-to-bank services needs support, and Ozow prides itself on helping businesses enter the digital economy seamlessly. In fact the company absorbs processing costs for the first 12 months, as a way to create breathing space for small businesses, NGOs and NPOs. Now it’s taking its business to the townships. The team is hoping to bring some of the spaza shops and family-run businesses online and into the digital economy by December.

Ozow’s biggest challenges and major milestones came during the Covid-19 crisis. The company has managed to help retailers like Truworths and Foshini - who lost out on walk-ins – enable their clientele to transact online. “Being able to set up these major retailers with a fast, easy, secure payment system and stay in business has been rewarding for us as a business,” said Thomas.

But before Covid-19, the company had already made bank-to-bank payments solutions possible for major leading brands like Takealot, NetFlorist, Zando, DSTV, Travelstart, Vodacom, Hollywood Bets and Dischem to name a few.

Ozow has also caught the attention of angel investing company Kalon Venture Partners, who’ve already invested a hefty R10 million in the business since inception. “We were blessed to have the financial backing of Kalon after the first year of business especially in a business that is growing as fast as ours, capital availability helps us grow,” says Thomas. 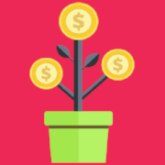 Get smart and save up to 45% with Finance Indaba sensation, Kalon Venture Partners, a Section 12 J Venture Capital Company.