Cape Town CFO Round Table: Making IT a Priority

Many South African CFOs and Finance Directors struggle to manage their time properly. IT can lead to many headaches, but can also free up time for the things finance professionals really want to do: look to the future and strategize. That was the conclusion of the participants of the CFO South Africa round table on Tuesday 14 May at The Twelve Apostles Hotel in Cape Town.

Hosted by computer technology corporation Oracle and organized by the fast-growing networking platform CFO SA, the discussion – titled ‘Transforming a day in the life of a CFO’ – focussed on the challenge of stepping back from the day-to-day demands of the job and taking a more strategic role as a finance leader. Moderated by CFO SA director Melle Eijckelhoff, the CFOs discussed burning issues like cloud computing, prioritizing and changing existing practices.

“We get so bogged down by fulfilling all the legal and compliance requirements that it is hard to find time for risk management, strategic planning and looking for growth opportunities. We spend our time complying,” said Ronel van Dijk, CFO at Spur Group. Michael van Straten, Financial Director at Servest, said he tries to “push the day-to-day tasks down to his team ” to try and save time, but also had to admit that “the administration side of our work can distract too much from the things we should be doing.”

According to Graham Meyer, Financial Director at Tellumat, he always tries to find a way to be doing what actually matters. “We are bombarded from within the organisation, by social media and by all the emails from SAICA. I spend a lot of time trying to think about what is most important.” HPCA-CFO Callen Hodgskiss remarked that the comments were music to his ears. “It is good for me to hear these challenges are normal. I am struggling with how to sequence interventions. Staff? IT? Management structure? It is about knowing where to start, because too often I end up doing a bit of everything.”

According to Van Straten and Van Dijk, CFOs often end up spending time solving problems that are not financial. “We are the default people to ask if you don’t know who to ask. We have to make calls on strange things,” Van Straten said. “ People sometimes ask stupid questions. I throw the questions back at them, because they often just get lazy to thnk for themselves and come to us for answers instead,” responded Van Dijk. Not only lower ranking colleagues can add to the work load of the CFO, Liezl Myburgh, CFO at Sanlam Investement Services, has noticed. “If you have a very compliance oriented COO, then the CEO looks at the CFO for strategic direction. Everything with a rand sign in front of it often becomes the CFO’s problem.” 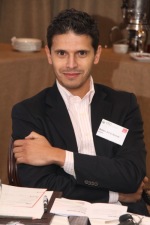 Rolam Ait Si Birouk, CFO at Ropetec, warned his colleagues not to only emphasize the downside of their jobs. " “Maybe if it wasn’t so challenging, I would not be in this role,” the Frenchman said. “To some extent our role is troubleshooting. We have the inherent knowledge of the company’s total business and we are there to clean up after people. A lot of time we bitch and moan and complain that all the small things keep us from worrying about strategy. But if 5 guys stand at your desk and say they are unhappy, it becomes a strategic issue. Everything in our job is important, the challenge is to prioritize.”

According to Myburgh there is an underinvestment in IT in many South African companies. “Many people default to Microsoft Excel as means for consolidating data sources from various, source applications and that is often not the most effective and secure process.” Although Pieter Bensch (Oracle) sees the role of CIOs becoming stronger, most Round Table participants proved to be intimately involved in IT implementation projects; “but it is often difficult demonstrate to the Board that the investment in technology will deliver the required return on capital,” Myburgh said.

Ian Blackie, CFO at Wesgro, also took part in the first CFO SA Round Table in November 2012 in Cape Town. “Since then we have automated our processes,” he said. “We had a lot of different systems that were not talking to each other.” Buy-in from all the staff has been crucial when modernizing the IT infrastructure, Blackie has noticed. “We are holding staff accountable for taking decisions and contributing to the implementation.”

“We have also automated a lot and are doing a lot of web-based work,” said Van Zyl Botha, Financial Director at Randgold & Exploration Company. He confirmed Blackie’s experience. “For us it was also important to get everyone involved in identifying the problem and then the solution. There are now fewer options, fewer questions to ask. Mundane, manual compliance work has decreased a lot. We did not get an off the shelf solution, but a developer made a customized solution for us.” 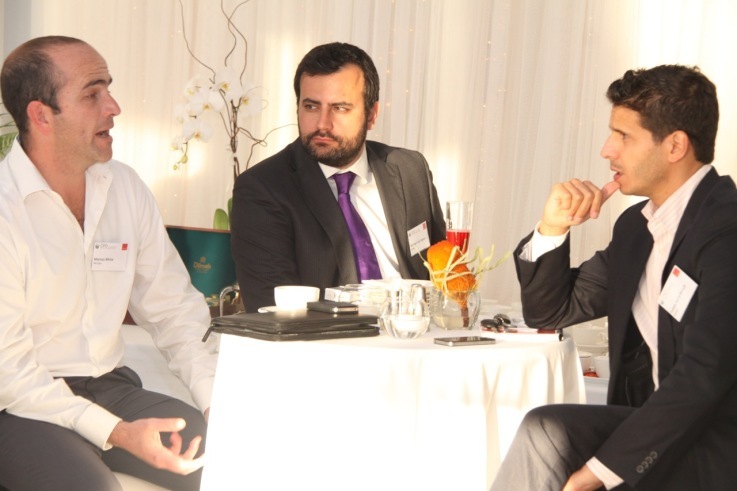 Van Dijk shared an anecdote about the changes in the Spur Group. “We are manufacturing our famous barbecue sauce and pink sauce in a factory, but everything was done by spread sheet. We use Sage for the rest of the company and one day I found out we actually already owned the manufacturing module of the software, we were just not using it.”

According to Van Dijk it can be hard to convince everybody of the need to implement changes, especially at well-established companies. “We have a guy we call ‘garage door’, who closes up every time something new is proposed. He already works for the company for 30 years. We could only implement our IT changes after we’d done a project that proved to him that it works. Now our IT is responsible for a lot of data intelligence and we are introducing tablet apps to streamline our processes in the restaurants.” Myburgh said ‘garage door’ behaviour often “creep in” if someone has been in one role for too long. “It is important to shift the deck chairs by rotating managers between roles or divisions or subsidiaries in the company.”

“Sometimes we need to sit back and look at what we don’t need to be doing anymore,” warned Meyer. “People in my staff did things ‘because you look at it’, but I don’t. The same goes for overinvesting in IT. Businesses can have complete dashboard solutions, where you can follow every second what is happening. That can be very distracting. Do you really need that? For a company like ours it leads to wasting time, almost like Facebook.” Myburgh agreed: “Every now and then we need to reinvent the way we do things.” 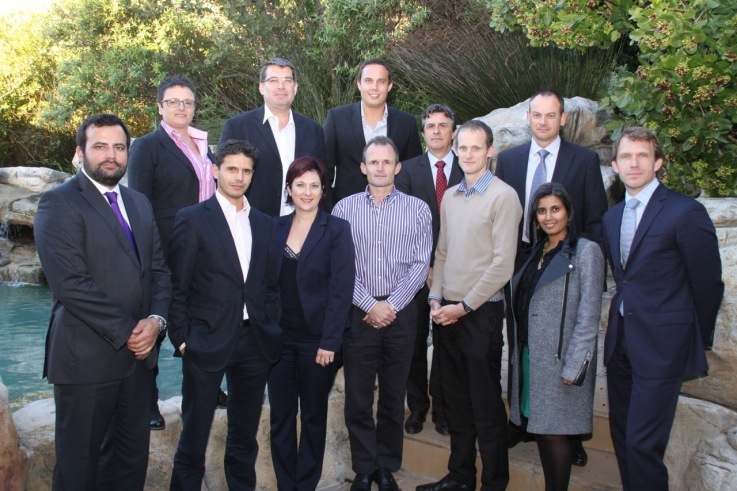 “You are all very lucky,” commented Bhavana Sewlall-Singh, the recently appointed CFO for the Department of Local Government for the Western Cape government. “I work within the government, which usesystems that are outdated. There is now a new pilot of the IFMS (Intergrated Financial Management System which will hopefully make us par with Private sector reporting systems,”she said.

But according to Van Dijk corporates can sometimes be equally slow to respond to a changing world. “It took a lot of time to convince people of IT investment. After we showed a bit of a result, the doors opened up. Being able to demonstrate its worth, made the CEO hungry for the change.”

Bensch explained that the implementation of a single system for all Oracle operations worldwide has cut a billion dollars of costs. “It takes one person, in this case our CFO, to start something like this. We have acquired 92 companies in the last few years, Sun Microsystems being a large one. Now it only takes months to roll our systems out. Yes, it saves you money, but there are intangible benefits too and it enables you to grow faster.” Still, CFOs are conservative, and both Van Dijk and Birouk said they are a bit careful of ‘cloud computing’. “It is the fear of the unknown,” said Van Dijk. “We still don’t know what could go wrong or what the plan is if a guy who is hosting your data closes up shop and moves to Cyprus on a permanent holiday,” Birouk added. 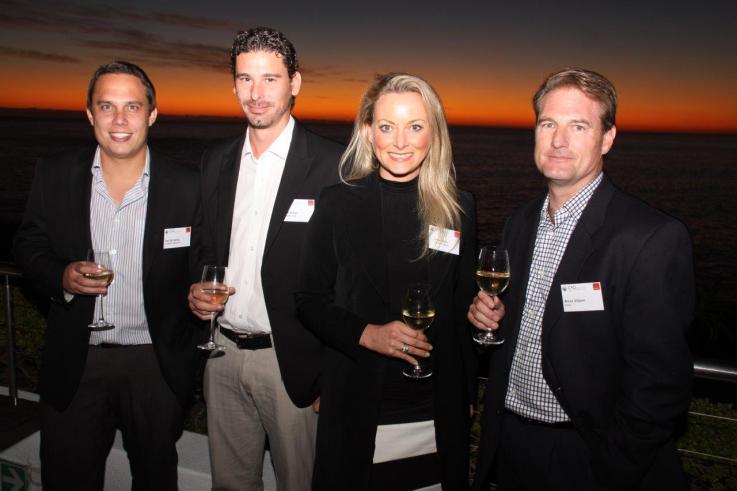 When Eijckelhoff gave the participants the opportunity for some last comments, most CFOs and FDs noted how useful the networking had been. “It is interesting to see how our challenges vary on the one hand, but are similar on the other,” said Van Straten. “I don’t feel so daunted by starting up a new CFO establishment it has been encouraging for me,” concluded Sewlall-Singh and Botha said he’d listened carefully to what different roles his colleagues are playing in their respective organisations and should start to actively look out for new possibilities She also felt that the Round Table reconfirmed “how powerful we can actually be”. Van Dijkagreed that the CFO’s touchpoints in the business are varied. “We are very well placed. Other than for the CEO and COO’s of the various divisions, nobody knows the business as well as us and we are well placed to partiipate in various areas ” she remarked.

View the photos from the event here.

If you also want to be part of the leading South African CFO community or you want to know more about hosting a CFO event, you are most welcome to get in touch with CFO SA. Please contact Jurriën Morsch at [email protected]