CEO as the typical corporate fraudster?

Chief Executive Officers (CEOs) are the fastest growing percentage of corporate fraudsters, according to a survey by forensic audit firm KPMG.

In its report titled "Who is the typical corporate fraudster?", KPMG's analysis of global patterns of fraud, it says 26 percent of fraudsters are chief executives - up from 11 percent in 2007.

The report indicates that a typical corporate fraudster is a senior finance executive, and that 32 percent of all employees who commit fraud work in corporate finance. 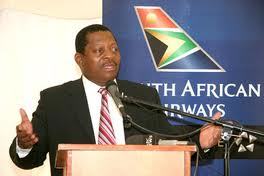 Former South African Airways (SAA) CEO Khaya Ngqula is one of the former CEO's currently under fire. Last week Ngqula appeared in the South Gauteng High Court, being faced with charges of fraud laid against him by his former employer. Ngqula is accused of over-spending on bonuses for top executives amounting to over R27 million.

A typical corporate fraudster is described as "a male, between the ages of 36 and 45, he commits fraud against his employer, works in a finance function or finance-related role, holds a senior management position, employed by the company for more than 10 years and works in collusion with another perpetrator".
The survey was based on 348 actual fraud cases investigated by KPMG member firms in 69 countries. The top three motivations for fraud are personal greed, pressure to reach tough profit and budget targets. It also found that men were more likely to commit fraud than women, with 87 percent of men more likely to be perpetrators of detected fraud.

"Only 2 percent of people aged between 18 and 25 commit fraud, those between 36 and 45 committed 41 percent of fraud, and they were closely followed by people between 46 and 55 at 35 percent," the report says.
Director of Barnstone Fraud Risk Services, Mike Roos, said these statistics were worrying because senior finance executives and CEOs were the groups that shareholders relied on to lead the fight against corporate fraud.

The report warned that fraudsters often made multiple transactions to cover their tracks, regarding financial statement fraud.
KPMG's forensic partner in SA, Dean Friedman, said: "What can be described as economic hijacking is becoming increasingly prevalent and impedes investor confidence."

This manifested in company hijackings, wholesale dispossession of company assets and hijacking of state-allocated rights.
In the US it was found that "the higher the level of executive, the greater the value of fraud", as fraudsters were one or two steps ahead of compliance programmes.
In central and eastern Europe, most fraud was committed within sales and procurement.
Many fraudsters operated in Switzerland, due to the country's reknowed financial services and most fraud was committed at senior and middle-management level.

Stay connected, up to date and in the loop on what is happening in South African finance by subscribing to our newsletter and following us on Twitter.