CFO Innocent Gumbochuma’s restaurant shifts his focus away from finance

Innocent says running a restaurant is a completely different occupation from finance and lets him be creative.

Quality Council for Trades and Occupations (QCTO) CFO Innocent Gumbochuma has been living in Equestria, Pretoria, since 2008 and over time, got familiar with the local watering holes. One of these venues was then Sunset Steak and Grill Lounge. After seeing it change hands a couple of times, Innocent decided to buy it when it was put up for sale in 2015.

“I’ve always wanted to own a restaurant where I could go after a stressful day at work to loosen up and do something completely different,” he says. He slowly started renovating and redesigning the restaurant, pushing most of his own financial resources into the restaurant to get it up and running.

He rebranded the restaurant to Sunset Lounge, to represent the people passing on their way home from work who come in for sundowners, and it started operating under his management on 1 June 2015. For Innocent, it’s been a dream come true. “It’s a small restaurant, but I have so much joy in it.”

Innocent has also successfully managed to grow the restaurant’s revenue by 300 percent.

The restaurant offers fusion-style foods, specialising in grills and chicken. On the menu, you can find a mixture of traditional South African meals like tripe and samp, as well as meals like prawns and chicken schnitzel. “The people who live in the area are middle-class people, but when they want their traditional foods, they have to go to the townships, which is quite far. So we brought home back to the people in the city,” Innocent says. 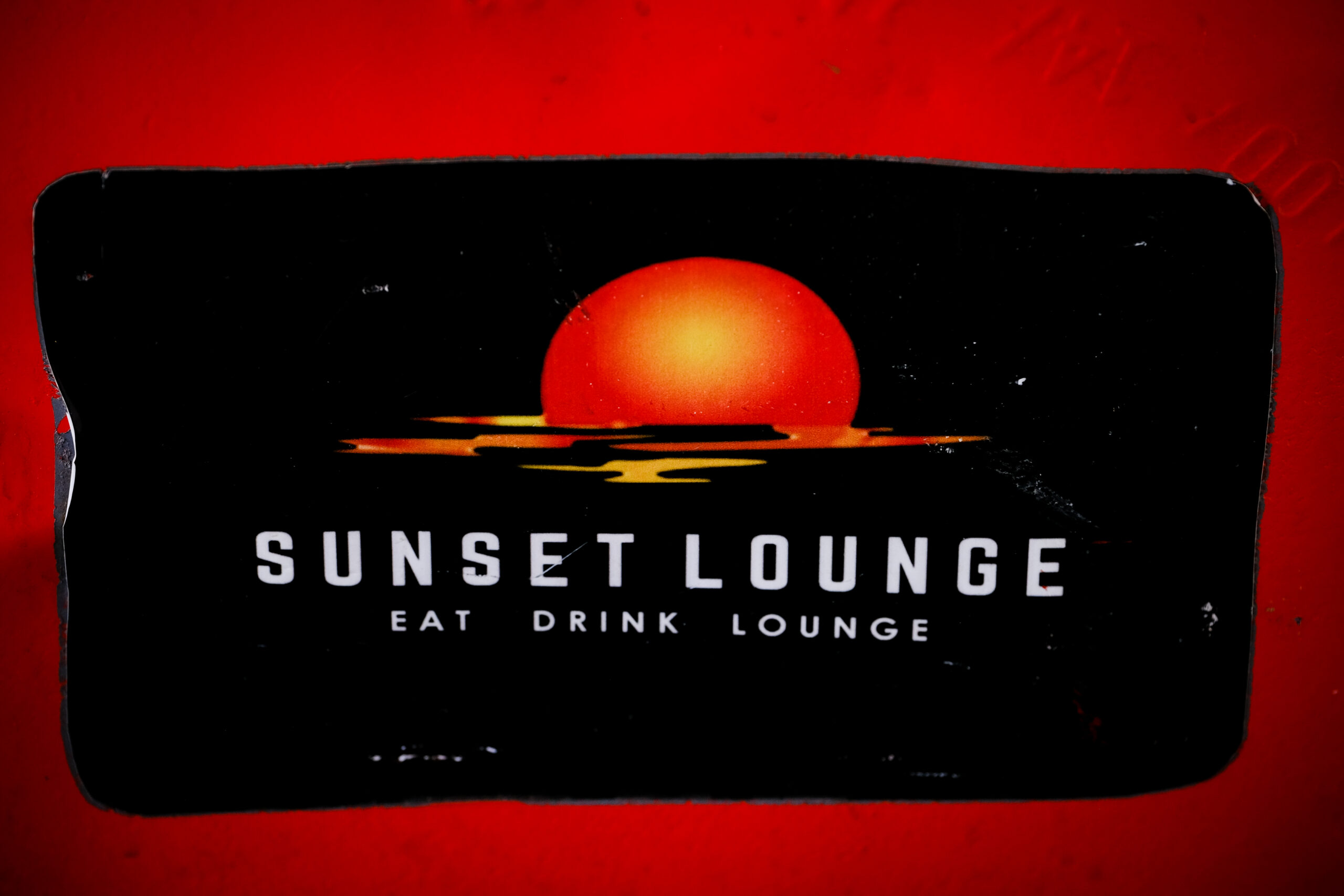 Learning how to shop
Coming from a public sector environment, Innocent implements the same practice of comparing three quotes before choosing a supplier. He gets his food stock from four to seven different suppliers and supports local small businesses for the restaurant’s needs, including gas and ice.

Owning a restaurant has also taught Innocent how to shop. “I never used to like shopping, but it is a skill you acquire when working in the restaurant industry.”

He tries to involve his three daughters, Karen (13), Ivana (11) and Nicole (4), in the restaurant business and takes them along when he needs to fill stock orders at times so they “have an early understanding of business and hopefully they will develop some entrepreneurial skills.”

The impact of Covid-19
In March, when the president announced a nationwide lockdown to curb the spread of Covid-19, restaurants had to close shop with almost no warning. “I had to throw out a lot of the stock in the restaurant, which turned into a loss. But because just-in-time food management is such an important thing here, I didn’t lose as much as some other restaurants might have.”

Before Covid-19, the Sunset Lounge had a staff complement of nine people. In order to cut costs, Innocent reduced the staff headcount to five at the restaurant.

He explains that he had to think of innovative ways to survive, including finding new ways to drum up business. “When level 3 lockdown was announced we had to adapt our model to include takeaway services.”

He bought two scooters for deliveries and started running delivery requests through the restaurant’s website and social media pages. But as the demand grew, Innocent had to respond to all the inquiries that were coming through on the social media platforms while still juggling his job at the QCTO. “It was becoming too much. So, I decided to register with Mr Delivery and Uber Eats, who managed all of that.”

However, he says that things are not the same as they were before Covid-19. “Even now, as lockdown restrictions have been eased, people are still not comfortable to come and eat and drink like they used to.”

Because of this fear, combined with curfew and social distancing restrictions, the restaurant isn’t attracting the foot traffic it used to. “We are supposed to close at 2am, now we’re closing at 12pm. That takes away a large part of our customer base.”

During the earlier levels of trade restrictions, when the restaurant closed at 10pm, all the money they made during the day would go to operational costs. “But I’m proud that we are still operational, because quite a number of places in the area have closed down because of Covid-19.” 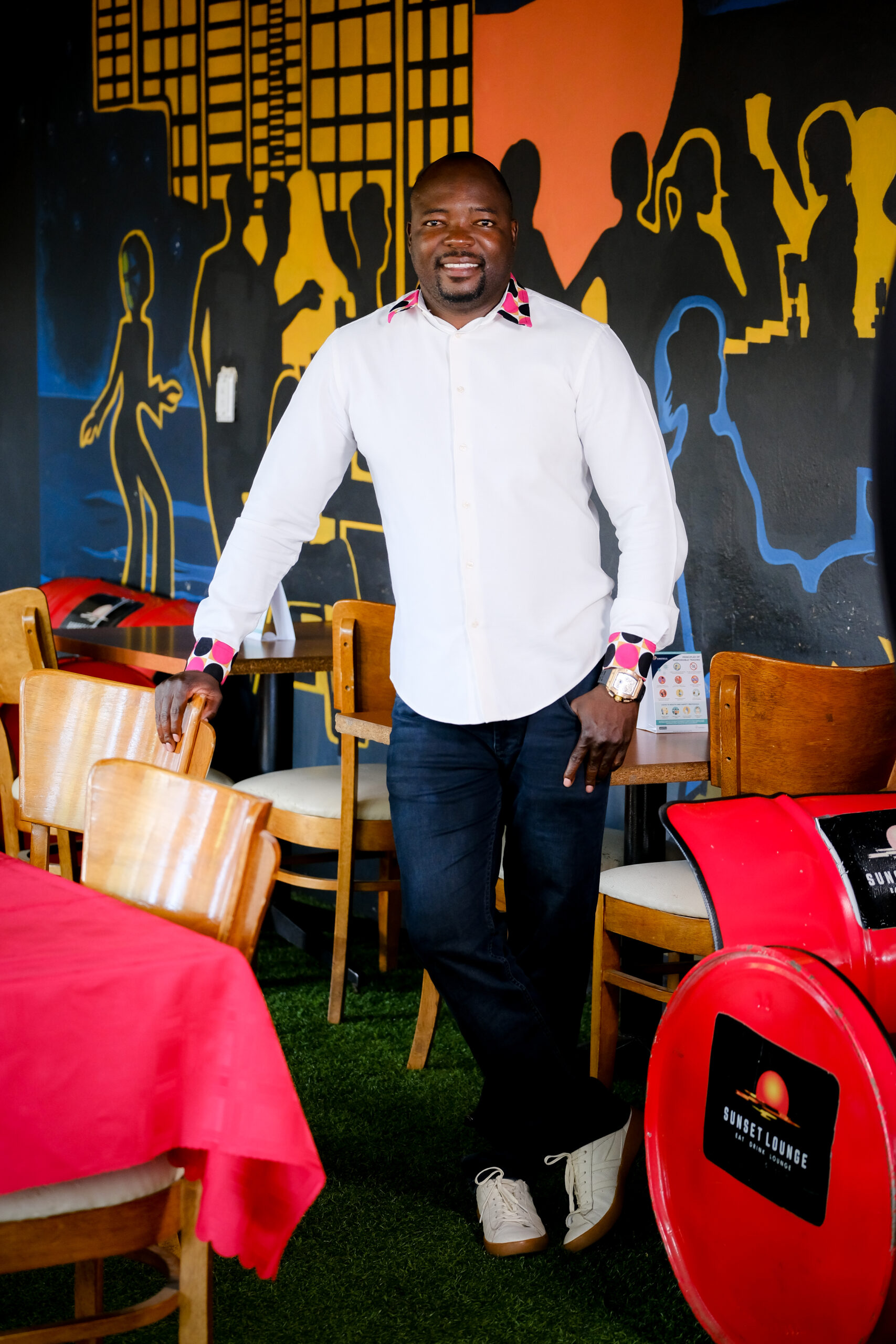 New year, new Sunset Lounge
Innocent is in the process of giving the Sunset Lounge a complete facelift to try and broaden its customer base by attracting premium clients. He says that, after the hard lockdown, the restaurant started to look a bit worse for wear, as they weren’t able to maintain it the way they used to. “At the moment, people are looking at the place and the image doesn’t correspond with the value of the food. So, I want to revamp the building.”

After visiting a couple of other restaurants and taking notes about what worked and what he would like to implement in his own restaurant, Innocent went to one of his friends who works in construction to ask for advice. The friend referred him to someone who could make the furniture he wanted and introduced him to a designer and architect who could draw up the plans he needed.

The renovations were to begin in November, but Innocent has had to delay them to keep the business running. “With the time we lost during Covid-19, we can’t afford to be closed for the time it takes to renovate.”

One of the key designs Innocent has changed is to install a counter area with power points where people can sit and work during the day. “Because of Covid-19, people are working from home. It will be a nice change of scenery for them.”

Public vs Private sector
Innocent explains that running a restaurant is a completely different experience from working in the private sector. “The public sector is very rule-based and you can’t always implement your own ideas with ease. I wanted something that I could have total control, be independent and break all the rules.”

Innocent says that, despite all the many stresses that comes with working in the public sector, it’s more stressful to run your own business. “It requires a higher level of commitment and care, and the direct impact of its failure falls on you.”

He adds that, when money gets tight at the restaurant, there are still employees’ salaries and other major costs to cover, and you have to come up with the money yourself.

Innocent says that, at some point, he will leave the public sector and focus on other business interests. But for the time being, he still has passion for the profession and would want to move into the private sector to gain different experiences. “As an accountant, I am very risk averse. Everything is calculated and you always have to think of ‘what if something goes wrong?’”

He explains that the restaurant has complemented his work and decision making at the QCTO, as well as helped him to cope with the pressures. “I’ve learnt how important patience and tolerance are, because sometimes you have to deal with people that get intoxicated, who have bills and refuse to pay.”