CFO Round Table Johannesburg: CFOs exchange notes on IT and automating processes

The CFO Round Table on Thursday 16 May at the Saxon Boutique Hotel in Johannesburg turned out to be an extremely successful meeting of minds,in which CFOs from a variety of industries candidly exchanged notes on IT, automating processes and the never-ending struggle to find time to reflect on strategy.

Hosted by computer technology corporation Oracle and organized by the fast-growing networking platform CFO South Africa, the discussion - titled 'Transforming a day in the life of a CFO' - focussed on the challenge to step back from the day-to-day demands and take a more strategic role as a finance and business leader. "We deal with this on a daily basis," admitted Ian Graham, CFO at General Electric Oil & Gas & General Electric Southern Africa.

The American finance boss has only had a short South African stint so far and he has noticed the lack of skilled finance people is a serious problem in the country. "I spend an inordinate amount of time on talent. A lot of us around this table deal with a lack of talent. GE in Africa is a really young company. We now get kids into a one year program as a stepping stone. It has been piloted here and HR is looking at rolling it out in other developing markets."

All the more reason to look closely at the opportunities modern IT applications provide, replied Grant Scrutton, Finance Director at investment holding company Winhold. "I have a blinding passion to automate everything. There are islands of information out there, which we cannot reach. If we manage to automate the processes we get access to that information and the few people with talent can do what I want them to do and not waste their time on Excel." 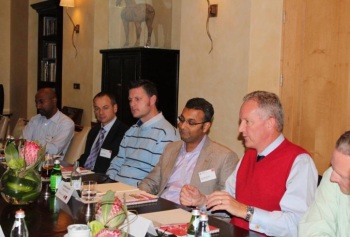 Sandeep Gandhi has noticed modernizing systems can be a tricky thing in the mining industry. The CFO of Village Reef Gold Mining Company said "bringing about changes in an industry where legacy processes have not evolved is challenging. A standardized ERP system has many advantages including superior controls, cost saving opportunities and quicker access to information but it takes time to change business processes to realise these benefits. It is only once the end user has engaged with the system would you have ironed out all functional issues and banked the success of your implementation. ." Scrutton acknowledged the challenge: "I don't think we will ever get there. Sometimes you celebrate a success; you enjoy it for a day, have a drink and then move on."

"In our company it goes the other direction," revealed Juan Mostert, CFO at Dell South and Central Africa. "The systems are stopping people from acting, it is becoming too top down again." However, data intelligence is crucial in finding an edge over competitors, Mostert has noticed. "Data becomes your biggest asset now. You are ahead of the game if you can beat the competition on data." That doesn't always mean the rollout of intricate systems: "The tool of choice for analyses will reluctantly remain Excel," Mostert stated.

Craig Coltman a CFO at De Beers stated that it's not always about what system you use to make decision, but rather about the people using the system and the company decisions makers. "We have had a great enterprise resource planning (ERP) system for years already, which provides meaningful information, but on occasions, there is a tendency to not trust the numbers or a desire to "find" information that better suits the desired outcome. As a CFO you sometimes find yourself spending a significant amount of time trying to educate business why a proposal is not commercially sound, despite the numbers supporting your argument.

"At the end of the day a great team is more important than an ERP system," added Philip Nottingham, CFO at abe Construction Chemicals. "I have been through several ERP implementations and they are wrong if all they do is entrench bad business practices." As a CFO it is extremely important to "get credibility with the ultimate decision maker", Coltman said. "Once you have that, it will take months out of the evaluation processes because he or she will listen to your recommendation." Scrutton agreed.

Part of the problem is that CFOs are often working from the one deadline to the next, said Werner Barnard, Finance Business Lead at Kraft Foods. "I would like to sit back and look at the numbers, but I spend an inordinate amount of time checking the numbers, because you have to be comfortable with the ones you present to the board. The fear is making a decision based on mistakes." Kraft Foods is currently rolling out an ERP system and Barnard hopes, just like Scrutton earlier, to establish fully automated processes. "You can get close to the point where you want to be, but you never get there," Coltman warned him, but Barnard said this does not worry him. "If you get to that point, your business has stagnated. You never want to reach 100%. It is not about the destination, but about the journey." 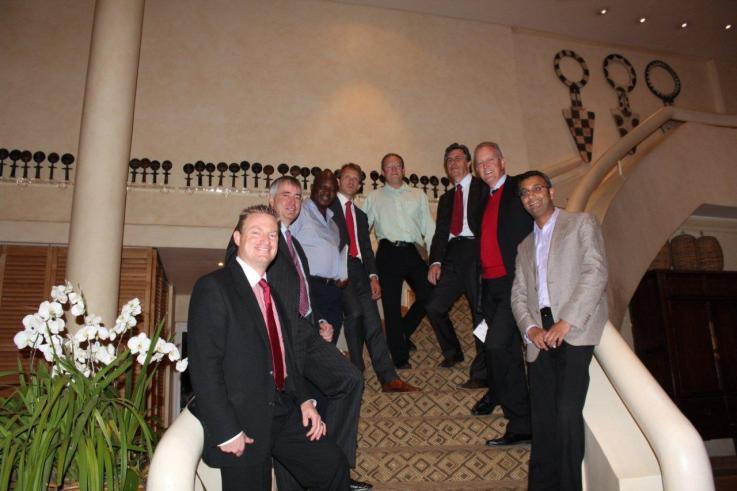 Postbank's CFO Nichola Dewar is also about to implement an Oracle based core banking system. Round Table sponsor Oracle is an American computer technology corporation, specializing in developing and marketing computer hardware systems and enterprise software products - particularly its own brand of database management systems. According to Dewar the system is going to make a huge difference in the running of Postbank, which hopes to receive a banking license within the next 2 years. "Luckily there have been no investments in IT for a long time; that actually makes implementation easier."

Anbann Chetti , Head of Finance at Nedbank Corporate Banking, returned to the theme his colleagues Graham and Barnard had spoken about earlier. "Attracting talent and retaining it is a big issue, especially since the bonuses in the banking sector are under pressure, which is a constraint for retaining people." Responding to Coltman's challenges to convince the company's leadership of the common sense of the CFO, Chetti remarked that he has "access to the CEO ". That doesn't mean it is plain sailing in the banking world. "The consistency of reporting is an issue. Everybody tweaks their numbers so they look better, because the bonuses are based on them. Most of us get bogged down and strategic stuff ends up on the back track."

The Round Table was followed by a CFO Café, attended by an impressive selection of Johannesburg based finance professionals. This event was kicked off by Oracle's Alain Ozan, who gave a thought-provoking presentation, followed by a meeting of minds during the networking part. Round Tables, Executive Dinners and the CFO Café are some of the ways that CFO South Africa is bringing together the South African finance community. Within a year the organisation has become the leading networking platform in the industry. The website connects finance professionals to help them share knowledge, exchange interests and open up business opportunities.

View the photos from the event here.

If you also want to be part of the leading South African CFO community or you want to know more about hosting a CFO event, you are most welcome to get in touch with CFO SA. Please contact Jurriën Morsch on [email protected].