Which CFO would not like to build their financial team, IT systems and processes up from scratch, not worrying about existing culture, equipment and other legacy issues? Daryl Edwards got the chance to do just that at Universal Coal and he is pretty excited about the result.

“It has been very interesting to say the least,” says Edwards, who previously worked in the automotive industry and most recently for Asenjo Energy, a Botswana based coal exploration and development company. “I joined Universal Coal in June 2011 when it was busy getting the first project off the ground. There wasn’t much in place from a finance perspective at the time. Since then, we have gone through quite a bit and we’re sitting quite well at the moment. From a company that was in with a chance, we are now becoming a player.”

A major breakthrough for Edwards and his colleagues was sealing a deal with power company Eskom, which will not only supply electricity but also buy coal from the Kangala mine near Delmas. “Negotiating with Eskom was a real challenge and it took about two years, but the outcome was crucial. Eskom is an A-rated company, which the banks like. We have managed to close a good project finance deal with Rand Merchant Bank (RMB).”

The first mine development at Kangala, where a lot of the groundwork is outsourced to Stefanutti Stocks Mining Services, formed a crucial part of Universal’s strategy to get a financially healthy company off the ground, Edwards explains. “With our Kangala project and our deal with Eskom we have decided to get runs on the board and get the revenue flowing locally, before focussing on the export market.” 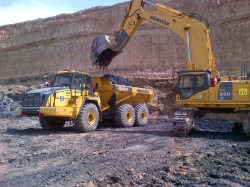 That has been a hard, but important sell to shareholders and investors, the CFO explains. “The company is registered in London and falls under UK law and we are listed on the stock exchange in Australia. The initial focus of our foreign investors was very much on the export of coal and associated allocations at ports and trains, for example. We have convinced them to back an alternative strategy. At the same time Universal Coal has started the exploration and feasibility studies of the export coal product line, says Edwards. “That is a nice position to be in, with income flowing in – keeping ourselves alive.”

Export of coal is generally regarded a more lucrative business than the domestic coal market, but Edwards says the situation is not as clear cut. “When the export coal price is 70 to 80 US dollars per metric ton, you battle to pay back capital, especially if you are a new player like us. When it’s at 120 dollars, you should be printing money.” While that number is the biggest uncertainty for any coal miner, uncertainty around the political and economic climate is also depressing share prices of South African mining companies, Edwards says.

“We get a lot of questions about the nationalisation debates and the coming elections. We always send the same message to investors and shareholders: South Africa is a big coal producer and that won’t change. There are also indications that Eskom will prefer to work with 51 percent BBEEE companies in the future. Those types of preferences don’t necessarily help foreign listed entities, but also lead to alternative opportunities,” says Edwards, who is actively involved in obtaining backing from black, South African investors.

Edwards acknowledges that many CFOs in South Africa will be envious of his position, being able to build up a business from the ground. “For me there was a lot of scope to try and make a mark, whether it was in IT, the finance team or our financial strategy. That is the nice, exciting part about being a junior company. Sure you make mistakes, but every day is different,” says Edwards. He has spent most of his time focussing on cash flow to keep the start-up afloat, at the same time focussing on predicting the future as much as possible. “Trying to get certainty is a difficult goal to achieve,” says Edwards, something many South African CFOs will relate to these days. 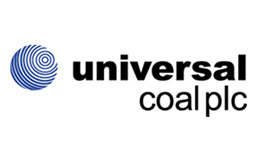 Edwards has a lean finance team behind him. “That means a totally hands-on approach is required and that is exactly what I enjoy. I have a nice team and am not needed to double-check every number so I can take a more strategic approach towards the numbers. I have a good feel for what the numbers should look like anyway, so I can approach it from an allocation point of view.”

Edwards advises ambitious finance professionals to “try and soak up as much knowledge as possible. Be a sponge”. He remembers doing the same, for example when working in the automotive industry. “I tried to learn as much as could about the different divisions, not just finance. From the technical aspects to production, I wanted to know everything. That helped me understand the company and it helped others to accept me.”