The way the Nigerian presidential elections have unfolded over the last few days must surely be the single best news in 2015 for CFOs whose businesses are - or want to be - active in West Africa. With bad examples from Kenya, Zimbabwe and Ivory Coast many feared the worst when it became apparent that the opposition candidate, Muhammadu Buhari, was about to win. The worst being last-minute election rigging and wide-spread violence. But none of that came to be, with outgoing president Goodluck Jonathan setting a valuable example for his peers and bowing out gracefully.

Buhari (72) is a Muslim from the north, who lead the country for 20 months after a military coup in the 80s after which he spent 40 months in jail. Since those bad old days he has reformed to a democrat and he has had considerable success in the north fighting corruption, his sober, barefoot lifestyle adding to his stature. Saturday's elections were Buhari's 4th attempt to become president. 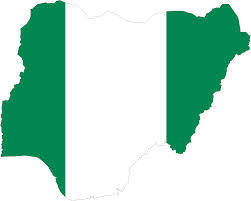 Jonathan's 5 year's in the saddle have been marked by weak leadership. His government had no answer to the plumeting oil price, the electricity crisis escalated and the Islamic extremists of Boko Haram ran riot in the north. While the Muslim population in the north hopes that Buhari is in a better position to halt Boko Haram, businesses will hope the new president focuses on improving governance and power supply. There are a lot of people from Jonathan's PDP party with vested interest in the status quo, so don't expect radical changes in the next week.

Having said that, a more democratic, more transparent, possibly less corrupt Nigeria is a massive boon for businesses, Nigerians and Africa in general.