Editorial: The power of a CFO, Moving into Africa & what to think of brain drain?

Yesterday I had the privilege of chatting to Casper Troskie, the experienced CFO of Liberty Holdings. He re-affirmed what CFOs have started telling me over the last year or so: communication skills are a crucial asset for a Chief Financial Officer or Finance Director these days. Whether talking to investors, customers, unions, analysts or the general public, a simple, transparent, unison message from the board – and all other employees of a company– is very important. These days, particular attention is being paid when a CFO opens his or her mouth. A CFO that can communicate clearly and confidently is therefore in an extremely powerful position.

The full interview with Troskie, who has a wealth of experience in audit, advisory, banking and insurance, is something to look forward to. Expect publication on this very website during the beginning of next year!

Our current CFO of the Week, Promasidor's Austin McDonald, is impressive in his own right. With his business mainly focusing on other African countries, he is in a strong position to advise his peers about 'Moving into Africa'. Focus on the specific needs of the consumer, rather than trying to push your existing products, he recommends.

CFOs who are interested in the theme 'Moving into Africa' (and who isn't!?) should diarize 19 March 2015, when CFO South Africa's event will be fully focusing on opportunities on our exciting continent. I personally expect this to be our biggest and best event ever!

One of the main fears of CFOs when looking at opportunities in Africa is of course the risk of getting entangled in corrupt practices. But Transparency International's Corruption Perceptions Index 2014, published today, is a stark reminder that South Africa itself is grappling with the same issue. In the index South Africa scores 44 out of 100 and ranks 67 of the 175 surveyed countries and territories - way too low for a country that aspires to be a serious, developing economy. 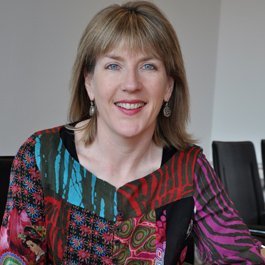 And while we're sharing depressing statistics: South Africa's private sector expanded at a much slower rate in November, largely due to weaker growth in output and new orders, according to HSBC Purchasing Managers' Index (PMI), which was also published this morning.

It would almost make you want to take a sabbatical. Or are you close to a burnout? In our most recent Expert Insight executive coach Stanford Payne discusses the difference.

Or it could make you leave South Africa?

Among the CFO appointments of this week, my eye fell on the new job of University of Johannesburg trained Lorna Raine, who was announced as the new CFO of George Weston Foods, one of the largest food manufacturers in Australia and New Zealand. Before Raine moved to Australia, she was CFO of McDonald's South Africa. Should we see Raine's career as proof that South African accountants are capable of spreading their wings and conquering the world, or should we rue the fact that a talented CFO has left our shores, contributing to brain drain from the rainbow nation?

Let me know what you think!