Lessons from a successful exit: iKubu bought by Garmin

Franz Struwig learnt some valuable lessons on the way to seeing his start-up iKubu bought out by global navigation provider Garmin.

When Struwig first set up an engineering hub in a house in Somerset West eight years ago, he had little ambition beyond having fun and setting up a space for engineers to be creative. That all changed in 2011, when a chance encounter with a cyclist riding down the wrong side of a Stellenbosch road led to the development of the Backtracker low-energy bike radar. The revolutionary device provides cyclists with speed and distance details of vehicles coming up behind them and doubles up as a caution light.

10 steps to a successful exit strategy

Struwig told guests at the Knife Capital Exit Conference at the Sandton Convention Centre on 21 August 2015 that the road to the big-money Garmin buyout had been anything but smooth. "As engineers, we were no good at marketing and building relationships. I was also initially sceptical of the product and didn't want to put our funding into a black hole," he said.

Here are Struwig's tips for entrepreneurs planning to exit:

iKubu signed an agreement with a Japanese OEM partner in their eagerness to capitalise on the product opportunity, but could not boast a single sale after a year. They terminated the agreement and joined the Grindstone Accelerator where director Andrea Bohmert challenged them to double their turnover and take their destiny into their own hands. 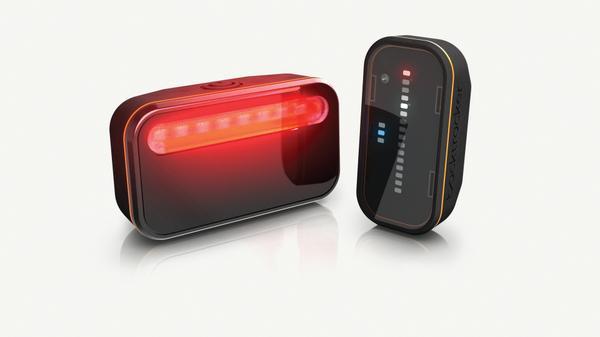 An American cyclist showed the device to Garmin executives and a meeting between Struwig and the tech company followed at the Eurobike trade show in August last year. Garmin made an offer a week later and after six months of gruelling negotiations, a deal was struck.

"Big companies can move quickly when they need to. We were very happy with the deal in the end. We have been lucky, but we were also in a position to take advantage of the opportunity when it did come. The necessary documents and marketing materials were already waiting when we were approached," said Struwig.

Companies have been reviewing their business structures, and cutting the fat is resulting in leaner operations.

As more companies are restructuring, Imperial Logistics, RMI and Attacq are primed to be future fit.