There are not a lot of South African CFOs who have experienced and contributed to such spectacular corporate growth as Fanus le Roux. When he joined Tshwane-based engineering, management and specialist technical services company Aurecon (then Africon) 20 years ago, it had a turnover of R132 million. These days the company is a global one, with its African operations contributing a R2.6 billion turnover annually. “It has been an exciting journey,” le Roux says modestly.

Almost six years ago, Africon and Ninham Shand merged with Connell Wagner and changed its name to Aurecon - le Roux and his colleagues have spent countless hours "restructuring and rationalising" ever since. With a grin, the CFO says, "We were running around like headless chickens," somehow managing to make it sound like a positive thing. "In order to finalise the merger, we had to deal with a wide range of legal issues and country specific regulations, as well as obtaining approval from the South African Reserve Bank."

It has been quite a mind shift. "Until our recent merger, most of our growth had been organic. When I started, we employed 800 people in South Africa in nine offices, with most people based in Tshwane. Now we employ 2 700 people in Africa - 500 of them are based outside of South Africa, and 7 500 globally."

Aurecon is owned by 700 managers globally, but le Roux is probably one of the few who knows exactly what is going on in the African operations. "I often travel to our businesses in Africa and the Middle-East as we focus on emerging markets. We now have 23 Offices in South Africa and offices in 14 countries in Africa, mainly Southern, East and West Africa. We are also based throughout the UAE."

At the same time, Tshwane is still the beating heart of the operations. "We sell the grey mass between the ears (intellectual property). In 20 years, we were fortunate in not having had any major retrenchments. Our people are our greatest asset. Being consultants, most of our skills operate from Tshwane and Cape Town where the engineers and technical people do the designs and provide engineering consulting solutions." Aurecon works across 12 Markets, including transport, water, energy, property and Government," explains le Roux.

Le Roux says there was "never a dull moment" in the last 20 years of his career, during which he has gained invaluable experience which allows him to lead the Africa - Middle East finance team of the ever growing multinational company. "I have been able to develop my own skills over the years and have recently gained experience not only in M&A, but also in the international tax and commercial environment. By working in different cultures and through regular travel abroad and within South Africa, I have gained invaluable 'people' knowledge."

The advantage of having all shareholders directly involved in the business is that it is much easier to take a long term view, says le Roux. "In a manager-owned business you are able to deal with lower returns in the short term especially when the market is in decline. We have to patiently tighten the belts until the tide turns again." In a dynamic, growing company like Aurecon, the job of a CFO is extremely strategic and entrepreneurial, it seems. "In a certain sense it is challenging and it sometimes almost appear to be chaotic, but it is important to keep your finger on the pulse" says le Roux. "I plan my day, but usually different unscheduled issues come across your desk. I get involved in matters regarding operations, system implementation issues, and constant problem solving."

We don't often speak to CFOs who throw around terms like 'headless chickens' and 'chaotic' so liberally, but le Roux emphasises that the dynamic is a positive one. "Changes and challenges are thrown at you all the time but the most important thing is that the CFO has a good solid team taking care of the financial functions, enabling them to spend some time to think and be involved in the business. I believe that a manager needs to be able to sit quietly to analyze , reflect and contemplate. You have to remain focused. Often I wake up at night with the answers to questions that I mull over in those quiet moments." 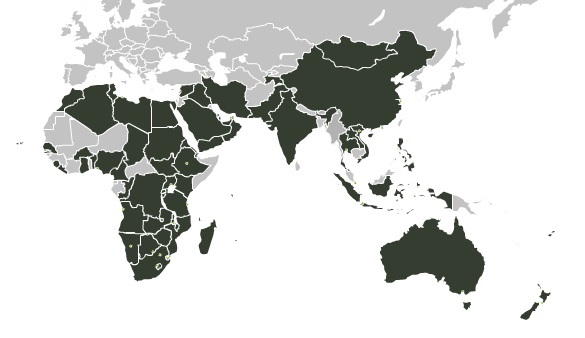 Like most CFOs, le Roux feels the emphasis of the role he plays has shifted away from statistics and numbers, to risk, commercial and other strategic aspects. But that doesn't take away the role that the CFO has as gatekeeper. "The watchdog role of the CFO is crucial. When you see something of concern, you need to start barking. Having people rely and depend on you in the organisation, is real recognition", says le Roux. "I am most proud of the fact that my senior colleagues see me as a trusted advisor; this is my ultimate reward. That they are still interested in my opinion, whether it is financial, commercial or otherwise after 20 years, is a great honour."