Finance Indaba 2016: Clean up your audits with the Auditor-General of SA

“We’ve always defined our service offering as audit and state of the nation type reports, but over the past five years, we’ve engaged with CFOs and accounting officers very proactively, especially around the basics of internal control that we believe can move them in the right direction," says Jan van Schalkwyk, corporate executive at the Auditor-General of SA, a silver partner at the Finance Indaba Africa 2016 on 13 and 14 October 2016 at the Sandton Convention Centre in Johannesburg.

With the event around the corner, we will be chatting to all the Indaba partners, asking them why they are joining the event and what their most important message for finance professionals is.

Do you want to hear more about how the Auditor-General of SA can help you achieve a clean audit? Do you want to be informed about the latest and greatest in finance? Then don't miss the Finance Indaba Africa 2016.

Why will you be present at the Finance Indaba?
"It is a fantastic opportunity knowing that there will be a widespread range of CFOs present if you think about what we are trying to achieve as an organisation, such as clean audits and a well-run government. CFOs are critical to the success we are trying to achieve in SA. This is where a lot of action can begin. If we know we have competent CFOs, we can really go places. If we fail at CFO level, the rest doesn't really matter."

What will you be talking about?
"We're going to be sticking very closely to our mandate, which is to audit the public sector. We want to demystify the concept - a lot of people think it's just a technical term. We want to contextualise it in terms of the broader role of CFOs. Many say CFOs as facing increased risk and being encouraged playing a strategic role, which speaks directly to the role we would like them to play, making sure that spending, performance reporting, budgeting, strategy is seen as one. We feel the person best geared to that is the CFO. The moment you talk about financial and performance management as one, you'll have the whole concept of clean audit under the knee. We will try to give the CFO a sense of what they can do and who they can partner with to actually achieve a clean audit. We also want to extend the conversation to include the notion that clean audits don't just give you a well-governed setup, but are also important in terms of UN goals."

What are the challenges you can help finance professionals/firms with in 2016?
"We've always defined our service offering as audit and state of the nation type reports, but over the past five years, we've engaged with CFOs and accounting officers very proactively, especially around the basics of internal control that we believe can move them in the right direction. This was a new initiative for us and the CFOs and accounting officers. It was a very basic dashboard and we've now stepped away from this to meet the appetite for a deeper discussion from cabinet and executive. This is a strong evolution towards more substantial engagement. Pravin Gordhan says that the Auditor-General has access to a wealth of information and that we can either use it for audit reporting or leverage it constructively for the benefit of everybody."

Have you seen an improvement in government audits over the years?
"There is a steady improvement in all areas, both at the top end, with clean audits, and at the bottom, with the 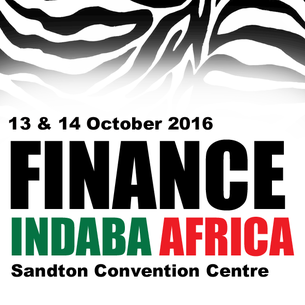 disappearance of disclaimers and adverse opinions. We are moving in the right direction with performance management and compliance with legislation, but we are not yet where we want to be. It is no use pretending that everything is rosy. We have some way to go and challenges to overcome. It comes down to doing the basics right. As much as we talk about the evolving role of the CFO, there are issues with basic record-keeping, reconciliation and monthly and quarterly reports in the public sector."

Tell us about the Legacy book.
"It is a fantastic book. The new SA is 22 years old, but we forget that many organisations predate it. The Auditor-General of SA was founded in 1911 and is over 100 years old. We wanted to talk about and analyse this history. There are three phases of this journey, the first of which was the move to be independent, like KPMG and Deloitte and Auditors-General internationally, at the dawn of democracy. The next decade was about coping with the responsibility and lifting our game in terms of quality audits and training of staff. We are now the biggest trainer of accountant and producer of black ones in the country. The third phase involved taking our learnings to government. We take leading by example seriously. We have to make sure that we are subject to the same rules and gain a clean audit. We can't be found wanting."