The near-term outlook for Sub-Saharan Africa (SSA) remains broadly positive, with growth projected to accelerate modestly to around 5½ percent in 2013–14, following a year of strong growth in 2012, the International Monetary Fund (IMF) said today. In its May 2013 Regional Economic Outlook, Building Momentum in a Multi-Speed World, the IMF said that these favourable prospects partly reflect the gradually improving outlook for the global economy, while locally, investment in export-oriented sectors is an important driver of growth going forward.

"The positive outlook for the region is conditional on the implementation of sound macroeconomic policies, although the necessary policy mix differs across countries," Ms. Antoinette Sayeh, Director of the IMF's African Department, said. "Given the presence of risk, fast-growing countries with low policy buffers should give priority to rebuilding buffers to handle adverse external shocks, while safeguarding long-term growth and developmental needs," she added.

Growth in the region is further supported by one-off factors in some countries, such as a rebound from floods in Nigeria, recovery of agriculture in regions previously affected by drought, and gradual normalization of activity in post-conflict countries, the report said Regional inflation is envisaged to decline further to below 6 percent by end-2014, reflecting the expectation of moderating non-oil commodity prices and maintenance of appropriate monetary policy, according to the report.

Ms. Sayeh said that the main downside risks to the outlook relate to uncertainties in the global economy, but possible adverse shocks would likely not have a large effect on the region's overall performance. However, "countries with limited policy buffers and reliant on a narrow range of export commodities, or more directly exposed to sources of risk, could experience more severe adverse effects," she noted.

The report also shows that economic growth in sub-Saharan Africa remained strong in 2012, with regional GDP increasing by 5 percent. Growth was particularly strong among oil exporters and low-income countries, while middle-income countries with closer ties to Europe saw a deceleration. The smaller fragile states still lagged behind relative to the regional average, and civil unrest was a drag on growth in a few countries. Inflation declined in most of the region, reflecting moderation in the movement of global commodity prices, improved local climate conditions, and tight monetary policy. 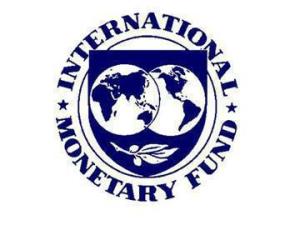 Commenting on their main findings, Ms. Sayeh said: "One, while most countries in the region are not constrained from borrowing by high debt levels, many could find it difficult to raise sufficient financing for larger deficits in the event of a downturn in economic growth. Two, the region's growing access to global capital markets reflects both easy global financial conditions and good economic prospects of the region. To make the most of the renewed global investor interest, countries should maintain prudent fiscal policies, consider various means of financing, and follow best practices to ensure the most favourable financing conditions.

Three, energy subsidies in the region are costly and crowd out spending on much-needed social and infrastructure projects. Reforming energy subsidies could help countries replace costly subsidies with better-targeted forms of social protection."