Integrated reporting improves firm value, cash flows, and analyst forecast accuracy. It also leads to more dedicated long-term investors. That is the conclusion of four academics in this guest article written exclusively for CFO South Africa, based on research they conducted with financial support of the Chartered Institute of Management Accountants (CIMA). Using mostly South African data, they argue that CFOs should care deeply about integrated reporting. By Mary E. Barth, Steven F. Cahan, Li Chen, and Elmar R. Venter* Since the financial crisis, several questions have been raised about the appropriateness of the traditional corporate reporting model. Key statistics highlight some of these concerns about corporate reporting. In 1975, around 83 percent of the market value of S&P 500 firms could be explained by physical and financial assets; by 2009, that number dropped to 19 percent. The remaining 81 percent consist of intangibles; most of which are currently not communicated to investors. Bob Laux, senior director financial accounting and reporting at Microsoft, argues that “the value-drivers of a company are increasingly intangible and include items such as intellectual and human capital as well as environmental, social and governance issues”. In his view, such changes in the ways in which company value is created are not matched by developments in corporate reporting. In line with this concern about unreported value drivers, EY points out that, on average, the number of pages devoted to noting disclosure in financial statements and in management discussion and analysis quadrupled from 1972 to 2012. Former United States vice president, Al Gore, and David Blood warn that “despite the volume and frequency of information made available by companies, access to more data for public equity investors has not necessarily translated into more comprehensive insight on companies”. Adding to the disclosure burden may therefore not necessarily be the solution to the unreported value drivers. The proponents of integrated reporting see it as the solution to this vexatious issue. In this article, we briefly discuss what integrated reporting is (and what it is not), together with some of the academic evidence emerging on the benefits of integrated reporting. What is integrated reporting?

According to the Framework of the International Integrated Reporting Council (IIRC), an integrated report is a "concise communication about how an organization's strategy, governance, performance, and prospects, in the context of its external environment, lead to the creation of value in the short, medium and long term". There are at least four reasons why integrated reporting is worth noting, outlined below. 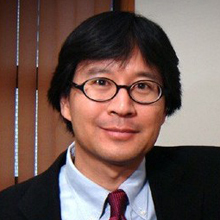 The second reason is that, according to the IIRC framework, "integrated thinking" underpins integrated reporting. It is argued that integrated thinking affects internal decision-making and actions once managers grasp the consideration of the creation of value in the short, medium and long term. Bob Laux argues that integrated reporting "provides feedback on how organizations are functioning on multiple levels", thereby helping organizations to "break down silos."

The third reason is that integrated reporting is oriented towards the long term. Long-term future value creation speaks to a company's ability to continue as a self-standing business. If this cannot be achieved, a company's existence, and its ultimate demise, could be detrimental to society at large. An unsustainable company is one that destroys more value than it creates (where the concept of value includes all six forms of capital).

The fourth reason is that integrated reporting is about applying a framework, not about complying with regulations. The IIRC Framework, which is only 37 pages long, is an extreme example of a principles-based reporting framework. This implies that managers of firms are left to apply the principles of integrated reporting to their company and to tell the company's value creation story in the best and most transparent way, from their perspective. Because of the absence of hard regulations and rules on integrated reporting, it has been described as a "market-led initiative" in that the market itself tends to distinguish the "good" reporters from the "bad" reporters and to reward the "good" reporters.

As South Africa is the country in which integrated reporting is the most advanced, mainly as a result of the foresight of the King III Code of Governance and the JSE Limited's listings requirements, it is not surprising that most of these studies use South African data. 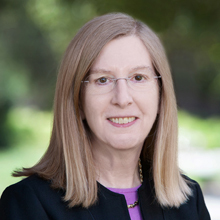 The first study is our own, in which we examine whether integrated report quality (IRQ) is associated with bid-ask spread, firm value, expected future cash flows and cost of capital for the 100 largest firms on the JSE regarding market capitalisation. Our sample covers the period from 2011 to 2013. We use the EY Excellence in Integrated Reporting Awards as our proxy for IRQ. We show that IRQ is negatively associated with bid-ask spreads, which is consistent with the argument that integrated reporting reduces the information asymmetry between insiders and outsiders. We also demonstrate that IRQ is positively associated with firm value. We probe further to establish which component of firm value, namely expected future cash flows or the discount rate, drives a positive association between IRQ and firm value.

Our evidence suggests that the driver is more likely to be a cash flow effect than the cost of capital. The positive association between IRQ and expected cash flows is consistent with investors' revising their estimates of future cash flows upward when they understand the firm's capitals and strategy, or future cash flows increasing because of improved internal decision-making by managers. Because managers' decisions are not directly observable, we have tested the latter conjecture with a DuPont (profitability) analysis, which has produced consistent evidence.

Researchers from the University of New South Wales and the University of Sydney have investigated the association between IRQ and analysts' forecast properties and the cost of capital for firms listed on the JSE over the period from 2009 to 2012. They measure IRQ using a self-developed IRQ coding framework based on the 2012 Integrated Reporting Prototype Framework issued by the IIRC. These researchers report a negative association between IRQ and analysts' forecast errors, which is consistent with the claim that integrated reporting assists analysts in forecasting earnings. These researchers also report a negative association between IRQ and cost of capital, but only for firms with a low analyst following (arguably firms with a weak information environment). Their results are sensitive to the choice of cost of capital proxy. 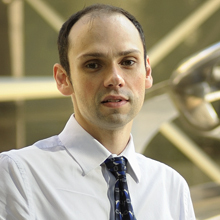 Integrated reporting is a recent phenomenon. It is based on the IIRC Framework and requires a company to describe succinctly how its business model and strategy are executed to create value measured regarding the six forms of capital.