Leaders are there to grow and empower staff, not to be their friend, says Rajesh Mahabeer

For his work as CFO of SANParks, Rajesh Mahabeer, now Head of Public Sector Finance and Deal Origination at Garuda Capital (Pty) Ltd, was nominated for the CFO Awards 2017. We chatted to Rajesh about his tenure at SANParks and how he turned the finance team around, setting a new strategic direction for the entity in doing so, as well as his new role in the M&A and corporate finance space.

"SANParks is a large, multifaceted organisation with several focal areas, including tourism, conservation and the management of estates, which is collectively referred to as the national park system. This mix creates a different level of complexity. The role was quite different and varied, and very stimulating."

When asked about his job as CFO of South African National Parks (SANParks), Rajesh says: "It was fascinating from day one". The finance professional, who boasts some 38 years of experience in the industry, seemed to revel in the challenges - of which there were many - of this public sector entity. Rajesh made various changes to the finance department and achieved several noteworthy accomplishments during his tenure, which lasted just over two years. Over this time, he says the organisation made "significant inroads in corporate governance" and strengthened its financial administration and management and SCM practices. Rajesh not only took SANParks to a clean audit. His work ensured that the team received the AG's clean audit award for their 31 March 2016 audit.

Reinventing the finance team
Having started his role on the back foot, Rajesh had to take a critical look at the finance team he inherited and make several difficult - and often unwelcome - changes. In doing so he says he was able to create a finance structure that was more relevant to SANParks, leaner, meaner and more relevant, as well as more effective than before.

Joining a team as the new guy - albeit the new guy in charge - and rebuilding it must take strong leadership skills. Rajesh believes that effective leadership is a lot about trust.

"You've got to earn people's trust and confidence. You are there to lead and grow and empower your staff, not to be their friend. They must understand that you are their leader. When a person has faltered, we engage and try to understand, do our best to resolve it, on the premise that the person will learn and grow from the experience and not make the mistake again."

Rajesh had to work hard to build camaraderie and confidence in the finance team. "When I arrived at SANParks, I realised that people felt vulnerable, insecure and afraid. A lot of them felt inadequate. The feedback they were getting was that they didn't know what they were doing. Having understood that I said to the various teams, I'm not here to judge you, I'm here to help you and work with you, I'm part of the team. In exchange for that I want you to be completely honest. Tell all of us everything. If you don't know something, tell me and I'll help you and later I'll teach you. People started to open up. Through that journey, a few people had to go, some new ones came in, and confidence levels kept on growing. People are more impactful when they understand what they are doing."

A solid strategy
Before he joined the SANParks team, the board advised Rajesh that the entity was at serious risk of getting a qualified audit report. "They wanted me as the incoming CFO to do as much as I could to avoid this," he says. "I joined on 1 February and year end is 31 March, so it was a short time. I had to prioritise what to do as an incoming CFO to avoid a qualification." There was no time to look at the books in the traditional manner, so Rajesh, after consulting his new finance team, decided to personally write out the journal entries that would bring the financial records to an auditable state and which would comply with the accounting conventions of being fairly stated. "Before the audit started I sat with the Auditor-General and explained our process and the entries. They tested and accepted it, which resulted in an unqualified audit report," he says.

That first hurdle out of the way, Rajesh says some very critical decisions followed - decisions that were unpopular and not necessarily nice but which had to be made.

"Once we got the unqualified audit report, it changed the dynamics at SANParks. The board was more comfortable, the shareholder (Department of Environmental Affairs), and other stakeholders were more comfortable."

Rajesh says that SANParks is "not business as usual", as it is a system of national parks where the assets include fauna and flora. As such, you have to stay flexible in your approach, he says. "A lot of the parks have been ravaged by the drought. When this happens, you cannot predict the impact on your revenue through tourism and you can't predict your costs in terms of conservation. So, it's about having the agility to be able to understand what's happening and how it's going to impact the business, and how you respond to that." 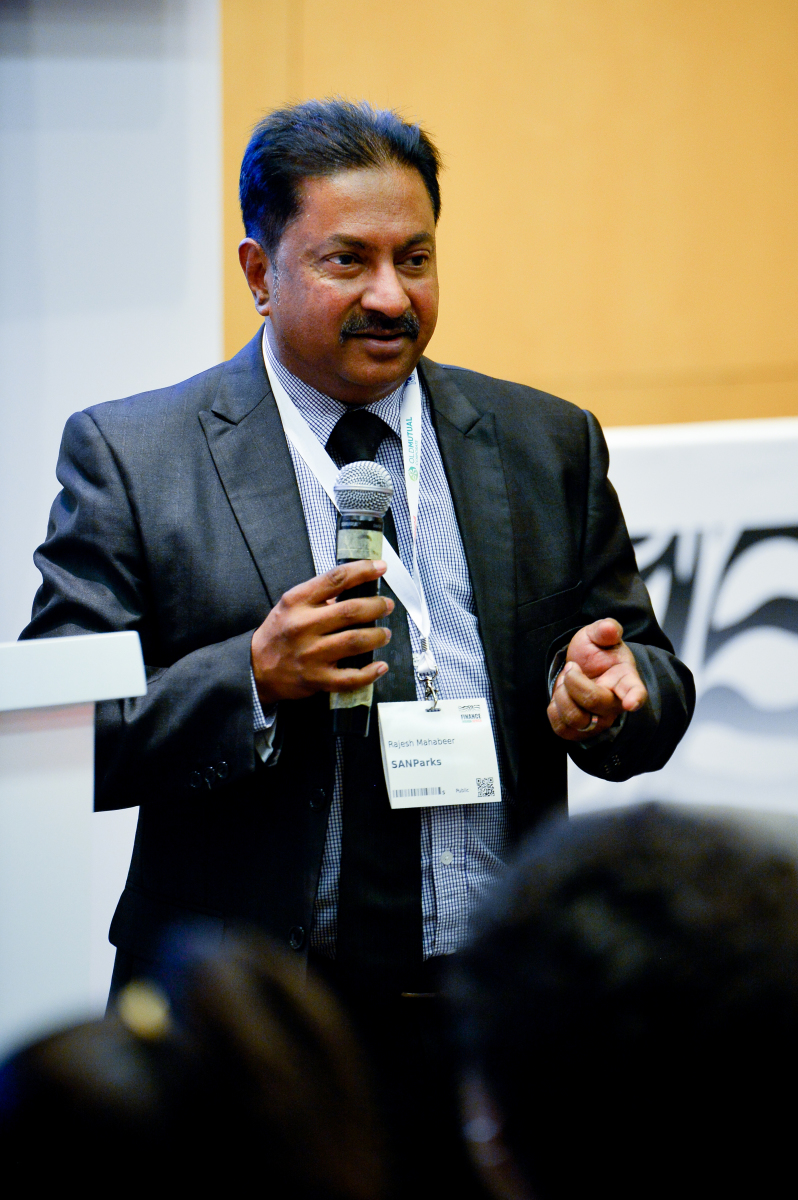 SANParks is different to most other 3A entities in that it generates 70 percent of its operating income on its own, Rajesh explains, with the balance coming from government. The operating model is thus quite commercial, although the revenue streams are limited. "But the costs are increasing. SANParks needs more rangers in the bush, needs to invest more in interventions in the park to detect and stop poachers, and needs to pay more overtime. So, at the end of it all, you need an agile business model and to be able to shuffle your money around quickly in the areas where it's most needed; to respond quickly. It's about arranging your funds to get the most out of everything."

"When beginning the journey, we would consider previous experiences as well as what the future landscape may look like, and what may be different. Through received intelligence, we would try to predict as far as possible, also looking at economic indicators - what's happening with tourism, the weather, ecology, government - and then aligning this with the NDP."

A new beginning
Despite how rewarding he found the role at SANParks, Rajesh believed it was time for a new challenge; something different. "When I was appointed by the previous board of SANParks, there was a specific mandate I needed to achieve, which included getting a clean audit, setting up a finance team, ensuring we had the right people in the right roles, and creating stability in terms of the finances. I achieved all of this in two years and on a sustainable basis. I'd been in the finance space for 38 years and wanted to do something different. When the opportunity arose at Garuda Capital - an opportunity which embodies all my financial skills and knowledge, and which is also very strategic - I said, ok, it's about time I do something new, having achieved all that I wanted to achieve at SANParks." He explains that Garuda Capital, financial intermediaries, operates in the mergers and acquisitions and fund mobilization space. The company, which has connectivity globally, works in both the private and public sectors.

Rajesh is pleased with the change of scenery: "Every day you are immersed in analysing the financial statements of different clients," he says. "You need to look at the reasonableness and correctness of these and consider the interests of investment bankers and other investors. But you are also taking this work to the next level, where you do the corporate finance work on it." Rajesh is currently working on a property deal worth R1.6 billion, he says.

"In that deal we've got different professionals, such as architects, structural engineers and so on, and all this information is critical to the decision-makers in the investment, as well as the credit teams. So, while you are working with different disciplines, you are the lead person who must put it all together into one pack that makes sense and includes all the information for the credit committee."

He seems invigorated by the new challenge, and eager to get going: "I'm very excited about what I'm doing. The nature of the transactions is very different. The deal flow is quite healthy so I expect to be very immersed in the M&A and financing space. Basically, continuing to polish up my corporate finance skills so that I'm able to deliver the results the client is looking for."