CFO of the Week: Jonathan Maehler, ChemSpec: honest information - a recipe for success

“I have always had the philosophy that honesty, which at first, in some cases, may lead to a negative response, in the long run acts as a motivator,” says Jonathan Maehler, Financial Director at ChemSpec, one of Africa's largest paint and coatings companies. He has been guiding the business through a difficult period over the last three and a half years. “Being a CFO requires toughness in these situations, because you have to bring the truth to the fore. Through an intense focus on growing sales and regaining customers, we have found our way up.”

Maehler did his articles at BDO, where he subsequently spent most of his career as a director, specializing in management and tax consulting, corporate governance and corporate finance. "I did a lot of work around corporate governance, JSE listings and M&A. I have got a Masters in tax, which helped me a lot. I had clients who were very inquisitive about expanding further in South Africa and the rest of Africa. Between 2004 and 2007 I was also heavily involved in M&A."

In 2008 Maehler moved to ChemSpec for the first time. "As a consultant and business advisor I was the guy giving the advice and enabling others to be successful. I felt it was time to take some of my own advice. I was listing one of my clients, ChemSpec, and they asked me to join them. I had no experience in the industry, but I had been their auditor for about 8 years. For various reasons I left after a year, but when the chairman, Ivan Clark, and the other major shareholders injected more cash into the business in 2011 they approached me to come back."

Although Maehler still feels his decision was made for the right reasons, he says the move wasn't as successful as he had hoped. "The economy was a factor. I joined ChemSpec in 2008 at the start of the great recession."

The reason for ChemSpec's near-meltdown is clear, says Maehler. "ChemSpec ran out of cash. The business suffered a fire at one of its plant and its insurers at the time balked at paying the claim. At the same time management tried to fund the re-location of all its plant (long term capital investments) with short term cash. As a result the business ran out of stock and customers left. The paint business is tough and there is lots of competition. When I joined in 2011 my brief was and still is restoration towards sustainable profit. That's taken longer than we anticipated. One often overestimates what one can do in a year and often underestimates what one can do in ten. Luckily, I am the kind of guy who enjoys a challenge. At ChemSpec I get to work with some of the top business people in the country."

"Winning our customers back and gaining new customers has been our focus ever since and this is reflecting in our positive sales growth," says Maehler. "Recently we have also embarked on a period of intense austerity. We have managed to take around R10 million out of the overhead structure by rationalizing our route to market and being more efficient. That has certainly helped, although it isn't great for morale. Having said that, ChemSpec has a very special bunch of people working here and without them this company would not be where it is today." 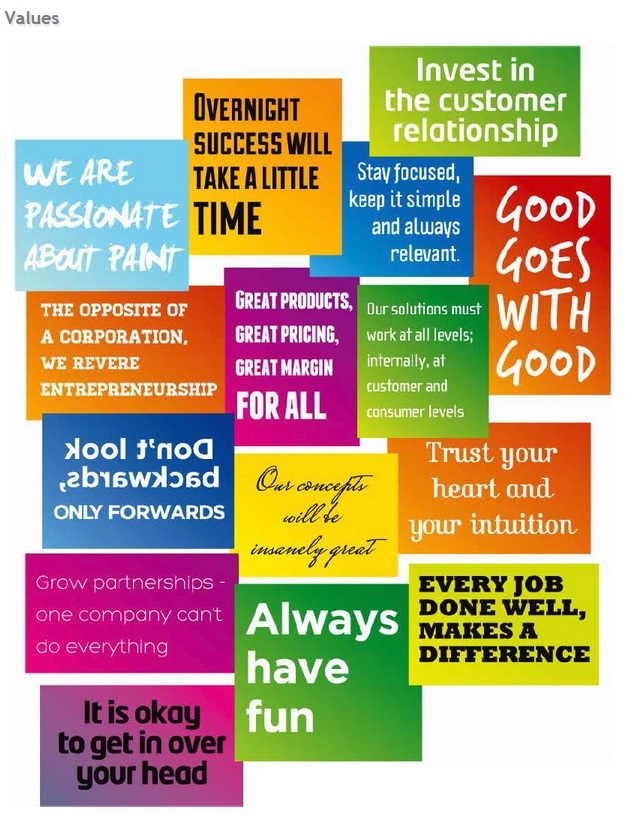 Maehler says his role as CFO stretches a lot further than balancing the books. "With our efforts to increase sales and win back customers I am active in the background. It is a balancing act between regaining customers and making sure they pay on time. Our customers and our partners are our most important value drivers. It is that customer relationship that ChemSpec is constantly working at, so we are all involved. Many of our customers are small, owned-managed businesses which requires a personal touch but having said that all our customers appreciate our personal touch."

Being a tough CFO also means standing your ground, Maehler says. "If you are in a team that always agrees with each other you should be worried. We will disagree on issues but the debate is healthy and positive. A good CFO brings more than just numbers to the discussions. I like to be heavily involved in strategy, be the CEO's confidante and work on high-level strategic ideas. Another thing that sets CFOs apart is being able to provide the right information, at the right time, to the right people. You need to be able to effectively tailor information for the specific audience. For example, the information that you provide your sale manager needs to be tailored to his/her needs compared to a set of monthly management accounts for the exco or quarterly accounts for the board. And information should not only be numbers, but also performance-related. Giving people information empowers them and creates focus and teamwork. It is a recipe for success."