The mandatory audit firm rotation (MAFR) that will be introduced in South Africa next year might include incentives for Big 4 firms to partner with smaller, black-owned competitors. The Independent Regulatory Board for Auditors (IRBA) is considering to allow auditors to stay with the same client for a longer period, provided they enter into joint audits when their mandatory tenure comes to an end, says IRBACEO Bernard Agulhas. In this exclusive interview with CFO South Africa he also notes his disappointment about the negative response from CFOs to mandatory firm rotation.

"I have been disappointed and surprised at the response of some CFOs and audit committees, who seem to not be happy with mandatory audit firm rotation," says Bernard Agulhas, CEO of the Independent Regulatory Board for Auditors (IRBA).

"CFOs should be happy, as new auditors can help them find things that have been missed in the past. It concerns me if CFOs are against this and in the case of audit committees, their very existence should also be geared towards applauding more audit independence."

Disputing that audit rotation will result in high cost to companies, Bernard also denies that audit quality will be compromised in the first few years. "They say it takes years to get to know a client. I find that hard to believe, because any first-year audit opinion has to be solid. What are the firms saying about their own first year opinions on the financial statements?"

Many CFOs fear that MAFR will be a musical chairs exercise for the Big 4, something backed by the experience in Europe, according to former Heineken CFO René Hooft Graafland, who does support audit rotation for providing 'fresh eyes'. "The former Heineken CFO is probably right," Bernard concedes. "There will be a lot of rotation between the Big 4, but that will at least address the primary reason of the new regulations and provide the companies with a more independent audit." 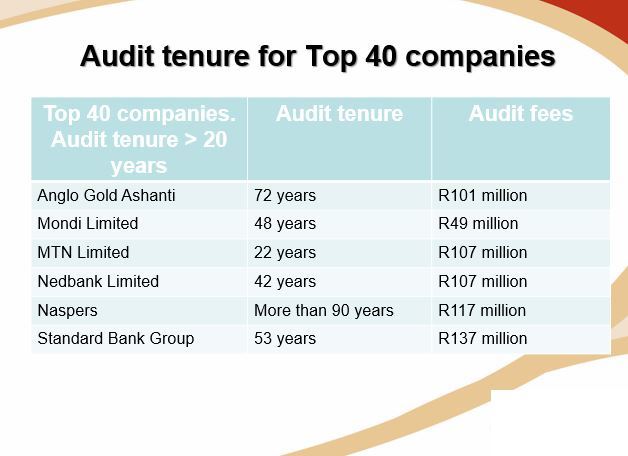 Why is mandatory audit firm rotation necessary?
"The mandate of the IRBA is to protect investors and the public. Responding to audit failures around the world and global concerns about auditor independence, the board started a consultation round in July last year, based on a research plan, which was finalised July this year. We did a lot of research and we fear that auditors are too cosy with their clients. Auditors should not be accountable to management, but to shareholders. We have noticed that audit committees don't consider independence as important and some companies are working with the same auditor over 90 years. As time goes on, the length of the relationship starts to worry."

"Our goal is to ensure that all investors can have confidence that the information upon which investment decisions are made, are not in any way influenced or affected by a close or long-term relationship between the company and its external auditor."

What will MAFR accomplish?
"The primary role of MAFR is strengthening of audit independence, while secondary roles are addressing transformation and the current market concentration. We looked at all the listed companies on the JSE and found that only 3 percent of them have a black African as auditor who signs off. That is not an acceptable number for the IRBA, more than 20 years after the start of democracy. At the same time, the Big 4 audit over 90 percent of all JSE-listed companies, with PwC alone having a market share of 47 percent. That means we need to do something to give smaller, medium-sized and black firms an opportunity to enter these markets. 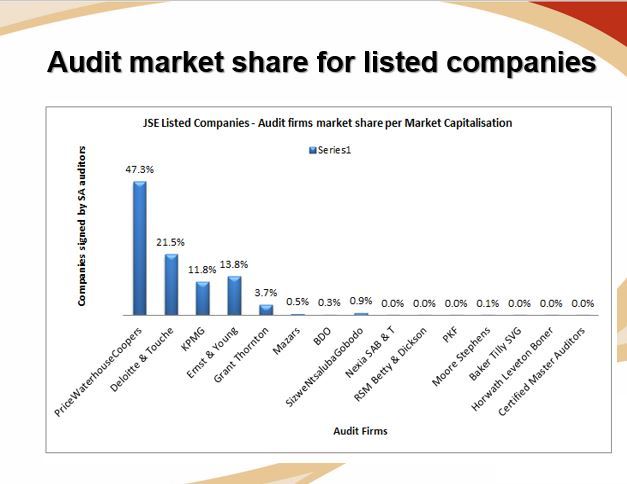 What have responses been like?
"The Big 4 firms have been very critical of the proposal, and it is recognised that they may stand to lose huge audit fees from certain clients. But the Public Investment Corporation, as biggest investor in the country, cannot wait."

What rules are you considering during the current implementation consultation?
"We might say firms have to rotate every so many years, but if there is a joint-audit between a Big 4 firm and a black-owned firm this period could be extended. All auditors that are registered with the IRBA have the required skills, but big firms often argue that the smaller firms don't have the skills and experience. If that is the argument, then other firms can never learn the ropes and we would have a big problem if one of the Big 4 firms would fail."

"We might also consider the length of the current audit tenure. For example, if you have been with one auditor for 50 years, you may have to start sooner. We are looking at making the starting date dependent on the number of years your current auditor is contracted." 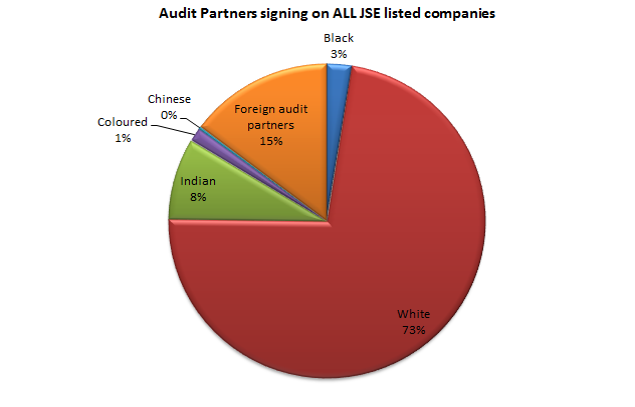 Are you expecting a legal battle over MAFR?
"The Big 4 have indicated, and I don't understand why, that they did not like the process. They have the right to go to court, but we believe we are on solid ground. If they do go to court, we can prove that we have consulted. To me it would be surprising if they would. We have pure motives. We don't want to be impractical or disrupt business. We will listen."

What will the implementation process look like?
"The investor and public participation process around the new requirements for mandatory audit firm rotation will open on 25 October 2016, when we will issue our proposal. Written responses have to be submitted by 24 December 2016. The new rules will be announced in the first part of 2017."